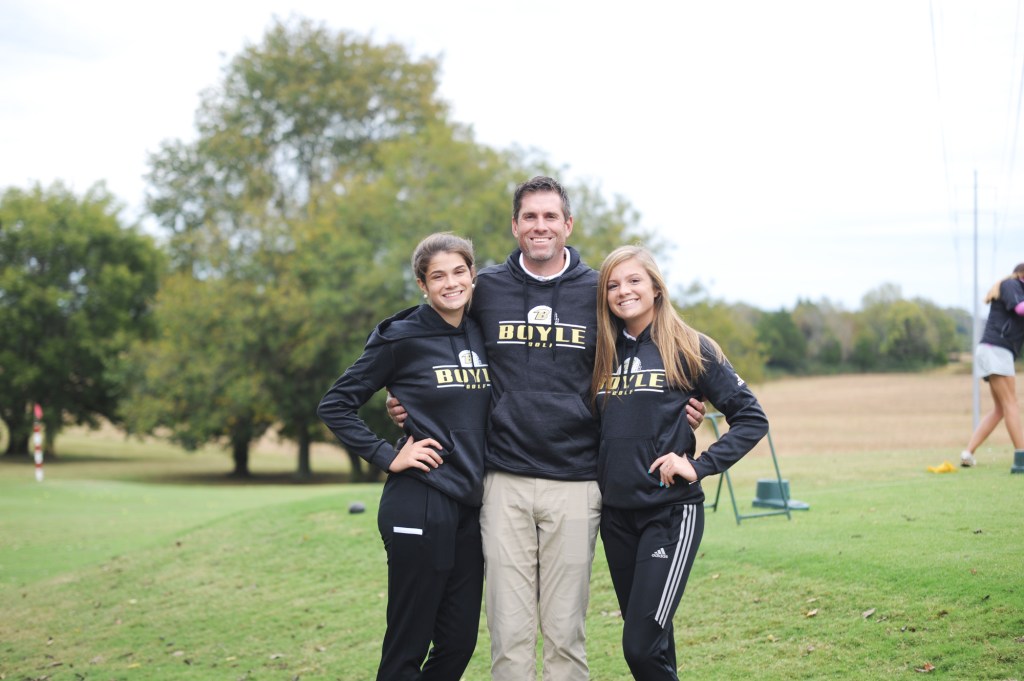 It’s safe to say that the Cerqueira era is in full effect on the Boyle County girls golf team. In his first year as head coach, John Cerqueira’s team produced two state qualifiers — his daughters Riley and Maggie.

In the regional tournament last week, the two sisters both shot 86 to take the final two qualifying spots, but just because their final score was the same doesn’t mean that one sister doesn’t have bragging rights.

“Riley, she ‘won’, so to speak,” John said as Riley held up six fingers on the driving range. “She’s six and Maggie’s seven and she’ll be the first one to tell Maggie that she beat her even though they shot the same score.”

But those final two spots weren’t clinched until late, and the two sisters almost had to go head to head to claim the seventh qualifying spot. 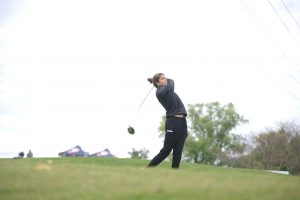 Maggie Cerqueira shot an 86 to tie her sister and qualify for state. (Photo Derek Brightwell)

“My biggest thing in region was that it was going to have to be me and Maggie in a playoff if this one girl came in shooting better than us,” Riley said. “But luckily she did not so that made it a lot less intense. That would have been one of the worst things having to have a playoff with my sister. I don’t know if I could’ve done it just because I know how much golf means to her. So thankfully we didn’t have to.”

For Maggie, a freshman, having her older sister as a teammate and her father as a head coach in her first trip to the state tournament has made the whole thing that much better.

“It’s pretty special. Especially as a freshman in my first year being able to come and to be able to share that with my sister and my dad is special.

“Riley deserves every bit of what she makes. She’s come a long way and she’s motivated me to stay in it. Her hard work comes off on me.”

“I live for my daughters. I grew up an athlete. My dad had me and my brother in every sport there was and we loved it,” he said. “We loved the time together and that’s what this has meant more than anything for me. I get to be out here with them all throughout the week. Practicing and getting to learn some things. To come here as a family — my wife’s here — it’s going to be fun. We have one of their friends on the team, Paige (Newby) is coming to support us. That’s awesome. As a dad, to be able to come out here and see your daughters succeed in something, especially something you love, it’s just awesome.”

At the beginning of this season, coach Cerqueira talked about his young team and how the most important thing for them was their attitudes. From those early practices, he liked what he saw from his team whenever they would hit a bad shot or miss a putt close. He knows that it was that ability to move on to the next shot that allowed his team to finish third in the regional and what propelled his daughters to the state tournament. 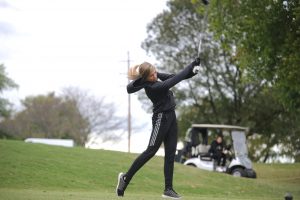 “Both of those were very much unexpected. The reason for that is that the girls I have on the team, they pick up a club in mid-July and those two or three months is all the play golf all year,” coach Cerqueira said. “The girls kept that positive attitude all year long and I really think that’s the reason Riley and Maggie are standing up there on the practice greens right now. They hit a couple of bad shots but they bounced back.

“That was indicative in the region. Both of them kind of struggled throughout the day — it was a tough day for all the girls. But Maggie finished one under par on her last two holes to secure that seventh spot and Riley eagled her last hole to secure her spot. They hung in there and never gave up.”

In the practice round Monday, all of the Cerqueiras were all smiles. On the driving range, when John would make an adjustment and one of the sisters would immediately hit it better, he would joke that “it’s amazing when you listen to me that happens.” But despite the family atmosphere, on Tuesday, they become opponents and when asked if they’ll beat their sister, both Riley and Maggie had the same answer: of course.