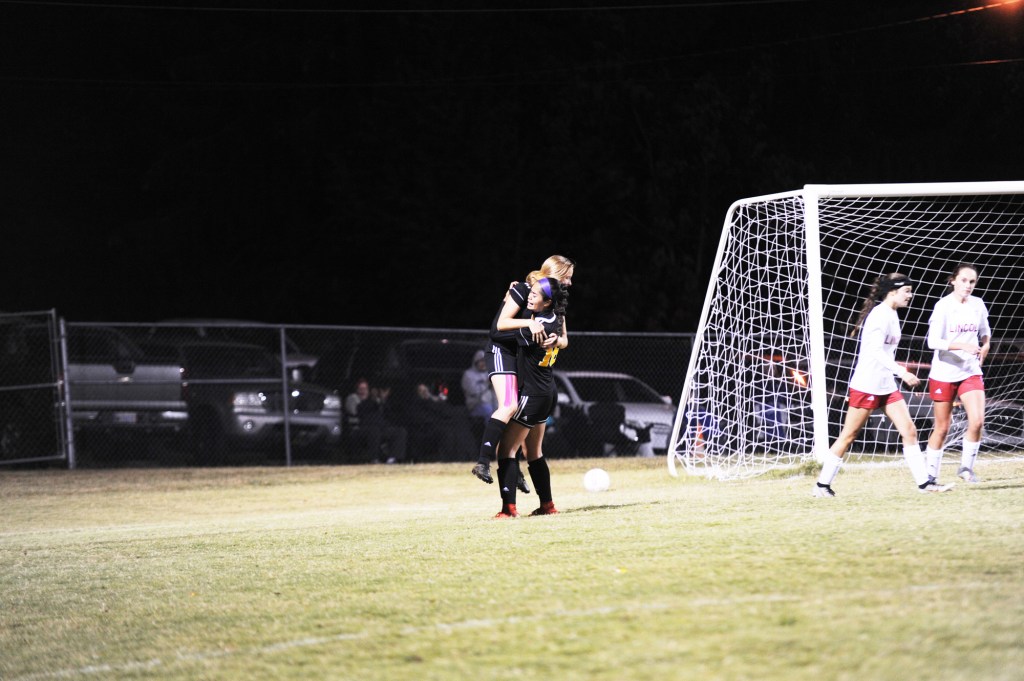 For the first time ever, the Garrard girls soccer team has a spot in the regional tournament after the Lady Lions came from down 2-0 to beat Lincoln County 4-2.

“There couldn’t be a better team to have done it than this team here. They work so hard,” coach Brett Deshon said about the historic achievement. “We’ve gone all the way through December last year to now and it just goes to show that hard work pays off. From our players to our coaching staff to our athletic trainers. We’re in there.”

In the first half, a pair of well placed balls found the back of the net to give the Lady Patriots and 2-0 lead First, a Bailey Story free kick near the far side line soared into the top of the net. Then, a Payton Byrd shot from inside the box found netting. It looked like that would be the score at the half before Marianna Cortes found Hannah Day who made an athletic play to score, putting the Lady Lions within one as the half time horn sounded.

“That changed the momentum all together,” Deshon said. “It was a great individual play by Hannah Day to make that play and the momentum just carried us all through the second half. It looked like we never really came down off that high.

“You’re still within shouting distance down one goal. Down two goals, you’re not out of it, but it’s an uphill climb. So to go into the half only down one goal, you’re still in it, you can fight back and win it.”

The second half was all Garrard County.

Cortes got a goal of her own off of a Emma Warren assist to tie it up and almost exactly a minute later, Hannah Day struck a free kick into the net to give Garrard a lead they would not relinquish. Day would make it a hat trick with 21 minutes left in the match off of a Zoe Willoughby assist to bring it to the final 4-2 tally.

“Starting off we looked really sloppy. It didn’t seem like we were in tune with the game. I’ll take the blame on that, I didn’t have them prepared,” Deshon said. “We made some adjustments late in the first half and at half time and it really showed. These girls fought. All credit to them. They have the heart of the champions. They fought very hard tonight for our county.”

Even though a trip to the regional tournament makes this season one for the record books in Garrard County, the Lady Lions are not finished yet.

“We want to win the thing,” Deshon said. “It’s on our field. We knew before the season started that we were playing here in district. It’s been our goal all year long. We knew we wanted to win district and we knew we had to win this one first before we did anything else.

“Now our goal is in sight. We want to win district and we’re going to do everything in our power to get it done. Danville is very good so we’re going to have to do some work tomorrow.”

The district championship will be played at 7:00 p.m. at Garrard County.