Boyle dominant in win over Lincoln 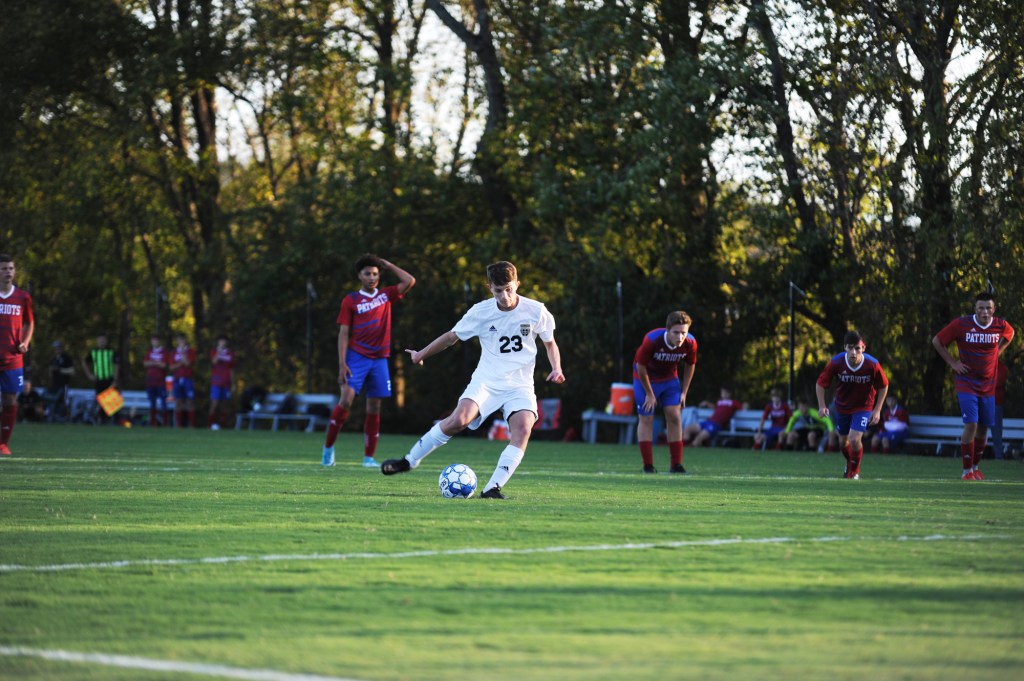 Caden Ferrell's penalty kick was the only goal for Boyle in a dominant first half. The Rebels broke it open in the second. (Photo Derek Brightwell)

Boyle County came out and made a statement in its 5-2 win over Lincoln County to advance to the district championship and secure a place in the regional tournament.

In the first half, the Rebels set the stage as they controlled the possession for most of the period, but only was able to capitalize on one shot — a Caden Ferrell penalty kick — to take a 1-0 lead to the break.

And it didn’t take long for the goals to come in the second. Less than four minutes into the half, Eli Goggins scored to make it a 2-0 lead, and less than three minutes after that, Gabe Hodge played a deflection into the net to push the lead to 3-0. 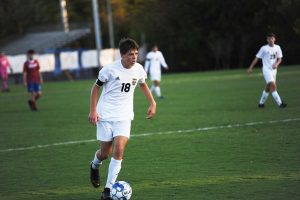 “I think tonight — they’ve done it earlier in the season but it’s been awhile since they were all playing together and trusting each other,” McMann said about his team’s play. “Yesterday we had a really good practice and they just continued what we were doing yesterday. A lot of good one and two touch passing. Play simple, play the way that you’re facing, trust your teammate that’s open.”

The Patriots had some life come back into them when a handball called on Boyle gave them a free kick. Trey Cummins took full advantage of that, squeaking it past keeper Ethan James to close the gap to 3-1.

But Boyle was quick to answer, as Sean Bell got the ball free out of a crowd around the Lincoln net to make it 4-1 less than two minutes after Cummins’ goal.

Cummins was able to answer back in the form of a corner kick that he knocked into the net to bring the Boyle lead back to a two goal difference.

“Even when you mark that kid, he still figures out ways to score. He’s good,” McMann said about the Lincoln star.

But that was the only goals the Patriots could get, thanks in large part to the efforts defensively of Hunter Baltazar.

“Nobody marked (Cummins) because we knew they were just going to play long through balls and use their speed. Hunter and Ethan know how to deal with that,” McMann said of the strategy. “They did a fantastic job. We gave Hunter one of the player of the game jerseys because he did a great job back there.”

“Ethan is always a leader and he didn’t have to make a whole lot of saves, but his goal kicks — he put them 60 yards up the field so we’re immediately in their defensive third and attacking,” McMann said. “That’s helpful.”

On Thursday, the Rebels will have to go through crosstown rival Danville to claim the district title. That game will be on Thursday, Oct. 10 at 7:00 p.m. at Danville.