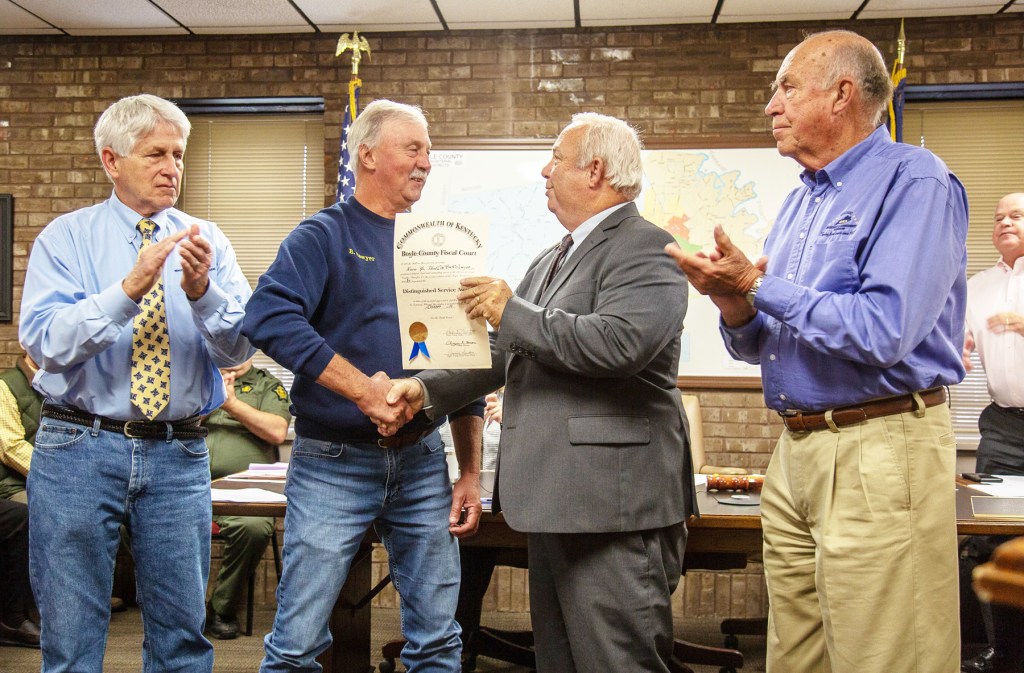 In July, Sawyer rushed into a burning home to wake the homeowner and get him out to safety.

It was noted it wasn’t the first time Sawyer had helped save someone’s life.

Joyce Zinner attended the meeting and said, “Four years ago, he basically saved me in a car accident. So I’m here to thank him for that also.”

“For the second time in his career as Boyle County constable from District 1, Buck Sawyer distinguished himself by saving a gentleman from a burning house fire,” Hunt said, reading from the award. “… Sawyer has performed diligent, loyal, outstanding service to the citizens of Boyle County. Therefore it is the recommendation of the Boyle County Fiscal Court that he be granted this distinguished service award.”