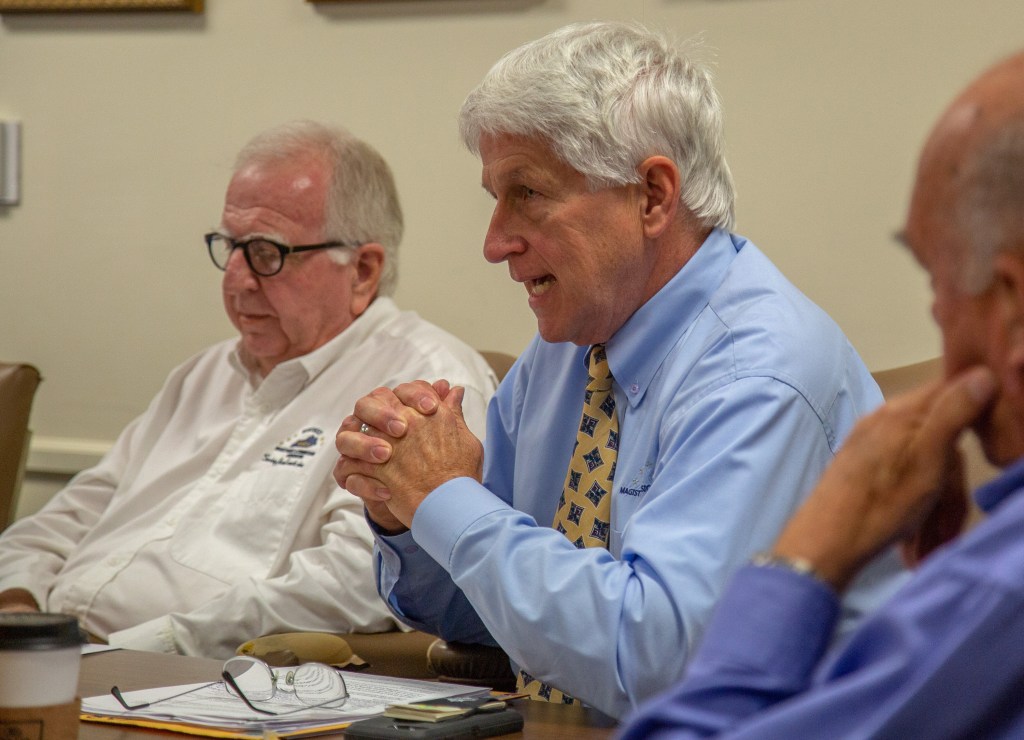 A Boyle County Magistrate is questioning whether Danville elected officials reviewed the county’s most recent proposal for a joint parks ordinance before they voted in favor of a city-run parks department last month.

“I would like to know the depth of reading that was done by city (commission) members,” Magistrate Tom Ellis said Tuesday morning. “I think that’s a question worthy of exploring.”

Ellis said earlier in the year, Boyle County officials “rolled up our sleeves” and provided a lot of input to Boyle County Attorney Chris Herron on changes they would like to see in a proposed ordinance that would overhaul the current Danville-Boyle County Parks & Recreation joint agency.

“I can’t imagine the mass of information that our county attorney had to distill into” the version of the ordinance that Herron sent back to Danville on Aug. 13, Ellis said.

Emails provided by Herron’s office show he sent the county’s proposed revisions to the ordinance to Danville City Attorney Stephen Dexter on Aug. 13.

Ellis said the county heard nothing back from Danville for 41 days. Then, on Sept. 23, the city commission voted to repeal the joint parks ordinance that has been the foundational document for the joint parks agency and pass a first reading of a new ordinance that would create a parks department run exclusively by the city.

Danville could pass a second reading of its new ordinance at its next meeting this coming Monday, which would finalize creation of the city parks department.

“We are now poised for action by Danville City (Commission) on Monday evening that could nullify our relationship on something of great consequence to Danville and Boyle County,” Ellis said. “… Our input apparently received little or no review and we received no feedback for 41 days. So, I’m making an appeal to city (commission) to suspend any action on Monday night to dissolve our contract, and I’m making that on behalf of Danvillians and Boyle Countians.”

Bell said he’s had 14 meetings on the situation in the last week alone, and he has more planned this week.

“In my opinion … I do not believe an action will be taken next Monday evening by the city commission” to finalize a city parks department, he said.

“What does Vegas say on that?” Magistrate John Caywood asked.