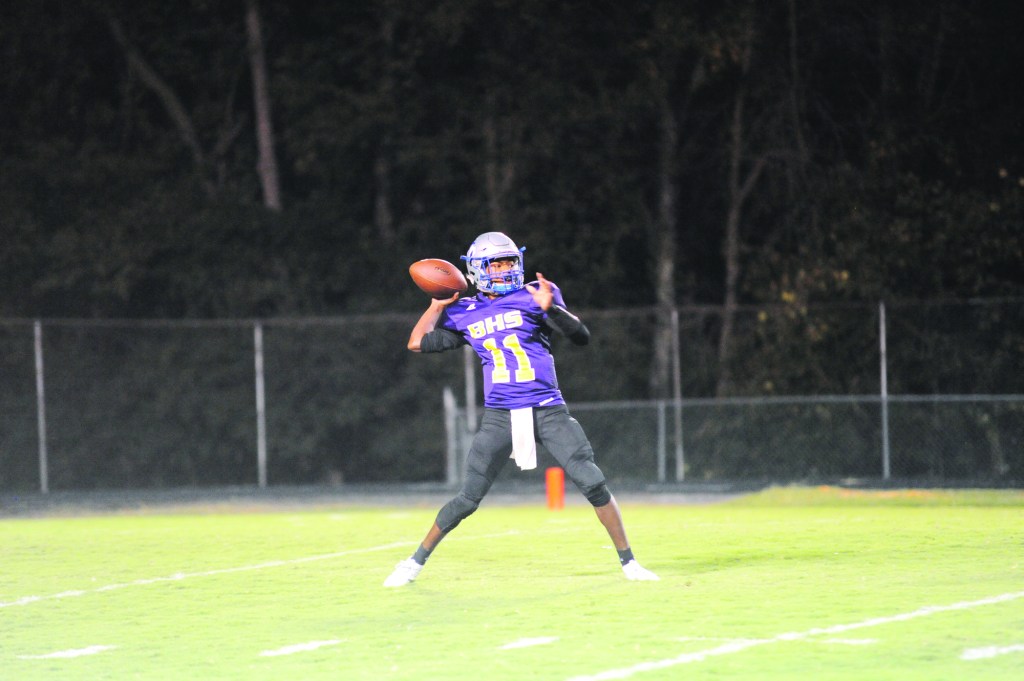 Friday night’s road showdown for Danville is more than just its first district game of the season. It’s a continuation of an over century old rivalry with Somerset.

“You go back into the early football — back when Boyle County didn’t even have a football team back in the 40’s and 50’s — it was just a big rivalry game,” coach Clay Clevenger said. “They used to ride the train — people would ride the trains down. There’s some cool stories about it.

“Obviously there in the 70’s it got heated and they didn’t play for a while,” he added, addressing the suspension of the rivalry following incidents of fighting between the teams’ fanbases. “It’s a big rivalry. For Somerset it’s probably the biggest rivalry on their schedule since they don’t play their crosstown rivals anymore. So we have to understand that and be able to match that intensity.”

In a 1985 interview, former Somerset coach William Clark recalled that the rivalry really picked up in the 1920’s when Southern Railroad presented a trophy to the winner. It didn’t take long for the game to balloon into a festival and draw capacity crowds, he added per the Commonwealth Journal.

While the rivalry has belonged to Danville (49-19-2), Clevenger is only thinking about this year and last year’s matchups, when the Briar Jumpers took both the regular season and playoff wins.

This year’s Somerset squad enters the week ranked No. 1 in 2A and undefeated, but will be without star running back Alex Miller who left last week’s game at Hazard in the first series.

“They got a good football team. The quarterback has a very strong arm and is a very good athlete,” Clevenger said. “They like to run down hill with the Miller kid so we’ll see what their answer is not having him. I think we’ll be able to tell early. But I think the biggest thing is we just got to go play fast and play physical.”

That quarterback is Kaiya Sheron, who’s completed 61 of his 85 passing attempts for 1,166 yards and 13 touchdowns while only throwing two picks. He’s added 415 yards on the ground and two scores.

“He does a really good job of scrambling. I know he scored a scrambling touchdown on us last year in the playoffs,” Clevenger said. “He makes some plays with his legs. And they’ve got weapons out wide too. So if you don’t cover well he’s going to throw it and if you do cover well he’s going to take off and run. So it’s kind of a catch 22 in that.”

On defense, Clevenger says that Somerset “give(s) you some different looks which isn’t something you always see at the high school level.”

Last week, Somerset went to Hazard and won 21-9. Against the same opponent, Danville had the game won if not for a late penalty. Clevenger says that his team can use that film to prepare for Friday’s game.

“It’s something that we kind of talked about and we showed them that film,” he said. “We told them that they know what they’re getting and here’s what it looks like.”

Last week, the Admirals (2-4) picked up their second win of the season — having lost the last four after an opening week win. Clevenger has talked about maintaining his team’s confidence level all year, and feels that the win over Allen County-Scottsville was a big boost.

“It’d been a month or better for us. I think it just reminds us that we can do this. Once you start to lose a little bit and you lose a little bit of confidence,” he said. “You start overthinking things and you start to wonder can we do it. I think that win last week showed us that if we come out and put our minds to things and get after people that good things will happen.”

In order for his team to make it two wins in a row, Clevenger knows that the biggest thing for his young team is to come out ready to play and match the intensity of Somerset out of the gate.

“Getting off to a good start is going to be key for us. That’s something that’s kind of plagued us at times. I think we’ve come out on our heels at times this year,” he said. “We can’t do that against this group or we’re going to be in a hole real quick. We got to come out on our toes and be ready to make plays.”

Friday night’s showdown will kick off at 7:30 p.m. at Somerset.