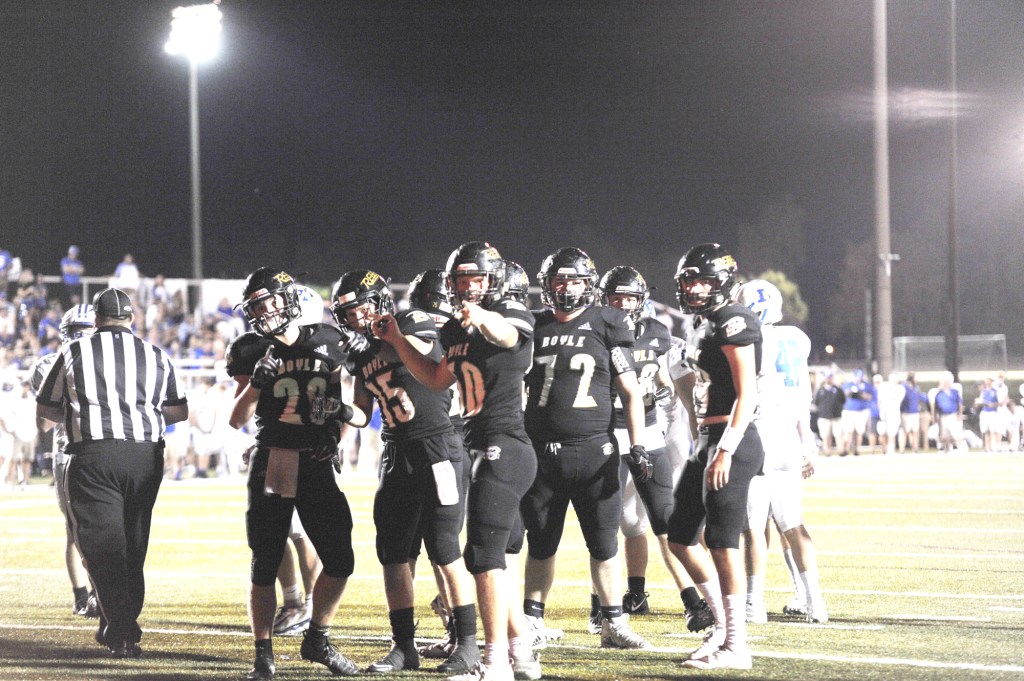 The last three games have been what many around the state were calling a “proving ground” for the 2019 Boyle County football team. And two weeks into the challenge, the Rebels have answered the call as well as a team could.

The stretch opened with a 71-28 rout of Christian Academy of Louisville followed by a 30-0 shutout against Highlands. Both teams entered those games ranked in the top five of their class. That holds true for Friday night’s opponent, Lexington Catholic (4-2), as they enter Rebel Stadium ranked No. 4 in 4A.

“Well that stretch isn’t over yet,” Boyle coach Chuck Smith said about the three games. “It’s hard to put back-to-back-to-back games. We couldn’t do it last year in the playoffs so it’s something we have to work on and be good at. When you get to the playoffs, you have to be able to play four really good games back-to-back. I think this is really good practice for us.”

“Coach Smith scheduled these three games because this is what it’s going to be in the playoffs,” receiver and safety Reese Smith echoed. “You’re going to have to play good teams back-to-back. I think this will be a good test for us. I think we’ve answered the call and we just need to answer it one more time.”

Much of the focus of the game will be on Reese Smith and the Rebel secondary as they are tasked with shutting down Mr. Football contender and UK commit Beau Allen — something that no team has been able to do this year.

“We’re going to cross our fingers a whole lot and hope that he’s not on. But he’s a good player but we play pretty good defense too,” coach Smith said. “We’re just going to have to cover them and get some kind of pressure without blitzing.”

Reese Smith — who is also a contender for Mr. Football — said that he got to know Allen on the recruiting trail, but that won’t be a factor once the game kicks off.

“I have all the respect for Beau. We were being recruited together for some schools so I got to talk to him a little and he’s a great dude,” he said. “But when we step on that field, I don’t have any friends and I’m just going to do what it takes to help my team win.”

Allen also brings with him a group of receivers that are led by Corbett Jackson and Blake Busson.

“I think numbers 1 (Jackson) and 85 (Busson) are their two main targets he likes to go to, but he goes to all of their receivers,” Reese Smith said. “When I’m back there and he isolates one, of course I dial in and look at that. He’s a good quarterback and he’s throwing the ball around a lot so it’ll be a good test for the DBs.”

Friday night’s showdown will be at Rebel Stadium with a 7:30 p.m. kick off.