Looking back: Dr. Augustus Rogers was superintendent at Kentucky School for the Deaf for 32 years

Dr. Augustus Rogers became the seventh superintendent at Kentucky School for the Deaf and spent 32 years in that position before he retired in 1928. He also served as secretary of the board of directors. 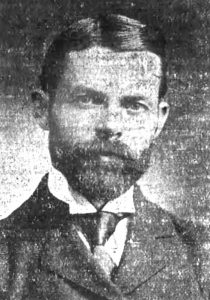 He came to KSD in 1888 as a teacher, and later was named superintendent.

“He was largely responsible for growth and improvement in the school during his years there, and won prominence throughout the country as a school administration,” according to an article in the Kentucky Advocate archives.

Rogers was highly respected and frequently consulted by educators of the deaf in other states.

He also served on committees and in different offices in the convention of American Instructors of the Deaf and Conference Executives of American Schools for the Deaf.

He was elected president of the National Association of Superintendents and Principals of Schools for the Deaf in 1924.

After he retired from KSD, Rogers served as executive secretary for Centre College for one year, and returned in to KSD in 1931 as bookkeeper and served until 1934.

After Rogers first returned to Danville, he served as assistant postmaster at the local post office.

Rogers was born in Bourbon County, and graduated from Centre College in 1884.

After graduation, he left Kentucky and headed for Alabama where he worked as general manager of a large cotton plantation; and later was a partner in a real estate and insurance business in Montgomery, Alabama.

He worked at the Welsh & Wiseman Co. and served as assistant postmaster prior to his appointment to KSD.

During his 40 years in Danville, he was active in church and community. 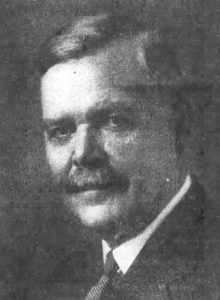 Rogers was active and an officer and elder of Danville Christian Church. He served on the church building committee in 1914 when the new church was built on Main Street. He also took part in other community activities. He was a member of the Danville Anaconda Club. He was on the board of directors of Danville Kiwanis Cub. He also helped to reorganize a Fox Chase in 1888.

Rogers received a master of arts degree from Centre College in 1894 and a doctor of letters degree in 1919.

Rogers was born in 1863, and was the son of the Rev. John Rogers, a minister of the Christian Church. Rogers studied for two years at Kentucky University in Lexington. The family moved to Danville and he completed his studies at Centre. He was the third graduate of Centre to become principal at KSD.

He later married Nell M. Keel of Farmville, North Carolina. She was a teacher at the Woman’s College of Centre.