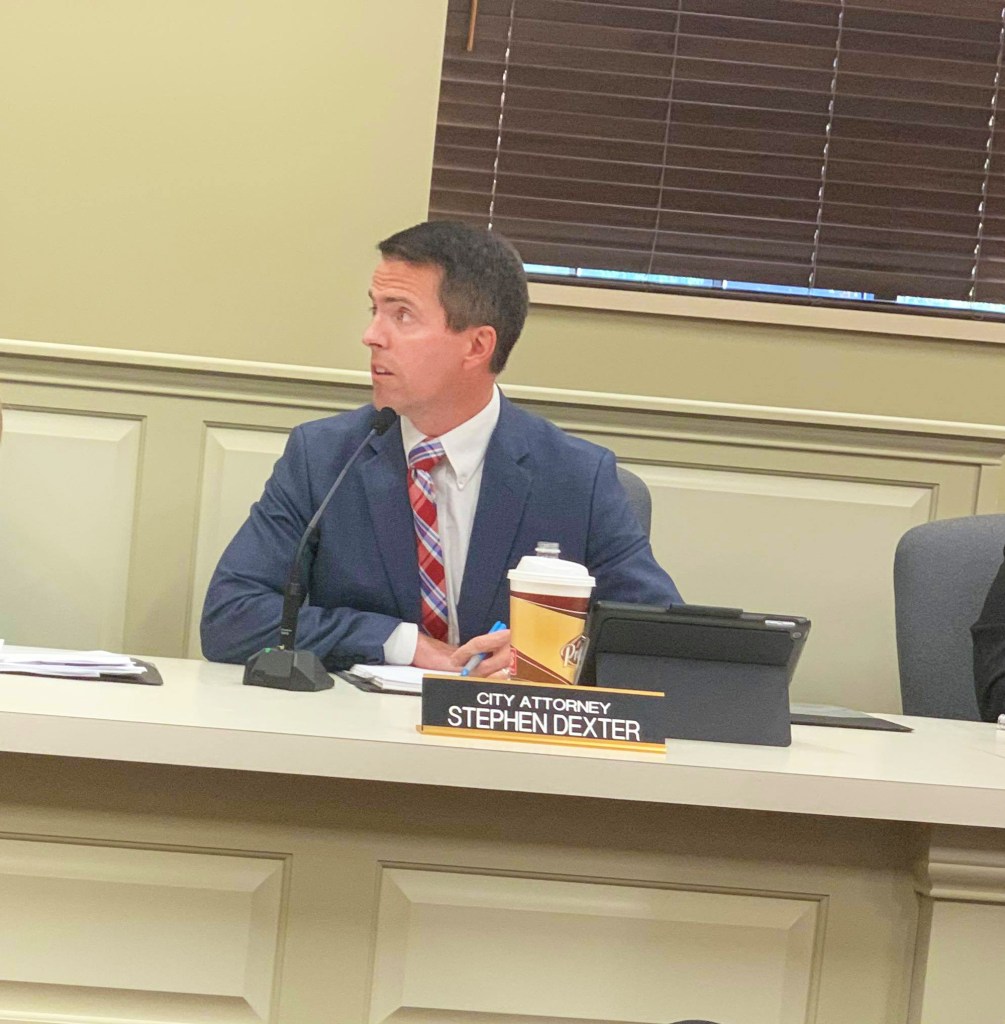 Danville City Commission voted 3-2 to finalize creation of a city parks department Monday night, but a vote to finalize repeal of the existing joint parks agreement with Boyle County failed.

The city voted in favor of creating its own parks department and doing away with the joint agreement two weeks ago, but both moves were up for second votes this week. Since the first vote, two commissioners and two magistrates sat down, along with Danville-Boyle County parks Director John Bell, and created a list of possible options they feel should be discussed first as solutions, before making any official move to separate.

Three commissioners were interested in tabling a second reading of the ordinance creating the city’s own parks department. But City Attorney Stephen Dexter emphatically told commissioners who wanted more time that they would be doing a disservice to the local parks system by tabling the ordinance. Dexter said it should be handled before the end of the year — a timeline that has many confused.

Dexter said he believes the move of creating a city-run department should be handled before City Manager Ron Scott retires at the end of the year.

“Two weeks ago you made a decision that you thought it was the best course of action for the efficient delivery of parks & recreation services to be enabled through a city department. If nothing has changed in those two weeks, I would advocate that you not table … and actually vote on it,” Dexter said.

The ordinance passed with the votes of Mayor Mike Perros and commissioners Denise Terry and J.H. Atkins. Kevin Caudill and Rick Serres voted against.

When it came to the ordinance repealing the joint parks partnership with Boyle County already on the books, Atkins switched sides and voted against repealing it, along with Serres and Caudill.

“I voted the way I voted because I still want to keep the door open to work with the county,” Atkins said after meeting. “Two weeks isn’t going to kill anybody.”

Before the vote, Serres said he’s had concerns since the first reading two weeks ago. He said the option was still there to table the plan, in order to give more time for ongoing discussions with the county.

Serres is concerned there is no actual job description for the new city parks director’s position; he feels it should be part of the ordinance document. He feels the same about what kind of staff the department will be able to have, as well.

“The other thing is that there’s been some productive talks with some of the magistrates at fiscal court. We do want to work together,” he said.

Serres said before the commission moves on the ordinance, he’d like to see a framework for a service agreement with the county “so that we know where we’re going with this.” He referred to alternative options put together by Director Bell, based on conversations he’s had with city and county officials over the last two weeks.

Serres said those options were well-received by some magistrates. “And that’s the reason I’m bringing this up. I would be inclined to table this and give it a couple of weeks to hammer out a few things.”

“First of all,” Dexter responded, “the job description of any city office or officer is never a part of any city ordinance.”

Dexter gave a few descriptive analogies of where he felt not passing the ordinance would leave the city, such as “the foundation is on sifting sand,” and that it’s critical for the city to “drop anchor at some point.” He said without the ordinance, no service agreement could be created between Danville and Boyle County.

“You have to take this action tonight,” Dexter urged. “Tabling it does nothing but delay our work on the project.”

Dexter said if the situation changes and Boyle County takes an “effective vote” to “fund the joint option … the city can reconsider what it has done.”

After Commissioner Terry asked if a later effective date could be issued on the ordinance, to leave room for more discussions, Dexter said that can be altered “down the road” if negotiations on a service agreement aren’t met by the end of the year.

“I think when you have momentum on this issue, it is important to proceed in a manner that’s efficient, and while we have current leadership in place for that to occur,” he said.

Dexter was referring to City Manager Scott’s retirement. “We’re ready to have a transition of leadership in this city, it’s just, quite frankly before us,” he said. There can be a delayed effective date, “but however, it’s something staff thinks we can accomplish before the end of the year.”

Scott brought up that delaying the ordinance’s effective date could affect the budget process, saying that Jan. 1 is the “optimal time to begin on the service agreement and determine revenue and cost.”

“No, no, excuse me. If I can correct that, that’s not entirely accurate,” Dexter interjected. He said staff is recommending that there be a city department to “administer Parks & Rec jointly” with county participation through a service agreement. “That’s quite different from the way you phrased it.”

Atkins said if a city department is created, he feels the message he would receive “if I sat up in the (fiscal) court is that we’re not willing to play ball with you anymore.” He said the commission sent a message two weeks ago to the county that the city is going to move forward, “and we’ve only given them a few weeks. I’m of the opinion that I’m willing to give them more time to decide what they really want to do. I think that’s what the subcommittee has asked us for — more time to continue working on some of these proceedings and processes.”

Terry said she’d like to hear the rest of the options that were discussed, but Dexter interjected that he’d like to reply to Atkins.

“Staff has not taken off the table the desire to continue negotiations … but we’re talking about a funding level … so that doesn’t change, and that won’t change after a second reading of tonight’s ordinance,” Dexter said.

Serres said the magistrates he and Caudill spoke to were actually in favor of a city-run department with a level of funding that’s equal to what the county pays now; they just wanted to be assured that they knew where the funding was going.

“My opinion is give them the opportunity to talk about it, and if the majority of the magistrates don’t go that way, then I’m in a different position,” Serres said.

Serres said Magistrates Cullen and Gay wanted the chance to talk to their court and come up with a positive solution. “I don’t feel like we need to rush into it. We’ll be meeting in two weeks, they’ll be meeting in between us. If it doesn’t go that way, I’m still feeling good about the city running a good department. We have more money budgeted than they do, we have more land … but I don’t want to disenfranchise our neighbors,” Serres said.

Caudill said the “good momentum” he sees is actually in the conversations with magistrates. “Just like anything else, you’re stronger together, in my opinion. We’ve waited five years — I’ll go along with that, but we can wait a little longer to get the right thing done.”

Dexter said any details of a service agreement between the city and county would have to wait until the city actually moved to create a parks department that could offer services.

“Who’s writing the service agreement? Who’s fine-tuning the agreement of the Xs and O’s of what’s going to transpire?” he asked. “What you’re advocating, we can’t assist until you do what’s before you. An action on this item allows us to proceed.”

Dexter said commissioners seem to view action on the issue as harmful to Danville’s relationship with Boyle County. But “staff sees it as a positive momentum forward, which allows the partnership to flourish. I want us to be cautious in characterizing what we’re doing as a negative matter of city versus the county.”

Perros said perhaps if a service agreement had been created when the city and county first partnered on parks, the issue wouldn’t be such a problem today.

But Dexter wasn’t finished scolding the commissioners for attempting to table the ordinance.