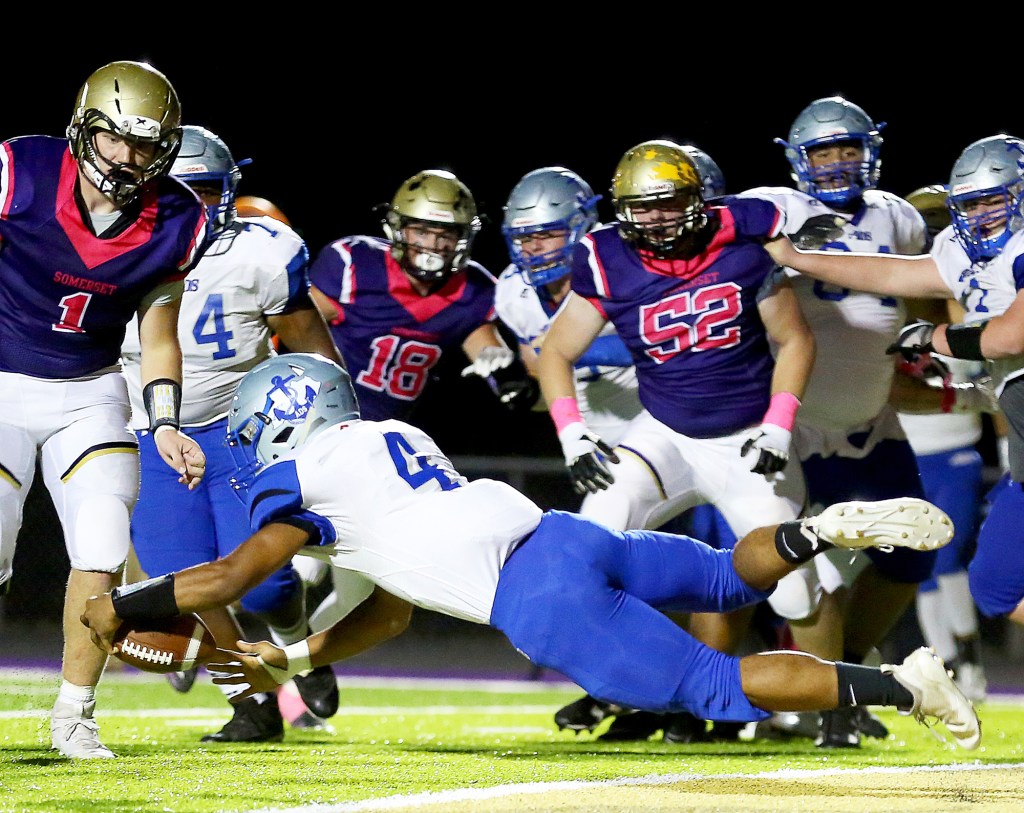 The 2019 season has been a tough one for a young Danville football team. Beyond the 2-5 record, the Admirals have been plagued with injuries to key players on defense.

Last week’s 40-21 loss at Somerset was especially tough, says Danville coach Clay Clevenger, because if not for the 21 points the Briar Jumpers scored early, Danville played them tight.

“We kind of have a bad taste in our mouths,” he said. “We want to go out and play good football for four quarters. Last week, you look at the last three quarters and we’re not playing bad. It was a score to score game — they’d score and we’d turn around and score. But we spot them 21 points with turnovers and things.”

After going down big, though, the Admirals were able to fight back and actually outscored Somerset for the remainder of the game.

“Coach Clevenger just told us to keep fighting and keep competing,” senior Eli Tibbles said. “He’s been telling that to us all year. That’s what we’ve been doing all year — just fighting and trying to get better.

That’s why Clevenger believes getting off to a fast start in Friday’s home finale against Washington County will be the key to maintaining confidence which is ultimately the key to winning the game.

“Confidence is the biggest issue for us right now, so getting off to a good start and playing well early typically leads to some confidence which means we’re playing better.”

A win Friday will mean a lot for a young team that’s had a lot of setbacks over the year.

“It’s really important because we’ve had a lot of adversity with injuries and we’re a young team. We’re starting to grow together and get better and more experience,” Tibble said. “We haven’t had the greatest year of all time but we haven’t put our heads down. We just kept working and coming in each week trying to get better. If we can get a win this week, it can really boost our morale.”

“I thought winning against Allen County-Scottsville really gave us some good spirits and we had a good practice that week, even though we took the loss at Somerset,” senior linebacker Darrian Bell said. “We learned from the Somerset game and we’re going to come out and play fast. I think (a win)— in practice we’ll come out with a third week of good practice. As long as we keep our confidence up — we have guys that can play and we have guys that can make a bunch of plays.”

Standing in the way of a win for Danville is Washington County (4-3) and star quarterback Jatavian Churchill. Churchill has thrown for 783 yards and six scores, but his running ability is where the danger lies. On 74 runs, he’s gained 895 yards and 13 touchdowns.

“He’s a really good football player and he’s got great speed and elusiveness,” Clevenger said about Churchill. “So we’ve really got to be able to contain him and get after him and get guys flying to the football.”

While most of those runs come on plays drawn up to get Churchill in space, Clevenger also noted his ability to improvise when a play breaks down, and noted the danger in him escaping the pocket under pressure.

“That’s one of those where at times you just say let him throw it. You’d rather take your chances covering,” he said. “Sometimes it might be the ball gets snapped over his head and goes back and picks it up and makes four guys miss. That’s some of the breakdowns you’ll see on film — a fumbled snap that he takes off the opposite way the play’s designed… Those are the plays — they’re not planning on it happening either but he can adlib and make stuff happen.”

The Admiral defense is helped out by Hagen Burns and Drysten Turner returning from injury after missing the last few weeks.

“We’re getting a little healthier, finally,” Clevenger said. “Last week, we were down four starters on defense. That on top of some of our youth and inexperience that we had coming into the season makes you feel like you’re a little bit dilapidated.”

A win this week means that the Admirals still have a shot at hosting a playoff game, if they can beat Lexington Christian in the final game of the year. But that won’t matter if they can’t get the job done Friday night, and they are fully aware of that.