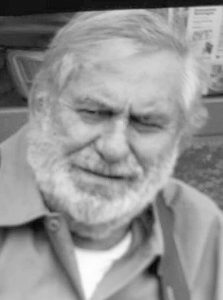 Earl Scott Ramey, 73, passed away Thursday, October 17, 2019. He was born November 13, 1945 in Pike County, Kentucky, one of eleven children of the late Freelin and Della Stiltner Ramey. Earl was the husband of his beloved wife, Gay, and they were married 40 years.

Earl was a farmer and enjoyed spending time on the farm. He was a member of Perryville Baptist Church and enjoyed sitting on his porch and visiting with others.

Along with his parents, Earl was preceded in death by a son Matthew Nathanial Ramey, and triplets, Earl, Ermel, and Freelin.

The funeral service will be 11:00 a.m., Monday October 21, 2019 at Perryville Baptist Church with Pastor Aaron Hackworth officiating. Visitation will begin at 9:30 a.m., Monday morning at the church. Cremation will follow services.

Services are under the direction of Walden Funeral Home.

In lieu of flowers, memorial contributions can be made to Walden Funeral Home to assist the family with funeral expenses.