Where are the workers? Boyle businesses struggling to fill open positions 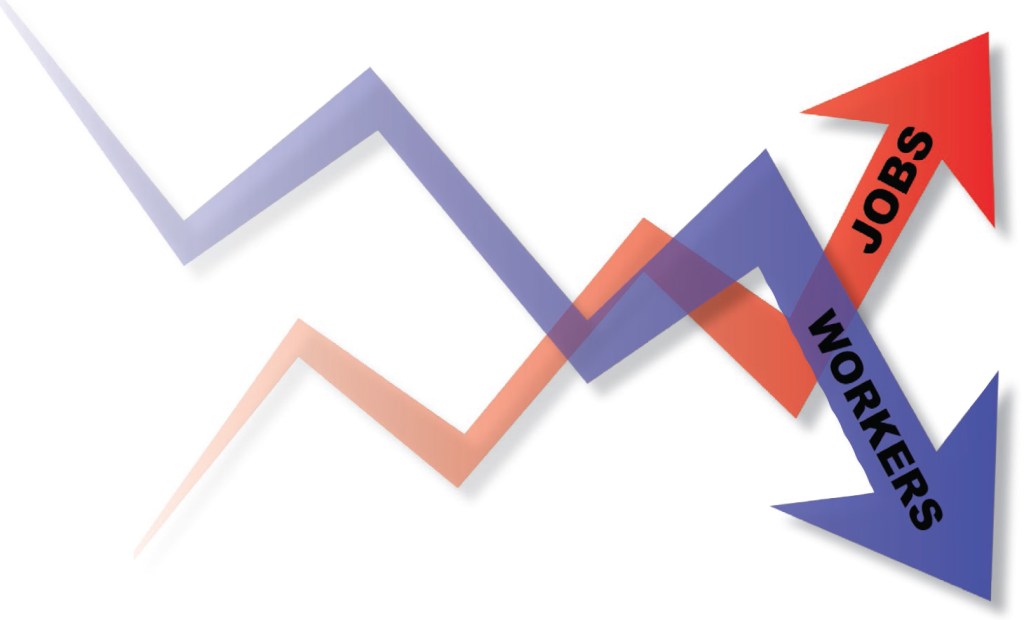 As Kentucky continues to maintain a low unemployment rate, Boyle County businesses continue to struggle to fill their open positions. They are looking in new places and trying new strategies to hire the people they need, but jobs continue to remain open at many businesses around the county.

It’s a problem that may be caused simply by not having enough people living in the area to fill all the jobs that are available, according to local officials who serve on the Economic Development Partnership board.

“There’s obviously demand out there,” he said. “Is there a supply to meet it?”

“In many respects, I have to answer that question, ‘No,'” said Jody Lassiter, president and CEO of the EDP. “It’s a sheer body issue. Go out and have 10 more kids — but that’s only going to ripen in 20 years for the workforce. … In sheer bodies, we do not have the necessary amount to fill all the jobs that are open out there.”

Lassiter said substantial population growth is really only being seen these days in metropolitan areas, including Kentucky cities like Bowling Green and Elizabethtown, which are part of the greater metropolitan areas of Nashville and Louisville, respectively.

Bowling Green, in Warren County, is also seeing success in workforce development by implementing the “Leader in Me” program at all of the area elementary schools.

The Leader in Me program isn’t leading to population growth, but it is making students “more amenable to having a stronger work ethic and being a more quality workforce,” Lassiter said.

In Boyle County, Lassiter said not all elementary schools use Leader in Me or a similar “comprehensive” program, but Junction City Elementary is one school that does.

“Quite frankly, it can’t be just Boyle County alone,” Lassiter said. “It has to be a regional effort because we could work for naught because (a majority of our workforce) is coming in from the outside.”

Perros and EDP Chair Marty Gibson both said they believe the Danville and Boyle County school districts should be involved in some way with the EDP.

“I can tell you for a fact that in other bodies such as ours, they (school districts) are active participants,” Perros said.

Gibson agreed. “We should re-engage that conversation,” he said.

Lassiter said the problem of not having enough workers is not limited to Boyle County or Kentucky; it’s being experienced throughout the southern United States. There are exceptions, such as eastern Kentucky, where the unemployment rate remains higher, but there are also some markets, such as Nashville, where the unemployment rate is extremely low, below 2 percent, he said.

“We are not producing population to replenish those that are leaving the workforce,” he said.

Perros said he has heard there are some eastern Kentucky residents who are willing to drive to Detroit each week, stay there and work during the week, then come home over the weekends, just to have a good, high-paying job.

“It’s a little bit shorter drive to Danville, Kentucky, and Boyle County,” Perros said. “How do we reach out to our folks that are unemployed in eastern Kentucky? Because those are skilled workers. They know how to handle a wrench up there.”

Joey Harris, plant manager at Denyo in Danville, said many local industrial businesses are trying to think outside of the box on how they recruit new workers.

Industry is building its connections with the local school systems. They’re also trying to help potential workers from outside the community find housing and child care here.

“Trying to find somebody a place to live has become more of a problem,” Harris said.

Gibson said he knows of rental properties that cost $475 a month four years ago, which now cost $700.

“That’s an obvious sign of the lack of availability,” he said.

Boyle County Judge-Executive Howard Hunt said he knows from his 2018 campaign that there are “hundreds of houses” in Boyle County that are vacant.

“I was shocked,” he said. “I don’t know how to put those people that might be prospective workforce people in touch” with the people who own the vacant homes.

But Lassiter said one problem is the wrong kind of housing is available.

Dan McKay, CEO of Ephraim McDowell Health, one of Boyle County’s largest employers, said developers like to hit a “sweet spot” on house size that maximizes their own profitability. That means they’re more interested in building bigger homes, even though there’s more demand for smaller ones.

Danville City Commissioner Denise Terry said there is one development she knows of in the Fox Run area where smaller houses of about 1,200 to 1,300 square feet are being built. “They are selling them before they’re finishing them,” she said.

Terry, a local Realtor, said most people are looking to spend between $600 and $800 a month on their housing, but rental costs and mortgages for larger homes can be double that.

“I’d still rather be doing business for less than no business,” he said. “The glory days may be past, but that’s the economy. Deal with it.”

Harris told The Advocate-Messenger Wednesday that most industries in Boyle County are becoming more and more innovative with their strategies to find and retain employees.

Besides looking for people from further away than usual, industries are also far more open now to hiring people with prior criminal records.

“For years, I think a lot of companies just wouldn’t even consider it,” he said. “These people deserve a second chance and I think we ought to give them that.”

That interest seems to be beginning even before people have completed their sentences. Boyle County Jailer Brian Wofford said Friday there is increasing interest and support for his plan to let his inmates begin working for local industries. Burkmann Nutrition is the latest business to express an interest in hiring inmates, he said.

Wofford’s plan is still months or longer away from implementation, but he’s optimistic about the level of community buy-in already present.

“I think the employers realize … that our workforce is going to come from the jail,” he said.

Harris said industries now also “do a lot of listening” to their employees and potential new hires. Job interviews today are almost as much for the business to listen to the employee and ask about their needs as they are for determining whether the company wants to hire the person, he said.

“It’s not as easy as just putting out the applications and people come flocking to you,” he said, adding — “It’s not only finding them; it’s keeping them. When there’s so many jobs available out there, it’s easy to look across the fence.”

As a result, businesses like Denyo are doing things to “create a comfortable environment for our employees” and keep them happy, he said.

Harris said Denyo has a lot of cookouts for its employees; he buys them ice cream every Thursday; he gives out birthday cards; he buys breakfast for workers who had to put in overtime.

“Sometimes, it’s just the little thank-yous that make a big difference,” he said.

Harris said the EDP is one local group that has been helpful to industries in coming up with new strategies for finding employees. But it’s also ultimately up to individual businesses to find and make the right choices to attract workers.

“We in the industry can’t expect that group (EDP) to fix all our issues,” he said. “There comes a time when we have to do it ourselves.”