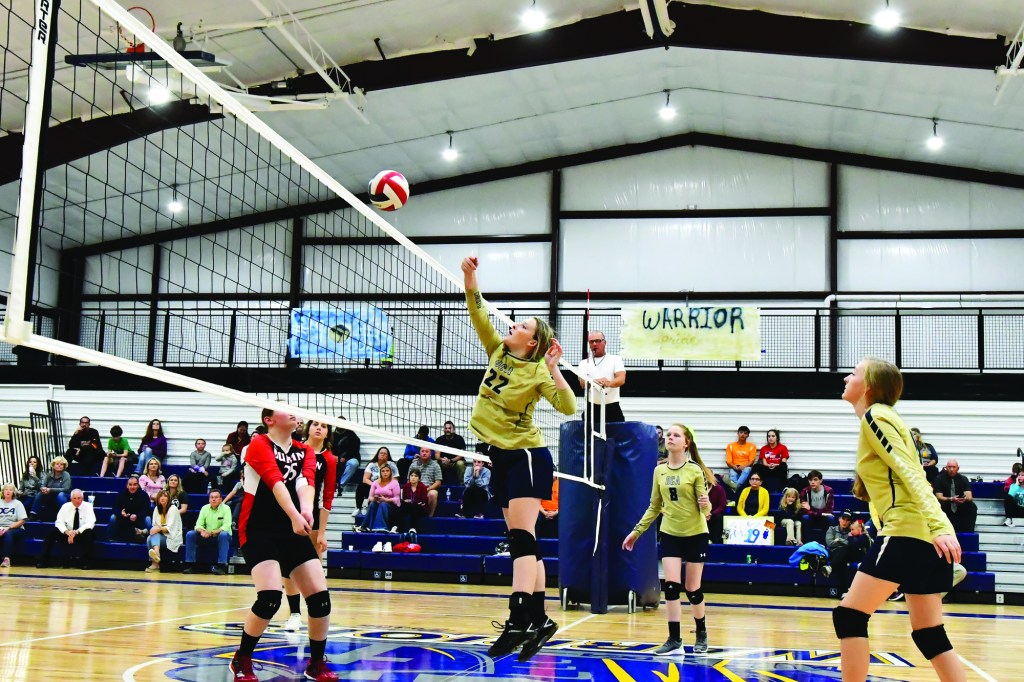 Kennedy Fowler had clutch kills to save the game for DCA. (Photo Chris Zollner)

Danville Christian ended its regular season on a high note as the Lady Warriors got a big senior night win over Burgin to improve to 11-15 on the year.

Burgin took the first set 25-22 but DCA was able to battle back and take the next two sets in convincing fashion, 25-16 and 25-11. The Bulldogs wouldn’t be put away so easily, however, and battled back to force a fifth set with a 25-20 win in the fourth. In the shortened fifth, the Lady Warriors earned the victory 15-10.

Hannah Ridge, and the Lady Warriors overall, continued their dominance on the serve. As a team, DCA has peaked at 14th in the state in service aces while Ridge has been ranked as high as seventh.

DCA enters its first KHSAA district tournament in school history as it takes on Garrard County in the Lady Lions home gym in the first round. This year, the Lady Warriors couldn’t overcome Garrard and lost both matches.