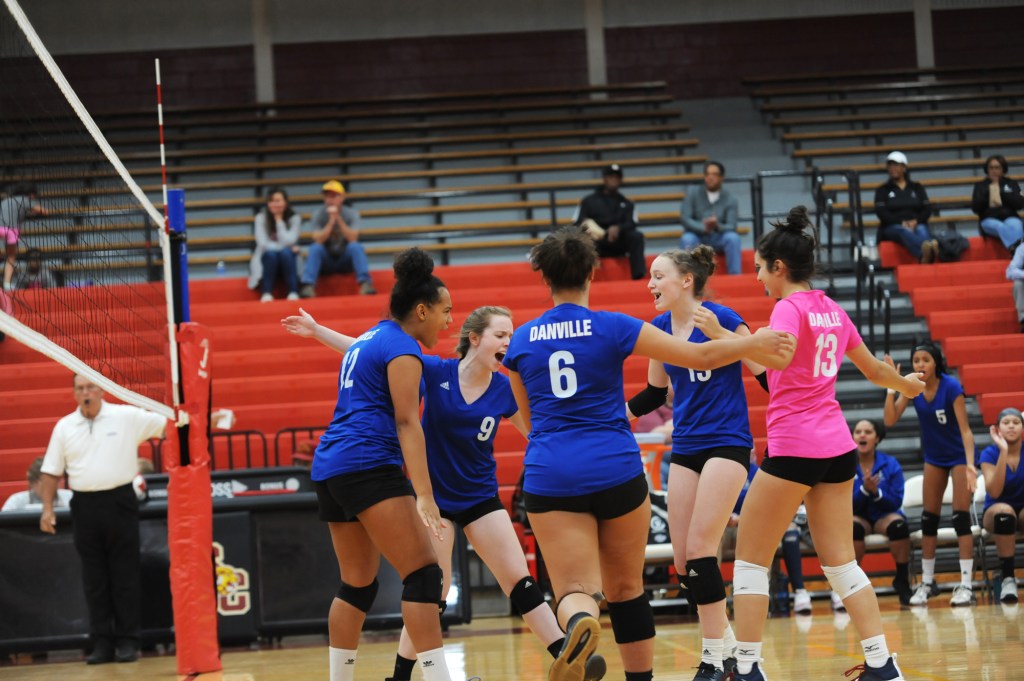 The title match for the 45th district is set. Danville defeated Garrard County in three sets and Lincoln County best Boyle in four to advance to the finals and secure a spot in the 12th Region Tournament.

On Monday, Garrard County overcame a two set deficit to win a dramatic and emotional match against DCA. On Tuesday, the Lady Lions put up their strongest challenge to the Lady Ads this season.

The first set was back and forth the entire time, and the Lady Ads were only able to pull out a 25-23 victory. The second set when 25-17 to Danville.

The third set was the backbreaker, however. Tied at 16, Danville went up 17-16 on a missed service opportunity from Garrard and rattled off seven straight points during Bella Joseph’s serve to put the set and the match away.

Joseph had three aces and five digs on the match. Destiny Byrd led the way with eight kills, followed by Keeley McKnight and Delany Dennis who had seven each. McKnight also had 11 assists and well as three aces, digs and blocks each. Dennis had one ace and seven digs. Faith Breitenbach was the leader in assists with 13 and also had six kills and five digs. Libero Olga Bettoni was the team leader with 10 digs and four aces and also had two assists.

For Garrard, Rosana Gonzalez was the team’s leader in kills with 10 and assists with five. Kennedy Bruner led the team with six blocks and also had five assists.

In the finals on Wednesday, Oct. 23, Danville will face Lincoln County who dispatched Boyle in four sets that were remarkably similar. The Patriots took the first set 25-16 and the Rebels claimed the next set 25-19. The Patriots would go on to win the next two sets by the exact same score — 25-19.

Monday, the Rebels essentially had a first round bye after Kentucky School for the Deaf forfeited the match. Lincoln County — the two seed of the tournament — also had a bye.

In the 46th district, the Mercer County Titans fell in the championship match to West Jessamine in three sets.

The Titans defeated the East Jessamine Jaguars in three (25-22, 25-14, 25-18) to advance to the finals. In that match, Jaclyn Davis led the way with 16 kills and was tied with Hanna Blevins with two aces. Blevins also had 16 digs to lead the team. Haven Six was the assist leader with 23.

In the title game, however, the Colts proved to be too much, taking the sets by a score of 25-15, 25-22, 25-10. Devine again was the team’s kills leader with nine. Brinkley Prewitt’s two aces were tops for the team. Salena Cox filled in for a team dealing with injuries and sickness to lead the team with 21 assists, and Blevins again led in digs with 11.

Prewitt and Devine earned a spot on the All-Tournament team for their play.