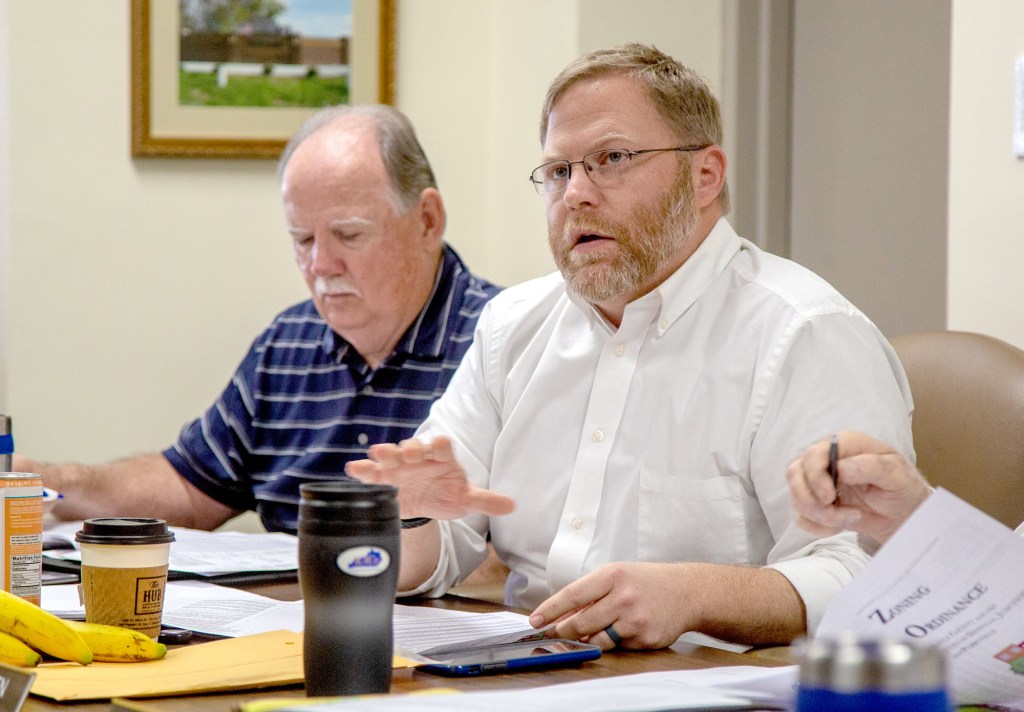 A Boyle County magistrate says he believes the county should begin forming its own parks department, like the City of Danville is doing.

“We really need to look at possibly coming up with our own ordinance for creating a parks division within the county because come Jan. 1, we don’t know where we’re at and we need to handle this sooner rather than later,” Magistrate Jason Cullen said Tuesday.

Boyle County and Danville have long funded a joint parks agency focused largely on Millennium Park and the Bunny Davis recreation center. But Danville officials have been pushing this year for the county to join in funding of other parks, or for the city to take over operations of parks entirely, with the county only providing financial support.

After months of negotiations and delays over creation of a new joint parks agreement between the two governments, Danville City Commissioners voted Oct. 14 to create the city’s own parks department. Danville envisions Boyle County could participate in the city-run parks department through service contracts by providing funding to the city.

Cullen said now that Danville has made its move, the county government “owes it to our citizens” and current parks employees, such as Director John Bell, to “do something and not leave it in the hands of the city.”

Cullen said he had been interested in the city’s proposals concerning a city-run, county-and-city-funded parks department. But then, “it was stated at the city meeting that the commissioners really only need to worry about the people in the city because that’s who elected them and that’s who put them there,” Cullen said. “That really worries me. I was looking forward to possibly having something where we could possibly do something together.  But I think after hearing those words, I am concerned, everyone else should be concerned. We need to somehow get together and create some sort of ordinance, putting it out there that we have a plan.”

Cullen was likely referencing something Danville City Attorney Stephen Dexter told city commissioners as they debated whether to finalize creation of a city parks department at the Oct. 14 meeting.

Other magistrates weigh in

It wasn’t discussed at Tuesday’s fiscal court meeting how two separate parks departments might function side-by-side in Millennium Park, which is jointly owned by Danville and Boyle County.

Cullen’s comments resonated with other county magistrates, who said they agreed with him and were greatly concerned by the city’s most recent actions. 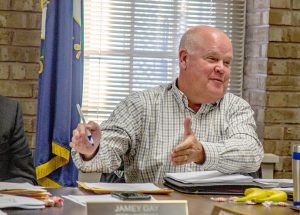 Boyle County Magistrate Jamey Gay said during Tuesday’s fiscal court meeting he wasn’t happy with the direction the City of Danville has gone on parks and recreation. (Photo by Ben Kleppinger)

Magistrate Jamey Gay said he has been a strong supporter of the two governments working together, because he believes that’s how they can get the best outcomes.

But “I’m not happy with the way the city is proceeding down this route; I don’t think any of us are,” Gay said. “I’m still hopeful we can continue to have some dialogue and come back to the table.”

“I’m hopeful as well, but … when your girlfriend breaks up with you and says she doesn’t want to be with you anymore, you kind of have to take that and you have to move forward,” Cullen responded. “I think that’s kind of what happened. The commissioners were bullied and pushed into making a decision. It was downright embarrassing, actually.”

Magistrate Tom Ellis said last week, he actually got a call from a city commissioner “asserting that we were the party not being cooperative, not wanting to be collaborative — that was more than disconcerting.”

Ellis has said previously he doubts a proposal for a joint agreement from the county sent on Aug. 13 to Dexter was ever presented to city commissioners for review. He said he asked the commissioner who called him about whether the commissioner had seen the county’s proposal.

“The angry retort was, ‘No — we didn’t; we acted on the recommendation of staff,” Ellis said.

Ellis said he then contacted two of the other three commissioners and they also confirmed they never reviewed what the county had sent over.

“You can’t call it cooperation and collaboration when they don’t even have an opportunity to read the document,” Ellis said. “I can’t comprehend hired staff making a recommendation and withholding the document.”

Judge-Executive Howard Hunt said the possibility of creating a county parks department would best be addressed by the county’s Parks and Recreation Committee. It’s possible the committee will hold a special called meeting before it’s next regularly scheduled meeting to address the issue.

The Parks and Recreation Committee was also tasked by the fiscal court with looking into renaming the McKinney Conference Center in Constitution Square.

“I’ve always been baffled by the McKinney Conference Center,” Cullen said, in calling for it to be “named properly.”

Cullen explained Tuesday that the building’s name was never officially set or approved by the fiscal court during the previous county administration, which was headed by Judge-Executive Harold McKinney.

“I don’t think it’s right that it’s named that and I know people in the community that say we should really give it some historical” name of significance, Cullen said.

Magistrates Ellis and Jamey Gay both said they plan to involve themselves with the committee’s work to pick a new name.