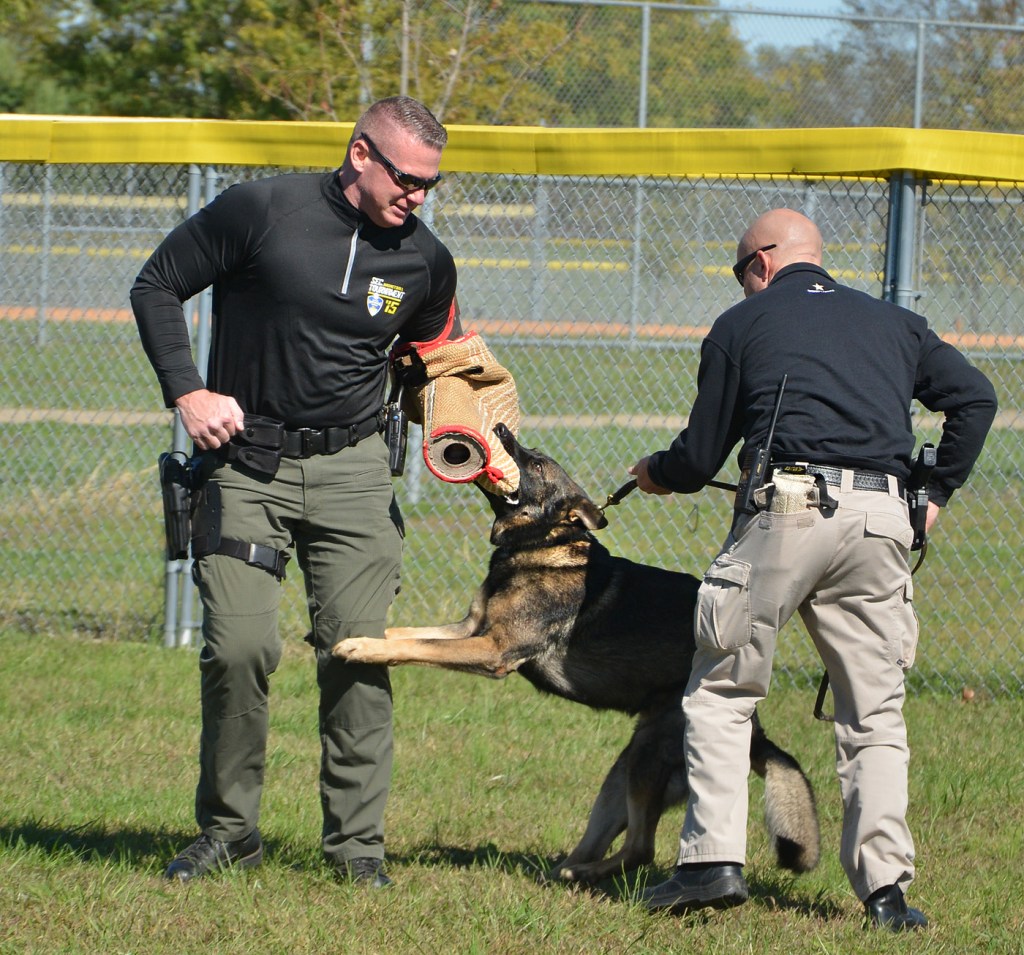 Two more canine units have been added to the ranks of law enforcement in Danville and Boyle County. This brings the total to five dogs that are trained, or in training, to sniff out illegal narcotics and track people in this area.

“Now that Danville has a dog, we’ll have five dogs that are available in this small community, and that’s unheard of,” said Boyle County Sheriff Derek Robbins.

Danville Police Department recently introduced its German Shepherd, Samu, who will be handled by officer David Lewis, a three-year member of the DPD. 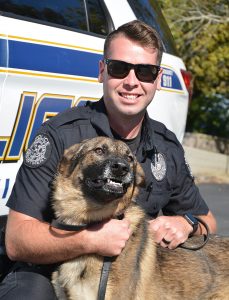 Lewis said he’s always been a “dog person” and has a German Shepherd at home as a pet. But Samu is a working dog. They are two totally different animals.

“There is a difference in the mind set,” Lewis said.

His dog, Piper, which is also a German Shepherd, is allowed to roam and hang out in his family’s home. But if Samu isn’t in a cage or kennel, “he thinks he’s working. He gets himself so worked up trying to smell everything that he can’t relax.”

In the kennel he can lay down and just relax, Lewis said.

Samu is only about 1 and a half years old but has spent his entire life being trained for the job of detecting narcotics and tracking people, Lewis said. He can locate the odors of methamphetamine, heroin, cocaine and marijuana. Once his job is done, he gets to chew on his favorite toy, Lewis said.

Samu is also trained to track people, like a young child who wanders away, or an elderly person with dementia who walks away from home, Lewis said.

Lewis’ priority as an officer is drug interdiction, and Samu will be a valuable tool to use, he said. During a traffic stop if Lewis suspects drugs are involved, he can “present the vehicle” to Samu to sniff. If he located the smell of illegal narcotics, he’ll sit and stare at the source, Lewis said. This will give him and other officers probable cause to search the interior and possibly make an arrest.

“Samu will be a big tool for the department as a whole, to move forward when it comes to drugs in Danville.” Lewis said, “I think it’s a necessity.”

BCSD’s new K9 is Kane, a large and aggressive German Shepherd, Robbins said. Once he’s fully trained, Kane will be the fourth dog on the force. 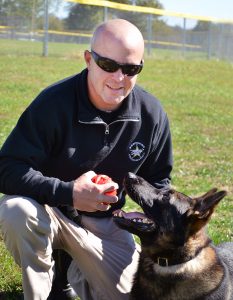 Boyle County Sheriff Derek Robbins is training Kane for him to use as a narcotics sniffing and suspect apprehension dog.

Robbins is working on some basic training with Kane now, but he’ll take the dog to Southern Coast K9 — when the force’s other three K9 officers take their dogs, Nicki, Aja and Petey, for their annual recertification. Kane will receive more intensive training for several weeks and be ready to go to work when he comes back to Boyle County, Robbins said.

Having a dog like Kane will be beneficial to the Sheriff’s Office and keep officers “out of harm’s way,” when they are sent to search a building with an armed suspect, for example, Robbins said. “We don’t have to search a building anymore. If they’re (the bad guys) are in there, he’s going to find them.”

If a suspect is deemed to be dangerous and is running from law enforcement Kane will be used to apprehend them.

“You can’t send him on just anybody. Just because somebody runs doesn’t mean I’m going to send the dog.” If someone is intoxicated and tries to run away, “I can’t send the dog on that. When the dog bites you, you go to the hospital. It has to be a dangerous situation, not for writing a bad check.” 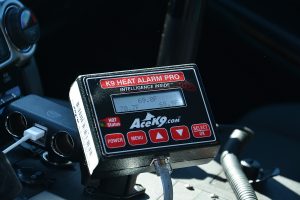 Danville Police Department and the Boyle County Sheriff’s Office have installed K9 heat alarm systems into their vehicles. If the interior temperature rises to an unsafe level for the dogs, windows are automatically rolled down and window fans turn on while the horn blows and vehicle lights flash.

Both the DPD and BCSO have specialized K9 containment equipment in their vehicles, where the dogs stay while on duty but not physically working. This includes a heat alarm system that when activated automatically rolls down the windows and turns on fans that are installed in the opening, all while flashing the vehicles’ lights and blowing the horn.

Having K9 units on patrol 24/7, “with the drug epidemic that’s been devastating in this community, any drugs you can get off the street is good,” Robbins said.

“But they’re also your best friend.”