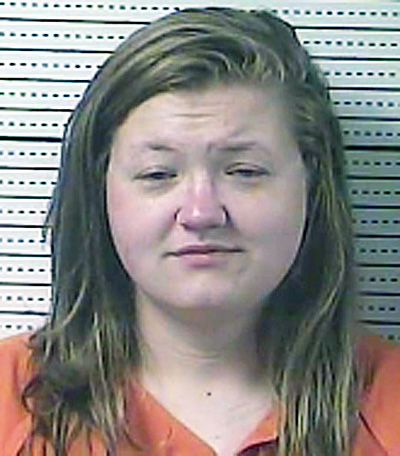 Colleen Spears had to be taken to the ER last week after being arrested during a traffic stop. A large bag of methamphetamine had to be removed from inside of her body.

A woman had to be taken to the emergency room by law enforcement last week to have a large amount of methamphetamine removed from inside of her body.

The sheriff’s office says the vehicle was stopped at 3:45 a.m. on Stevenson Avenue, and deputies found two digital scales containing meth and a marijuana pipe in the vehicle.

As of Wednesday morning, she was an inmate at the Boyle County Detention Center and was being held on a $15,000 cash bond.

Perkins, whose age was not listed, was charged with first-degree possession of a controlled substance, meth; possession of drug paraphernalia; failure to use or improper signal; and driving on a suspended or revoked license. The jail says Perkins has already been released on a bond.