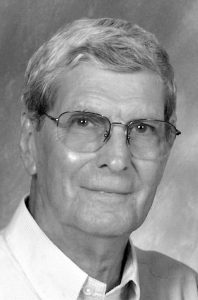 Elvin C. Anderson, 80, of Perryville passed away Thursday, October 24, 2019. Elvin was born December 11, 1938 in Mercer County, a son of the late John L. and Sue Gillespie Anderson and was the husband of Evie Anderson for 60 years.

Elvin was a member and former Sunday School Director of Doctor’s Fork Baptist Church. He proudly served his Country in the United States Air Force and retired as Postmaster of the Perryville Post Office. He enjoyed coaching little league sports and was an avid Kentucky Wildcat and Boyle County Rebels fan. He drove a school bus for Boyle County Schools and was a gifted maker of knives.

In addition to his parents he was preceded in death by a brother, Jimmy Anderson.

The funeral service will be at 1:00 p.m., Monday, October 28, 2019 at Doctor’s Fork Baptist Church in Perryville with Bro. John David Lane officiating. Burial with Military honors will follow at Old Union Cemetery. Visitation will be at the church beginning at 11:00 a.m., Monday.

In lieu of flowers, memorial contributions can be made to Old Union Cemetery.

The family wishes to thank all the staff at The Willows in Harrodsburg for the care and kindness they gave to Elvin during his time there.

Arrangements are under the direction of Walden Funeral Home Perryville.