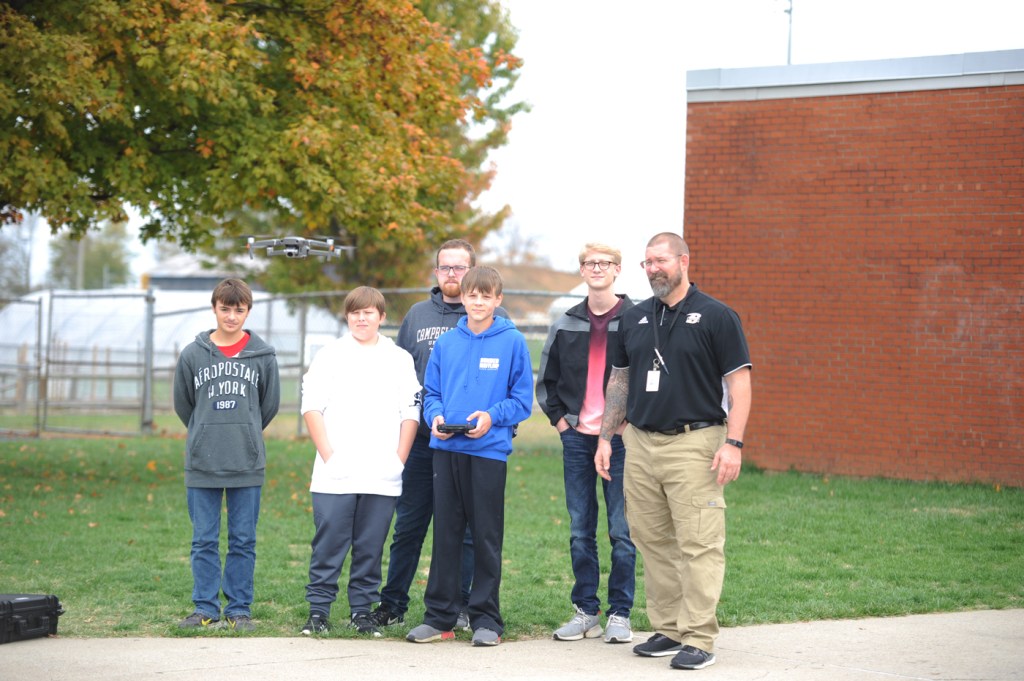 As the Boyle County football team continues its tear across the state in pursuit of a state championship, one member of the team that might get overlooked by fans on a Friday night is the video crew, led by Damian Laymon. But the contributions they make are not lost on coach Chuck Smith and the rest of the Rebels.

“What I love about it is that coaches use it and rely on it. It’s stressful. If you’ve ever seen a football coach mad on a Friday night and something doesn’t work, it comes back on me,” Laymon said. “But the fact that every time the offensive line comes off the field, they’re at that TV and are breaking it down … we’re an important part of that team and they count on it week after week. That means a lot.”

Laymon’s path to running the tech side of the football operations was an unusual one. He runs the computer lab at Boyle County High School, and also coaches the eSports team and pole vaulting in track. Before holding those last two positions, he’d never played any of the video games offered for eSports and had never been a pole vaulter.

“I’m just the guy who comes in and says if you need someone to fill a role, I’ll figure it out,” he says. 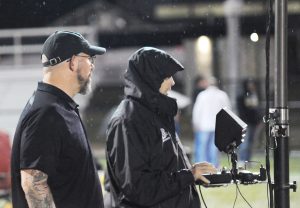 A self-proclaimed “tech geek,” Laymon has always loved the game of football, but was never a player. And when he started his academic career in college, he wasn’t much of a tech geek, either.

“My freshman year of college, I dropped a class because they told us we would have to use a computer. I’m from Harrodsburg and in the early 90s, we didn’t have computers around.”

But once he started teaching web design to his business classes, he saw the future of education, and pivoted.

“That was the first time I’d seen students stick around after school and wanting to work on things,” he said. “Once I saw that, my principal and I realized there was something to this internet fad. It grew from there. As I got better at web design and my students loved it, I got more into programming and the IT certification came along with that.”

Now, he can be seen on Friday nights helping a student-run team — comprised of two eighth-graders, a freshman and two seniors — help one of the most dominant football teams in the state break down film. And it’s that team, he says, that allows him to relax and enjoy one of the best seats in the house every Friday.

“If everything runs smooth I just tell them to go and take care of their stuff. They know what they’re supposed to do — they set it up and if they run into a problem, they let me know and we handle it from there,” he said. “My biggest job — because I’ve got a good team — is supervising.” 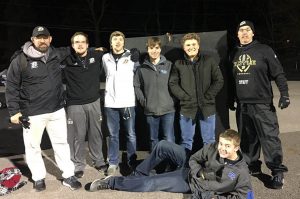 Damian Laymon posing with his video team in front of the TV crate after a Boyle County game. (Photo submitted)

One of the first things anybody on the sidelines at a Boyle County game for the first time notices is the giant television setup they have for reviewing plays. Laymon credits coach Chuck Smith for the concept, but was involved in its actual creation.

“He wanted something they could count on every week,” he said. “So we started brainstorming and we said if we wanted to make sure it was reliable every week, we need a case. Something we can pack up and roll on a trailer and roll it off and it’s ready to go.”

The video team got input from all of the coaches who would be using it for what they wanted, and built it to fit all of their needs. It even has a portable power source built into it in case the Rebels don’t have access to electricity on the field.

The program that he helps run is called Hudl, and most teams in the state use it. Laymon says that the reliance on an outside company does cause some problems — more so in years past, when the technology was new.

Now, the biggest problem is the weather. “I’m always stressful when I check the weather and see it’s raining because that’s expensive equipment and they count on it. They use it every week.”

While Laymon is prepared for any problem that might crop up, his favorite part about a Friday night is when he can just stand on the sidelines and enjoy a Boyle County victory.