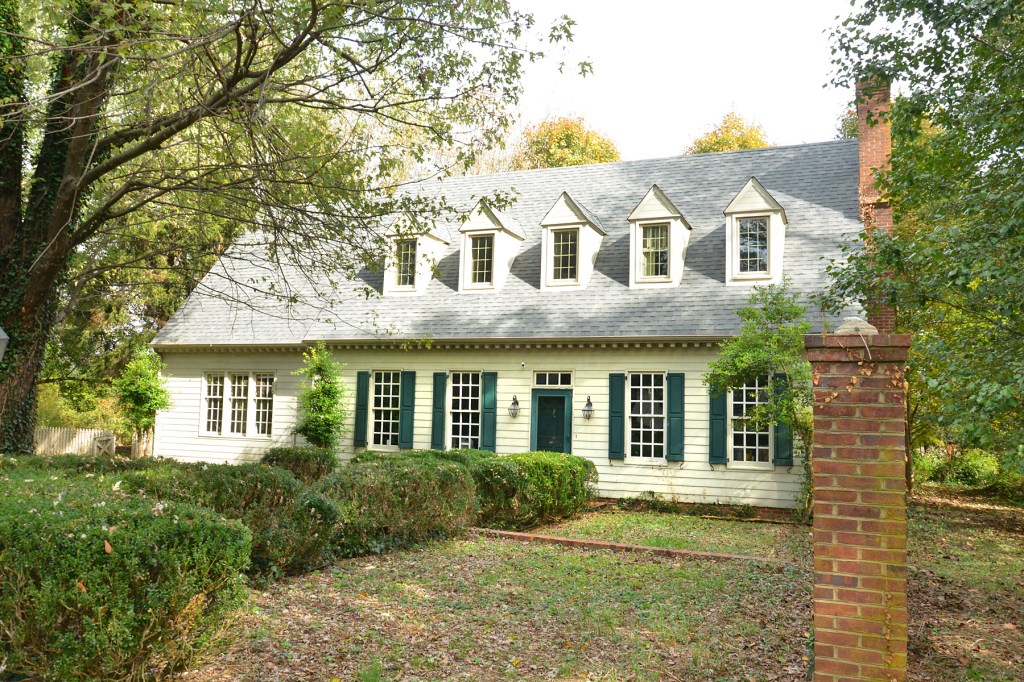 Seeing Hearts Ministry’s transitional home for people who recently completed prison sentences expects to have its first resident in mid-November.

The Danville facility on Lebanon Road in the industrial park is holding an open house on Nov. 7 to celebrate everything that has gone into making the re-entry home for up to eight men possible. 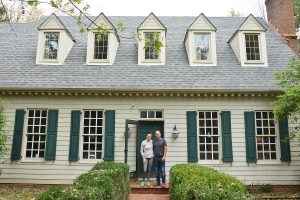 The open house will last from 10 a.m. to 11:30 a.m. that Thursday, with remarks by Wilkinson planned for around 10:45 a.m. Brief tours will be offered of Seeing Hearts’ two buildings, both old homes that had fallen into disrepair but have now been restored and renovated by those working on the project.

One of the homes is where the program participants will live; the other will serve as a community center where classes will be held on things like life management skills. There will also be Celebrate Recovery meetings and Bible studies; and the community center has its own chapel with pews donated by Calvary Baptist Church, Wilkinson said.

Wilkinson anticipates the faith-based home will host its first client on Nov. 13. 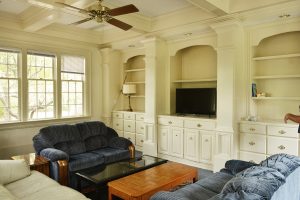 Seeing Hearts is partnering with the Boyle County Detention Center to identify strong candidates for the program, who are nearing the end of their sentences and have demonstrated both accountability for their past crimes and sincerely desire a change in their lives, he said.

Two more candidates may join the program before the end of November, bringing the initial population to three. Wilkinson said he hopes to bring in a fourth man over the next 45-60 days, then “catch our groove” and gain some stability before continuing to expand toward the maximum capacity of eight.

Wilkinson said he’s received “very healthy” support from industries in the area. The home’s location close to many large employers in the industrial park creates an ideal situation for the men, for whom getting a job is a top priority.

“What we’re hearing from the industrial park and Joey Harris out at Denyo, who is very excited about what we’re doing: If there is some degree of certainty that we can have men to enter into the workforce … and there’s safeguards against drug use … and there’s control mechanisms set up in terms of accountability and structure in their life, they are willing to give people a second chance,” Wilkinson said. “They are willing to bring them in and get them back in the workforce.”

Wilkinson said Seeing Hearts will handle any issues with its residents on a case-by-base basis. He said residents who make mistakes will be shown compassion and understanding.

But anyone who decides to walk away before completing the program’s minimum six month stay will be dismissed and not re-admitted. 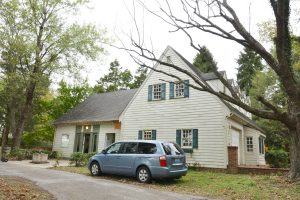 “If they walk out on us before six months is up. If they pack their bags and say, ‘I’m out of here and I don’t need you,’ then we’re going to give that spot to somebody that wants it,” Wilkinson said. “Because Jailer (Brian) Wofford has a jail full of people down there that want it.”

Wilkinson said he is in the jail meeting potential residents for the program, and working hard to make sure those selected for the program are serious.

“You can preach to them until you’re blue in the face and if they haven’t made the decision in their heart to do the very hard work to get their life in order and become a productive member of society, it doesn’t matter what you try to do for them,” he said. “So that’s our biggest responsibility is to go into the jail and identify those (who are serious).”

No similar services for women yet

The Seeing Hearts home will serve only men.

“That’s not to say that females don’t deserve the same kind of services that we’re going to provide … but first things first and we’re starting where we can start,” Wilkinson said.

The lack of transitional homes for women emerging from prison is a problem in many places, not just in Boyle County, he said.

“Especially in the populated areas, they focus on helping the men, but the females are left behind and the same services aren’t available for them,” he said.

Wofford said he only knows of two other jails in the state that offer such a program for female inmates. The goal when the program launches later this year is to provide a three-month program in the jail, then have the inmates participate in six more months of services outside the jail, perhaps at the county-funded Shepherd’s House intensive outpatient program.

That would give those people nine total months of treatment, which is the point at which success rates for recovery really begin to go up, Wofford said.

Wilkinson said the Seeing Hearts home is operating under guidelines from the state of Tennessee for transitional housing, because Kentucky does not have any of its own guidelines.

Whenever Kentucky does get its own guidelines in place, Seeing Hearts would potentially switch and use those guidelines instead, he explained.

Boyle County Magistrate John Caywood said he believes Wilkinson will be contacted by other rural communities as Seeing Hearts gets off the ground and begins helping people.

“You’re starting something that will hopefully help a lot of people in other places,” he said.

An open house for Seeing Hearts Ministry’s re-entry transitional home will be held from 10 to 11:30 a.m. on Thursday, Nov. 7. The facility is located at 3288 Lebanon Road in Danville.