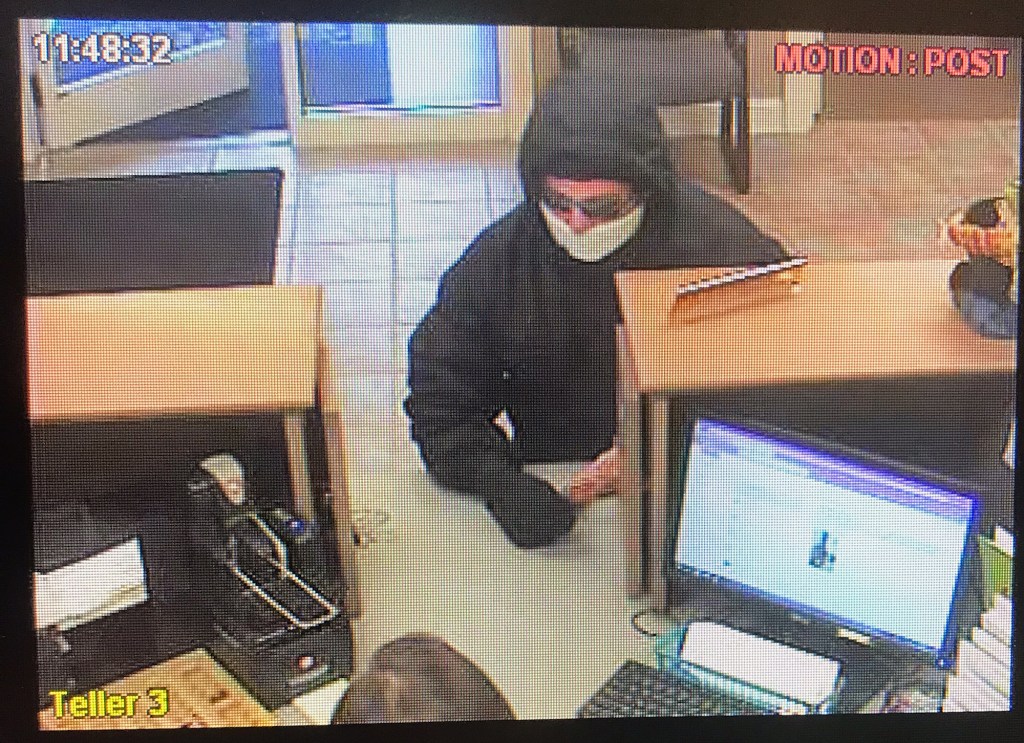 Photo submitted by Danville Police This still photo is taken from the video surveillance camera of a suspect involved in a robbery at Famers National Bank branch on East Main Street Wednesday morning. 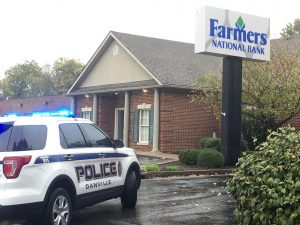 Police are investigating something at Farmers National Bank on East Main Street. (Photo by Robin Hart)

The Farmers National Bank branch on East Main Street in Danville has been robbed for the second time in less than six months.

Officers with the Danville Police Department and the Boyle County Sheriff’s Office responded to the bank shortly before noon Wednesday. Police Chief Tony Gray said they are searching for a man who fled on foot after robbing the bank.

Gray described the suspect as a white male wearing a black jacket, gloves, a white scarf around the lower part of his face and sunglasses.

The man entered the bank, began “mumbling demands” and made a demand for money from a bank employee, Gray said. The man was given money and then he fled in a northeast direction from the bank, he said. 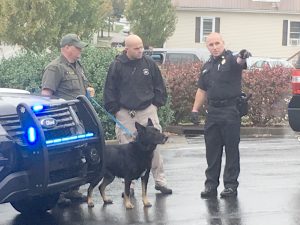 Investigators are in the process of obtaining surveillance footage from the bank and possibly other cameras in the area, and Boyle County K9 Deputy Ricky is being used to search for the suspect.

The bank branch will be closed the rest of the day, said Greg Caudill, president and CEO of the bank.

Caudill said he can’t say how much money was taken. The two tellers who were present for the robbery “were very shaken up,” but no one was injured, he said.

“Our people followed all the right procedures; they did all the right things,” he said. “… Emotionally, we’re going to provide assistance beginning in the morning to help them deal with that.”

The same bank was robbed earlier this year, on July 2. In that incident, a man entered the bank while customers were inside, wearing a black hoodie, black ski mask, yellow gloves, blue jeans and dark sunglasses. He demanded money, then fled on foot.

Gray acknowledged the crimes feature a “similar MO, but it’s way to early to say” whether they are connected.

Caudill said the robberies make him quite upset. “It makes me so mad … I could bite a nail through.”

Anyone with any information is encouraged to contact the Danville Police Department at (859) 238-1220. Tips can also be submitted at tips@danvilleky.gov.  Detective Lisa Dollins is the lead investigator.