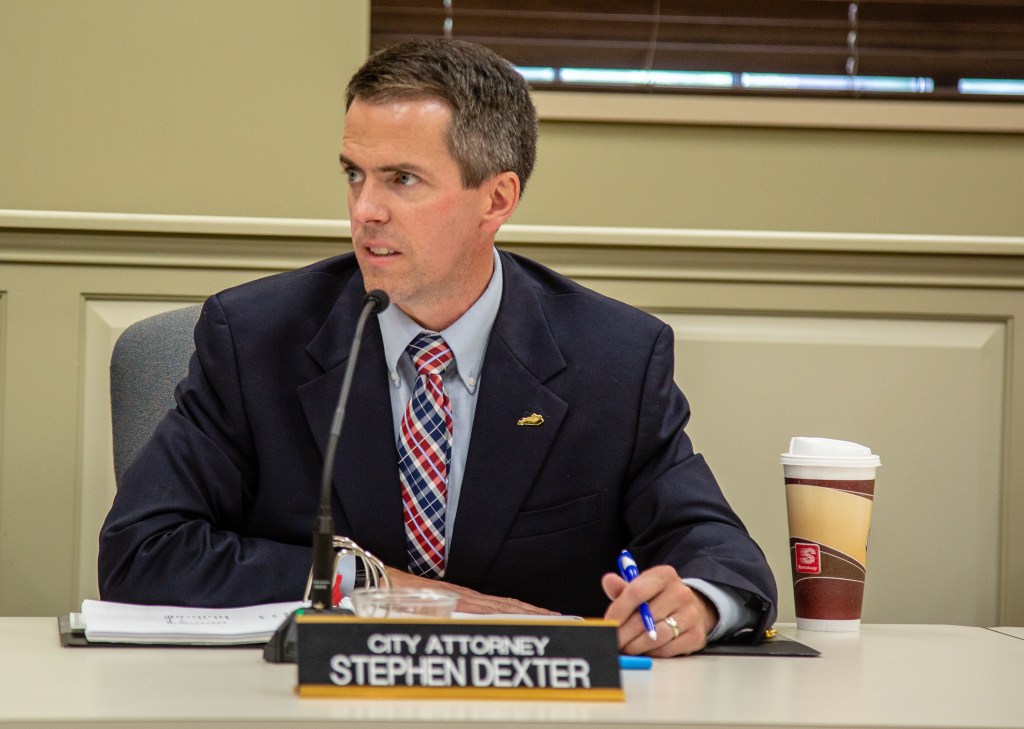 City Manager Ron Scott said Monday night there is confusion among county officials over how the city made its decision to go forward with a city-run parks agency, and he wanted to set the record straight.

“An issue that seems to not have clear understanding between us and the county over the fact that we did as staff, and legal counsel, provide you with information to guide your actions,” Scott said.

During Oct. 22’s Boyle County Fiscal Court meeting, magistrates expressed frustration with how the city has passed its own parks ordinance and questioned whether or not commissioners were even made privy to the county’s last proposal.

A proposal for a joint parks ordinance had been volleyed back and forth between the two entities, who were attempting to agree on a funding arrangement. After the last volley by the county, the commission did not discuss that ordinance during a public meeting, but did move forward on creating its own standalone parks department; that ordinance’s second reading received a 3-2 vote.

The motion to enact an ordinance repealing the old, jointly-run plan on the books was defeated; those who voted against repealing it thought this would give extra time in case there was an amicable funding agreement developed between the city and county.

Dexter said he typically wouldn’t share confidential communication protected by attorney-client privilege, but decided to do so out of transparency, especially based on recent comments made.

Oct. 22, Boyle Magistrate Jason Cullen said that city commissioners had been “bullied and pushed into making a decision” on creating a city parks department. He was likely referring to Dexter’s plea to commissioners on Oct. 14 that if the second reading of the ordinance creating a city-run agency wasn’t voted on, it would stalemate the whole process and not allow any service agreement between the two.

In the fiscal court meeting, Magistrate Tom Ellis said he spoke to three city commissioners, all of whom he claimed told him they never saw what the county had sent to the city on Aug. 13, and that they had instead acted on the recommendation of city staff.

“You can’t call it cooperation and collaboration when they don’t even have an opportunity to read the document. I can’t even comprehend hired staff making a recommendation and withholding the document,” Ellis said at the time.

On Monday, Dexter said, “While opinions may vary — and they do — on subject matter, facts are important. And if counter-narratives are continued without rebuttal, they can sometimes gain traction that is unnecessary and unhelpful to resolution of the situation at hand, which is where we are tonight.”

He said a timeline will “hopefully put an end to the narrative by some members of the court that is simply unfounded and untrue. And if true, would be a violation of my code of ethics and my professional responsibility to you as my client.”

On June 10, the joint ordinance that had been in the works for about four months was presented to the city commission, which was then provided to Judge-Executive Howard Hunt via City Manager Scott on June 11. On Aug. 12, Dexter said the fiscal court approved its own version of a joint ordinance “that was wholly separate from the working document that we had drafted and sent them, which can tend to make negotiations somewhat difficult when we have two working drafts.”

On Aug. 13, Dexter said he received the county’s proposed ordinance emailed from County Attorney Chris Herron. “I immediately contacted the city manager, which is my legal responsibility, and he informed me he had already received a copy from the mayor” who had been present at the fiscal court meeting the day before. They agreed to review it separately first and then together.

Dexter had a scheduled vacation Aug. 18-23 and was not able to meet with Scott before, but the two were to meet over the ordinance on Aug. 26. Dexter said on Aug. 21, the city manager sent the county’s proposed ordinance via email to all city commissioners.

“Aug. 21 — one week after receiving it,” Dexter reiterated. He said there were no opinions attached to the documentation, other than it needed to be reviewed. That same day, he said a commissioner responded requesting that staff prepare a comparison of the county’s version of the joint ordinance with the city’s. Scott responded that the review would be forthcoming, noting the meeting planned with Dexter later in the month.

Dexter said on Aug. 22, the Danville-Boyle County Parks & Rec board sent a position statement about its goal to provide parks services for all city and county residents in an economical, safe manner; provide programs in all areas of the city and county, not just Millenium Park; and administer the development of all future Parks & Rec facilities.

“The week of Aug. 22-28, I personally met with every commissioner to review the county’s proposed ordinance, and to get potential feedback on a staff recommendation. On Aug. 29, I personally met with (Parks Director) John Bell, City Manager Ron Scott, Mayor Perros and Earl Coffey (municipal utility engineer)” to discuss the county’s ordinance and work on a staff recommendation.

Dexter said he provided a formal, written recommendation on Sept. 20, and “on Sept. 23, presented that staff recommendation at the request of the city manager to this board and held hearings of the first two ordinances,” which were the new city-run agency ordinance, and the ordinance to repeal the old agreement. “Both of which passed with unanimous consent.”

The second reading of the ordinance creating a city parks agency passed on Oct. 7 by a vote of 3-2; the vote to repeal the old ordinance failed by a vote of 2-3. The following day, Dexter had an hour-long phone conference with Parks Director Bell, followed by a meeting with Judge-Executive Hunt and Mayor Perros two days later to discuss it.

Dexter said it was his hope providing the timeline is “a step of good faith to set the record straight” that the city did provide documents to the commission; and that the recommendation developed by city staff “was done at your request, frankly.”

Dexter said staff is developing a participation agreement to present to the commission and then to fiscal court. He said he had a “very productive, two-hour meeting” with Bell Monday morning where they spoke about the framework of the agreement “with the overarching goal and bottom line being this: To deliver effective parks and recreation programming for all in the City of Danville and Boyle County and our visitors, in an effective and cost-efficient manner.”

He said that framework will be developed to show the objectives of the department, as well as the city’s and county’s responsibilities. “Traction is being made. We are moving the ball.”

Dexter said the participation agreement will be ready for the commission’s review at the next meeting, then will be forwarded to the fiscal court for review.

A compensation and classification ordinance was also presented that “actually creates the documents that allow for parks and recreation have its director and staff be hired as city employees to further … the joint mission.”

Commissioner J.H. Atkins said, “I don’t think as a commission, we ever had any issues about staff sharing the county proposal with us. We all received a hard copy as well as electronic copies in a timely fashion. Our failure to respond or take action on it was a message sent as well — we took no action on it, so …”

Dexter said, “In my advocacy of the staff recommendation before you two weeks ago, I made a comment about how you need to vote as a body for the best interest of the individuals that voted you into office and the public dollars you oversee. I think it’s worthwhile that I probably, in an inarticulate manner, expressed that responsibility to you.”

During the last fiscal court meeting, Magistrate Cullen took that statement from Dexter as meaning the attorney was saying commissioners “really only need to worry about the people in the city because that’s who elected them …”

Dexter said his statement was not intended to shun the joint mission goal. He said the vote was needed in order to proceed with negotiation of the issue. He said if the government entities “keep on waiting for each other to act, there’s a sense of nothing happens.”

He then reiterated the goal of the agency — to provide parks and recreation services for all of the city and county.

“I think that’s a great statement, on your part,” Atkins said. He said there’s been a lot of work done on the issue over weeks, and “hopefully two more, we’ll get this thing resolved in a way we’ll all be very proud and we can stop losing sleep over it.”