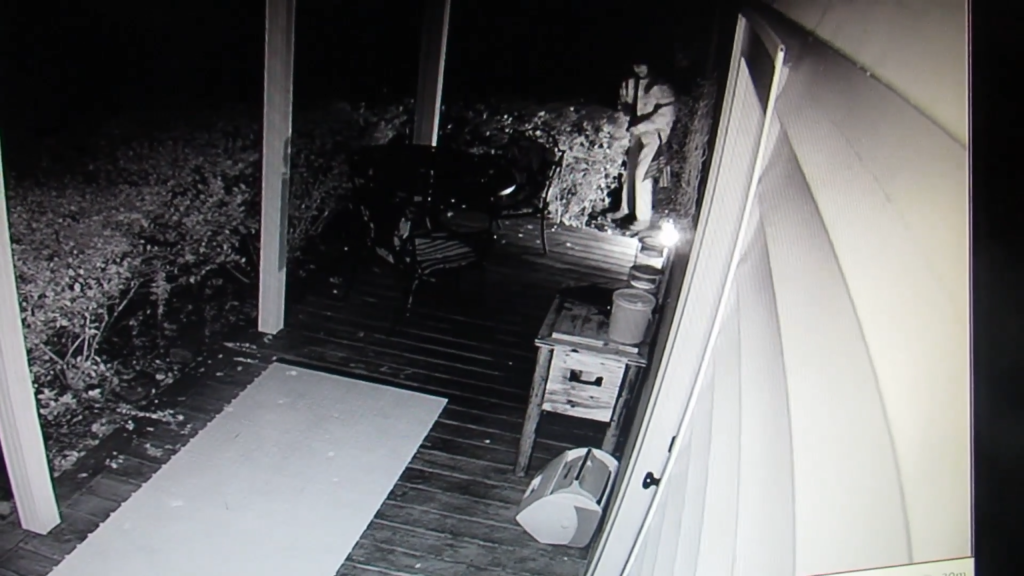 Surveillance footage shows a man who placed a handheld torch against a Wilderness Road house Tuesday night in an apparent attempt to set the house on fire. (Image from video provided by Danville Police)

A house on Wilderness Road sustained minor damage after someone tried to set it on fire Tuesday night.

At 9:47 p.m., Danville Police responded to 227 Wilderness Road for a report of criminal mischief to the house. Assistant Chief Glenn Doan said the house is used only for a photography and website type of business and was unoccupied at the time. The business owner, who police aren’t identifying, called them after a video motion detector notified his cell phone and he saw flames coming from the side of the house, Doan said.

When officers arrived, the business owner told them that someone had attempted to intentionally set fire to the structure. Officers immediately called the Danville Fire Department, who aided with putting the small fire out.

Video surveillance shows an unknown subject walking up to the side of the house, lighting a hand-held torch, and leaning it up against the house before walking away from the scene.

Officer Morris and Detective Paul Megilligan are the investigating officers.

To see the video, go to the DPD Facebook page at https://bit.ly/2Jzvr1S.