Although trick-or-treat was rescheduled due to inclement weather, Halloween night was eventful for local authorities. Two unrelated incidents occurred about an hour apart, resulting in three arrests.

Just after 9 on Thursday night, Danville Police responded to the area of 305 Caldwell St. due to reports of shots being fired. Officers spoke to Zachary D. Devine, 24, of Hustonville, and Alec B. Camden, 27, of Danville. 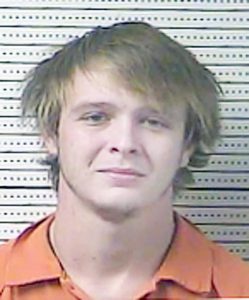 According to police, an altercation had occurred between the two men, and Devine fired a handgun in an unknown direction. During the investigation, conflicting stories were relayed and it is unknown if the shot was fired before or during the altercation.

Devine was arrested and lodged in the Boyle County Detention Center, charged with first-degree wanton endangerment. He was being held on a $5,000 cash bond Friday.

No one was injured as a result of the gunshots.

Chase ends up in neighborhood yards

In another incident earlier in the evening, police were involved in a pursuit which led them into Garrard County.

At approximately 8 p.m., Thursday, Danville police attempted to make a traffic stop on Wilderness Road. The vehicle fled from the officer before slowing, and a person jumped out of the passenger side and fled on foot.

The suspect driving the vehicle continued to flee from officers into Garrard County.

Garrard County Police and the Boyle County Sheriff’s Office assisted in what turned out to be a 20-minute pursuit. The suspect drove into a neighborhood and through yards,  but was eventually contained by multiple police units, ending the pursuit. 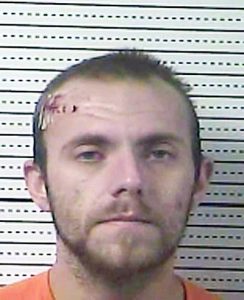 Tristen Middleton, 23, of Lancaster, was arrested. The alleged passenger, Johnathan Allison, 29, of Stanford, was later located by Danville Police and arrested. 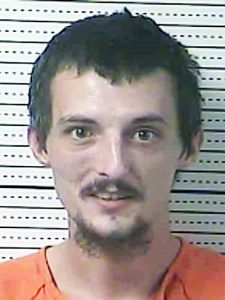