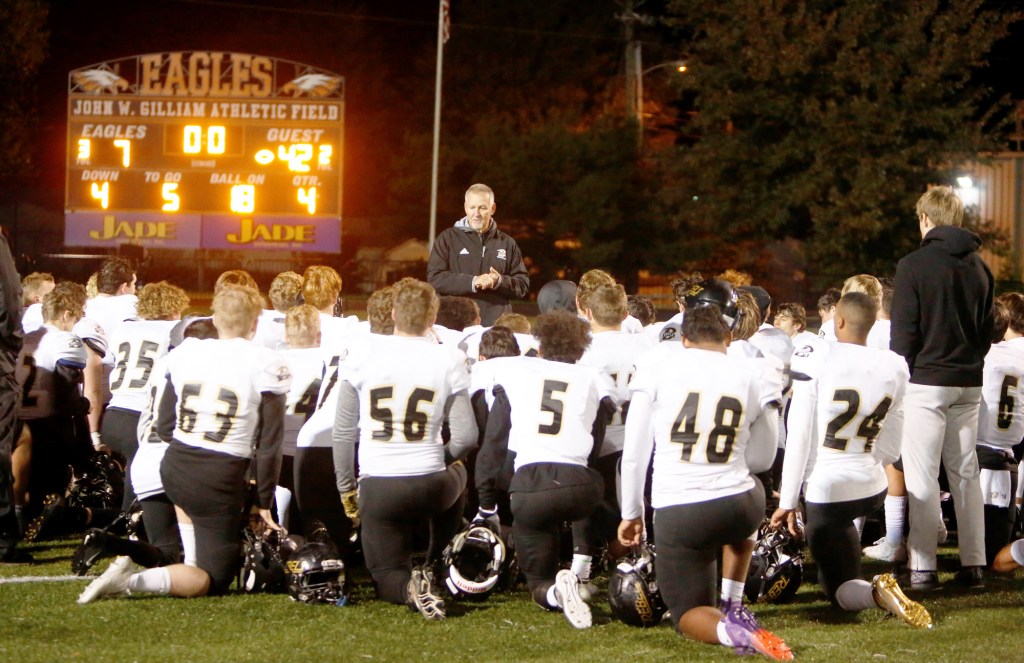 The regular season has come and gone, and it was another good one for Boyle County, which completed its schedule Friday night with a 42-7 romp over Madison Southern at James A. Williams Stadium.

But the 10 games that are in the books only serve as a preamble to the postseason for Boyle and its coach. The playoffs are what Chuck Smith works for, and he wants to convey that to his team.

“To me, the most exciting part is the playoffs,” Smith said. “That’s what I coach for is the playoffs. I love what’s at stake: Single elimination, you lose, you’re done. That’s pressure, that’s excitement. I’m fired up for it. I hope the guys are.”

There wasn’t a great deal of excitement surrounding the regular-season finale for Boyle (10-0). The Rebels completed their 10th undefeated regular season – and their second in as many years – with another easy victory in which they scored on their first four possessions.

Smith said the Rebels were flat for the second time in three weeks, but while he was bothered a bit by that, his focus is fixed forward and his desire is for the players to have the same level of excitement about what lies ahead as he does. 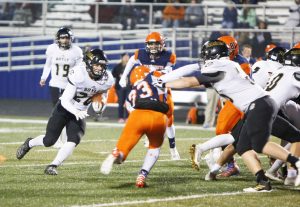 “If they don’t have it, it’s really hard,” he said. “They’re a senior-dominated team and they should have great leadership. They should know how to lead and how to get it done, and if they don’t we’re not going to last very long.”

Boyle opens the postseason next Friday at home against Anderson County (4-6), a team they dispatched 52-7 just two weeks ago.

Smith said the Rebels were not sharp at the start of that game and were even less so Friday against Madison Southern (5-5).

“I think we kind of went through the motions. I didn’t think it was a very good performance at all, to be honest,” he said. “I think we’re even flatter than we were (at Anderson), but what we proved is we’re good enough to win.

What Boyle did do was take control of the game in typical fashion. The Rebels led 22-0 after one quarter, taking advantage of two Madison Southern errors to add to their lead.

Reed Lanter and Cameron Yates hooked up on touchdown passes in the second quarter, the latter giving the Rebels a 36-0 lead with 1:31 remaining in the first half. That made this the eighth Boyle game this season in which the running-clock mercy rule has been in effect. 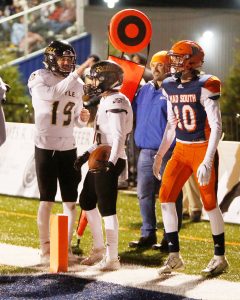 Cameron Yates, right, is congratulated by Boyle County teammate Reed Lanter after Yates scored a touchdown on a 5-yard pass from Lanter during the second quarter Friday. Lanter and Yates connected on two touchdown passes in the Rebels’ 42-7 victory. (Photo Mike Marsee)

Will McDaniel rushed for two first-quarter touchdowns for Boyle, which uncharacteristically had more rushing yards (176) than passing yards (135) as it outgained Madison Southern 311 yards to 139.

Reserve Jacob Graves was the Rebels’ leading rusher with 62 yards on five attempts, all in the second half. Andrew Sacco had 50 yards on seven carries, and McDaniel had 22 yards on eight carries, including TD runs of 4 and 6 yards.

Yates, Reiley Colwick and Cole Lanter had three catches each. Reese Smith, who suffered an ankle injury in the Rebels’ win over Bourbon County last week, played only briefly and had one catch for 11 yards.

Landon Bartleson scored on a 1-yard run on the opening drive, and Boyle got the ball back on the next play from scrimmage when Sacco recovered a fumble at the Madison Southern 33-yard line.

That set up McDaniel’s first touchdown, which came two plays after the Eagles were called for roughing the kicker on a Jackson Smith field-goal attempt that was ruled no good and would have been his first missed kick of the season.

Madison Southern quarterback Tobias Storm sat out the game after suffering a concussion last week. The Eagles used freshman Cole Carpenter on passing downs and sophomore Walt Smith on passing downs, and Carpenter threw a 41-yard touchdown pass to Smith for their only score in the closing seconds of the first half.

Jackson Smith kicked field goals of 32 and 38 yards in the fourth, and he finished the regular season 7 for 7 on field-goal attempts and 59 for 59 on extra-point attempts.

Boyle was No. 1 among Class 4A schools in the RPI standings heading into the final week of the season and could play all of its postseason games leading up to the state finals at home if it finishes the regular season in that position and continues to advance in the playoffs.

No matter where the playoff road takes the Rebels, Chuck Smith is ready to get started.

“I can’t wait to get started this week,” he said. “We’ll get some things done on Sunday and then we’ll go right into it on Monday. I can’t wait.”