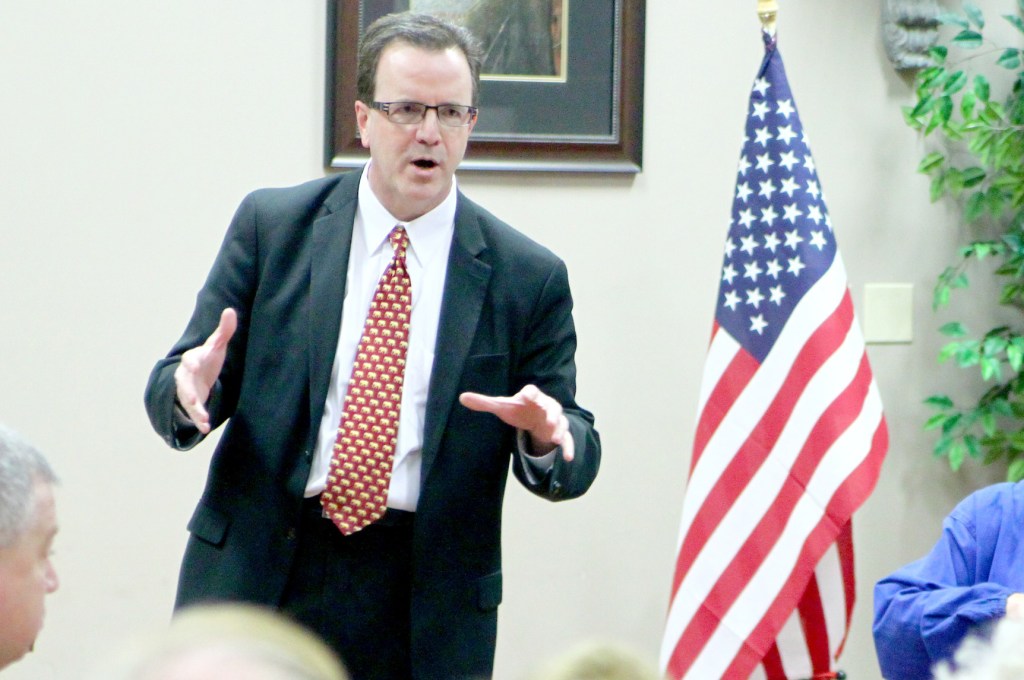 In a victory speech Tuesday night, Harmon thanked his supporters and asked them to pray for him.

“We came into this office four years ago and we told everybody that all our auditors — we’re not going to target anyone, we’re not going to give anybody a pass, we’re just simply going to follow the data … and that’s what we’ve done,” Harmon said.

Harmon said he had to take the opportunity to tell one joke, then pondered what he might have done if he had lost the race.

“I thought, ‘Well, I might end up maybe starting a company cleaning mirrors. I’m not really sure but it’s just something I can see myself doing,” he said to laughs from the audience.

“I’ve never won by this great of a percentage in any of my races, but we thank you all,” he said. “Keep us in your prayers — we’ve got a long hard four years as well, because there’s a lot to do.”