Two children from Indiana were abandoned on the side of a road in Danville Tuesday morning and their mother was later located in Junction City and arrested; her charges include possession of methamphetamine.

At 9:56 a.m., Danville Police responded to a call from a county public works employee about two abandoned boys, ages 9 and 11, who had been left in the area of Lebanon Road and the bypass. 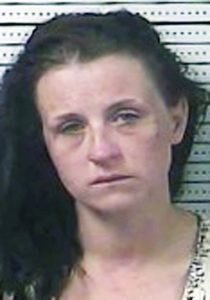 Officers learned that the boys had been left by their mother and the family had been traveling from Indiana to visit family in Somerset. Police took the children to the police department; Social services assisted and the boys will be placed with family members, according to police.

A description of the mother’s vehicle was shared with area law enforcement and at 12:20 p.m. Junction City Police Chief Russell Preston located the vehicle near Worldstown Road and conducted a traffic stop.

Danville Police responded and took Erica J. Girdler, 31, of Indiana into custody. She was charged with two counts endangering the welfare of a minor, two counts of abandonment of a minor and first-degree possession of a controlled substance, meth.

Konrad Kyree Hayes, 31, of Lancaster and Destiny Huff, 26, of Nicholasville were arrested after two BCSO deputies spotted suspicious vehicles parked at Parksville Baptist Church at 12:36 a.m. on Sunday as they were patrolling the area. 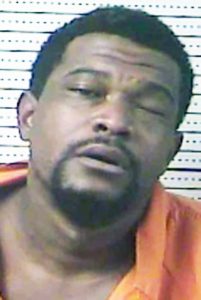 The officers discovered Hayes had an active warrant for his arrest and he was placed in custody. When searched, officers located about one ounce of suspected crystal meth in his pocket, along with approximately $800 in cash, a scale, a small amount of marijuana and a dollar bill wrapped up with an unidentified white powder on it, according to the Sheriff’s Office.

Deputies noticed that Huff had a bulge in the front of her pants and after being asked about it, she allegedly pulled out a fake $100 bill along with a folded paper containing a small amount of crystal meth. After being taken to the Boyle County Detention Center, it was revealed that she also had a foreign object inside her body, which turned out to be a folded piece of foil that contained suspected heroin. 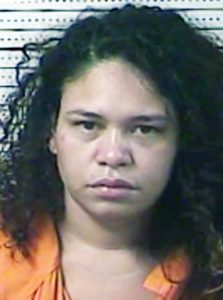 Huff was charged with two counts of possession of a controlled substance, for heroin and meth;  tampering with physical evidence; promoting contraband; and criminal possession of a forged instrument and was held on a $12,000 bond.

Sunday night, Shawn Mulrenin, 44, of London, was attempted to be stopped by Boyle County Sheriff’s Deputies near Junction City, but traveled for about a mile before pulling over. 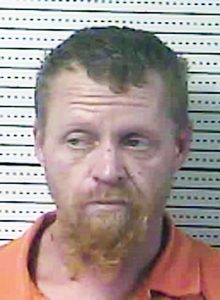 He finally stopped at U.S. 127, near the Junction City sign. He was driving a 2001 Ford Ranger with expired registration and the rear license plate was not illuminated.

According to deputies, Mulrenin appeared to be very nervous and had a suspended driver’s license. When he stepped out of the truck, deputies noticed a plastic bag partially sticking out from inside of his boot. When asked about the bag, deputies say Mulrenin told them it was meth.

Following a search, deputies found a counterfeit $100 in his pocket.

Mulrenin was arrested and charged with having no registration plates, rear license plate not illuminated, trafficking in a controlled substance, driving on a suspended license and criminal possession of a forged instrument. He was lodged in the Boyle County Detention Center on a $12,000 bond.