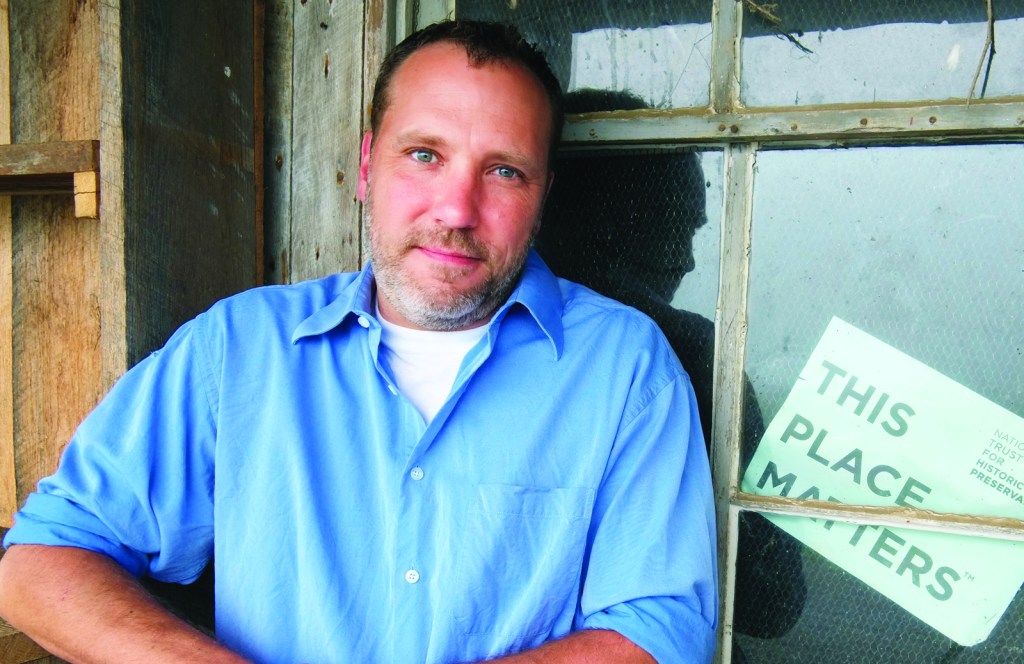 Maurice Manning poses for a photo taken on the porch of Penn's Store. (Photo by Steve Cody_

Maurice Manning says although he’s a poet, the stage holds a special place in his heart. He’s the author of “The Common Man,” his book of poetry which was a finalist for the 2011 Pulitzer Prize. And a show by the same title will hit West T. Hill Theatre Saturday night.

Manning says the performance is based on several poems from that fourth book, but it was not his idea. “This is all the work of The Falcon Theatre, based in Newport …” and its outreach affiliate, The Falcon Takes Flight. He says in the last few years, the theater has taken on the task of adapting the work of a Kentucky writer for a stage presentation each season.

“I was invited to attend their presentation in Newport and just loved it.”

As far as what theatergoers can expect Saturday night, Manning says he describes it as “a kind of reader’s theater. Several actors … offer dramatic readings of certain poems. Between readings, a trio of musical sisters perform folk songs that nicely compliment the poems.”

So, he says, this is sort of a traveling show that WTH has kindly agreed to host.

As for Manning’s own experience with this, “it has been personally moving,” he says. He explains the actors and musicians have taken one art form and turned it into a completely different one. And he’s learned from it. 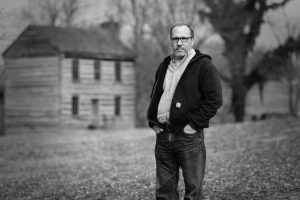 Maurice Manning, a Pulitzer Prize finalist, will be on hand Saturday night at West T. Hill Community Theatre while actors and musicians acts out pieces from his book, “The Common Man.” (Photo by Steve Cody)

“I’ve learned that one art can beget another art. Something rich and rewarding comes from the exchange,” he says, and that it’s also deeply gratifying to know artists recognize and value what another artist has done. The actors and musicians have taken several of these poems and made them into something distinct, something new, he says.

“These poems now have a new life, one that goes beyond anything I imagined when I wrote them.”

Those poems also have their roots in local people Manning knew, growing up in Danville. Although some of the characters are invented, he imagines people attending the performance would recognize connections “to some of the colorful people who used to be around Danville 30 or 40 years ago.”

When he was working on “The Common Man,” Manning wanted his pieces to capture an oral tradition in our culture, when people sat on their porches and told tales. Although passed on by word of mouth, these tales still use imagery, smilie, understatement and metaphor — conventional literary techniques.

“We’re smarter than we think, when it comes to our use of the English language,” he says.

Manning himself was involved in several plays during the early years of WTH; he was a seventh-grader when he had a role in the first production, “The Browning Version,” alongside of Stan Campbell and Buddy Edwards, among others.

“Dr. (West T.) Hill directed; he was tough and crotchety,” Manning says. He was in several other plays throughout high school, and even though he immensely enjoyed it, Manning admits he’s not cut out to be a serious actor.

“But I learned that the stage is a three-dimensional space, and a work of literature comes to life in such a space, where characters actually move and gesture and talk, and occupy a real room or a front porch “ he says, something that’s been invaluable to him as a poet.

“From my theater experience I realized that a poem, rather than existing in an ethereal realm, may, in fact, take place in the real world and in a tangible location, with trees and shadows and birdsong,” Manning says.

“Even though one may be creating an imaginary circumstance, if it is to have dramatic impact, it has to seem as if it belongs to the world of the everyday, a world most of us are happy to know because we belong to it.”

Manning will be at Saturday’s performance and will take questions afterwards.

“Since Maurice is a former actor with us, we were anxious to facilitate this performance,” WTH’s managing director, Karen Logue, says. “We are proud of his artistry and success.”

“The Common Man,” a one-night only performance of readings and music from Maurice Manning’s book, will be 8 p.m. Saturday at West T. Hill Community Theatre. The event features acting and music from the Falcon Theatre out of Newport. Tickets will be available at the door while they last; at westthill.com; or by calling the box office at (859) 319-0205.