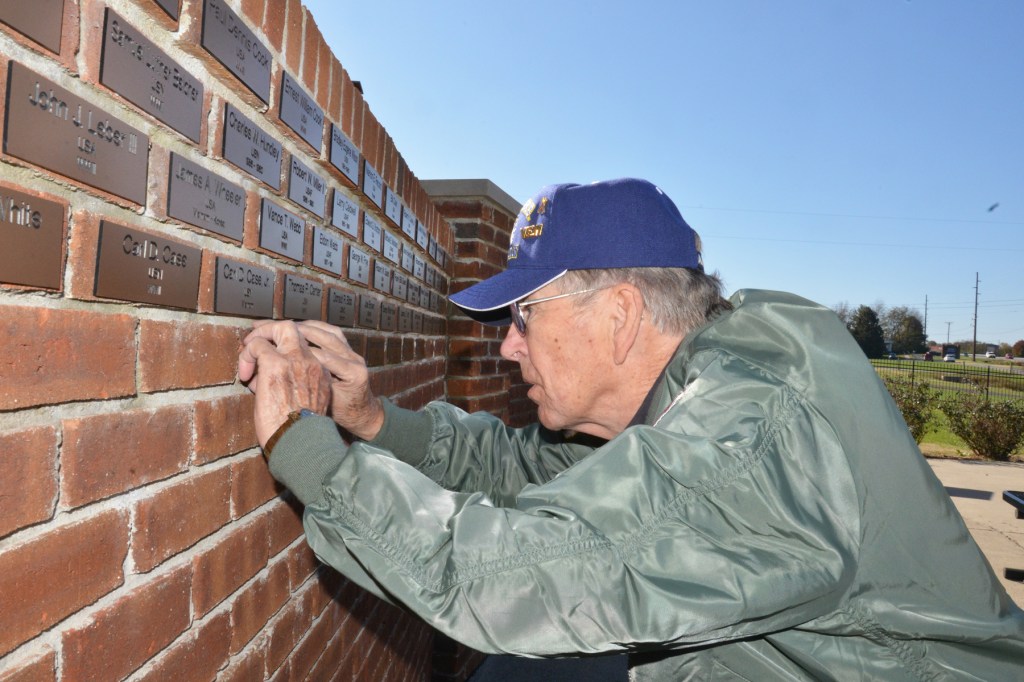 Jack Hendricks places a name plaque on the Veterans Wall of Honor Wednesday, bringing the total number of names to 1,568. (Photo by Robin Hart)

There are now 1,568 names on the Veterans Wall of Honor at the Boyle County Fairgrounds. On Wednesday, Jack Hendricks added 10 names to wall, which has been in existence for 15 years now, he said.

Looking at the center of the first wall, which was originally built for the S.C. June White Community Park in 1979, there are 77 names of veterans from Boyle County who were killed in action during past wars. “Hopefully we will never have to add another one,” Hendricks said. 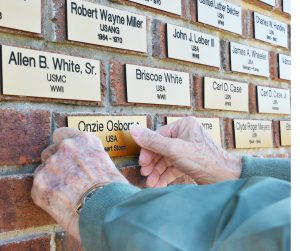 Jack Hendricks carefully adjusts the name plaque of Onzie Osborne, who served in the Army during Desert Storm. (Photo by Robin Hart)

Any veteran who lives in Boyle County can have their name added to the wall. Some people think only veterans who have died can have their names added, but that’s not the case, he said. “They can go ahead and put it on so they can see it and enjoy it.”