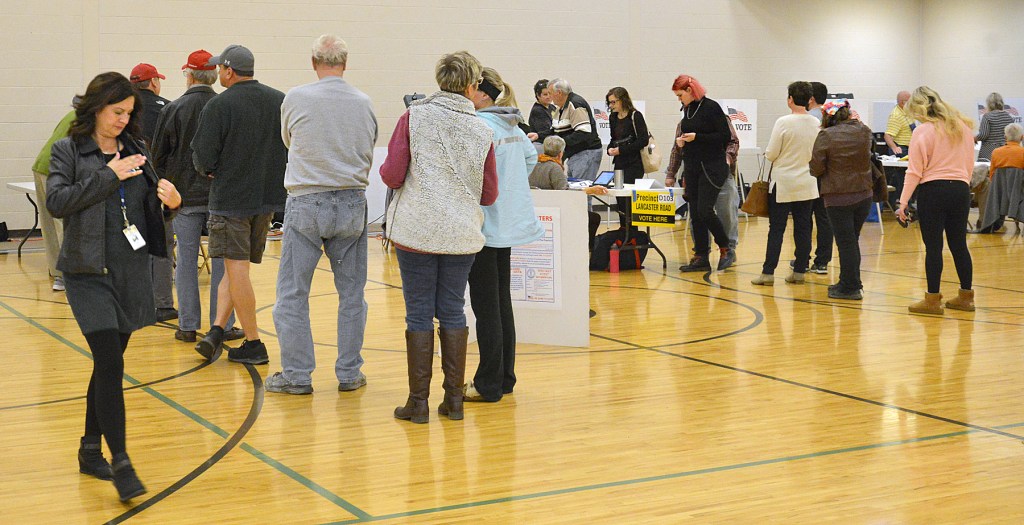 An exit poll of 1,832 Boyle County voters shows the birthplace of the Bluegrass state may have done a better job than most at resisting political polarization.

That’s according to Centre professor Dr. Benjamin Knoll’s assessment of the exit poll, which he administered along with fellow Centre professors Dr. Ryan Lloyd and Dr. Jaclyn Johnson.

About 75 Centre students conducted the exit poll surveys with randomly chosen voters; they got 55.1% of the 3,325 voters they asked to take the poll, or about one out of every six voters in the county.

Knoll pointed to the amount of political support different politicians have as evidence that Boyle County voters are less politically polarized — they’re willing to support politicians from both sides of the aisle.

“Local politics have become increasingly nationalized over the last few decades. While this trend has certainly affected Boyle County, it has resisted this trend to a great degree than much of the rest of the country,” Knoll said. “Local politics in Boyle is still less polarized than national politics.”

Voters were asked whether local politicians and political bodies “have performed well enough to deserve re-election, or do you think it’s time to give a new person a chance?”

Boyle County’s Republican U.S. Rep. Brett Guthrie received 53.7% overall support for re-election, including 77.9% of Republicans, 23.6% of Democrats and 57.8% of independents.

“It’s notable that nearly a quarter of Boyle County Democrats think that Congressman Guthrie has performed well enough to deserve re-election,” Knoll said. “That kind of cross-partisan support for members of Congress is increasingly rare these days.”

Knoll said it’s noteworthy that almost two in five Democrats support re-electing their Republican judge-executive, and almost half support the fiscal court (which has three Republicans and three Democrats).

“At the same time, neither Judge Hunt nor the fiscal court has a lock on the Boyle Republican vote, either, as about 20% and 33% of Boyle Republicans think that it’s time to get someone new, respectively,” Knoll said.

Support is even more balanced across parties for Danville elected officials.

Part of the exit poll asked respondents about the importance of local issues. Prescription drug abuse was ranked most important, with 21.5% of respondents choosing it as the number-one problem.

Knoll said that hasn’t changed — prescription drug abuse was also the top concern at 28% when Centre students conducted an exit poll in 2016.

What has changed is Boyle County voters are apparently significantly less concerned about jobs. In 2016, they ranked “job creation” as the second-most important local issue, at 21% right behind drug abuse. This year, job creation fell to No. 4 at 10.8%, now also behind crime (17.8%) and education (15.7%), according to the poll results.

The full ranking of local issues is: 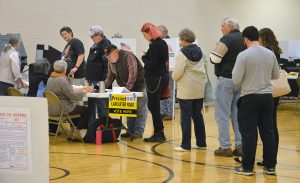 The exit poll also asked specifically about the recent re-striping of Danville’s Main Street. The plan to reduce lanes and introduce dedicated turning lanes created a substantial amount of controversy several years ago before getting shelved, and then got people talking again earlier this year when it came back off the shelf. The lane changes became a reality in August.

A whopping 80.8% of those asked approve of the lane changes downtown, with 19.2% disapproving.

“While McConnell is still very likely to win re-election next year, given the partisan makeup of Kentucky voters, he’s less popular among Republican voters even than Trump, Paul or Guthrie,” Knoll said.

The poll also asked what respondents thought about Trump’s trade policies with China and how they have affected the economy.

“Another interesting exception is that nearly half of Boyle County voters think that President Trump’s trade policies have had a negative effect on Kentucky’s economy, including one of every six Republican voters,” Knoll said.

More from the poll

How the poll was conducted

According to a summary of the polling process, the approximately 75 Centre College students who conducted the exit poll were on-site from 6 a.m. through 6 p.m. on Election Day.

The students and professors were assisted by Michel Margolis, Dan Hopkins and David Azizi at the University of Pennsylvania in preparing and processing the survey results.