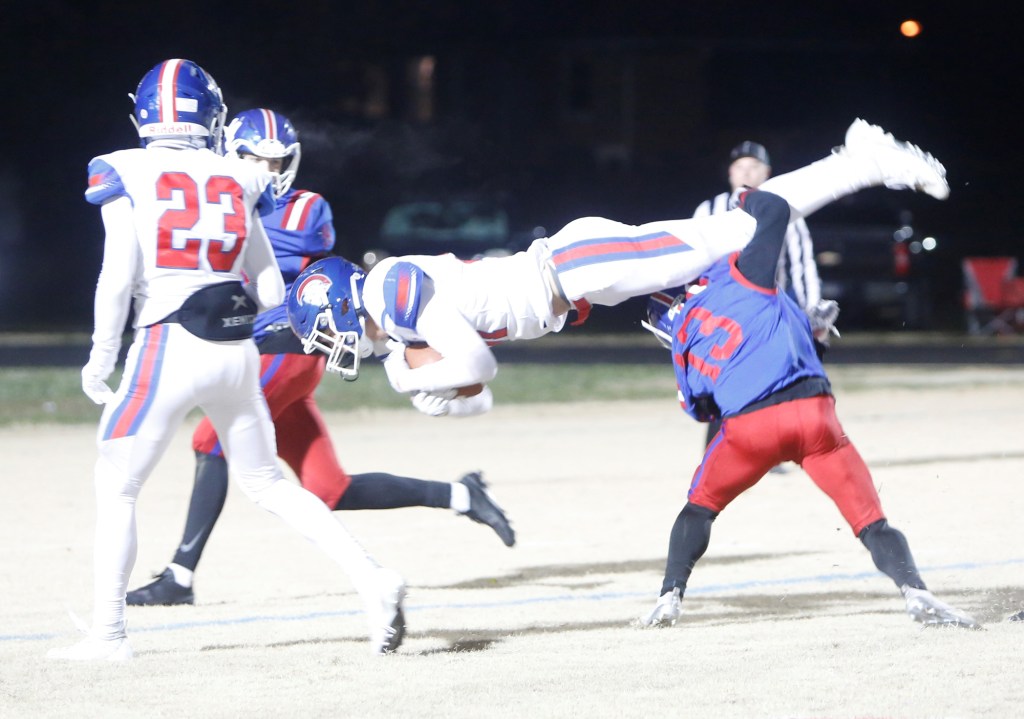 HARRODSBURG — It was just another sequel that failed to measure up to the original.

After the excitement of the first meeting between Mercer County and Christian Academy of Louisville, there was every reason to believe that the rematch could be one of the best first-round playoff games in the state.

But CAL made sure there wouldn’t be the kind of drama that made Mercer’s win six weeks earlier so compelling, stifling the Titans’ offense and handing them a 34-14 loss in the opening round of the Class 3A playoffs.

Mercer posted its second-highest point total of the season in a 45-42 victory over CAL on Sept. 27 in Louisville, but on Friday the Titans were held to their second-lowest score as they struggled to advance the ball.

The defeat ended a memorable season for Mercer (8-3), which reached eight wins for only the third time since their championship season of 2006 and earned a home playoff game by finishing second in the strongest district in Class 3A. 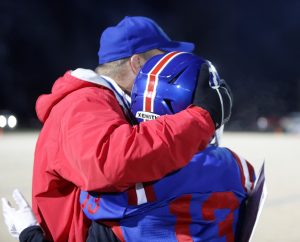 “We’ve played some awful good football,” Buchanan said. “I think they brought our program an awful long way. We’d like to have gone further, but they brought us a million miles.

“It was a huge accomplishment for us to get a home playoff game in this district, and our kids did it. It gives us a lot to build on, and I’ll forever be grateful to this football team.”

Mercer did, however, fail to win a playoff game for the first time in five years, largely because it couldn’t get its running game untracked.

The Titans rushed for 136 yards, which wasn’t that far from their average of 158 per game, but they had only three rushing plays of more than 10 yards.

“They were much, much sounder stopping the run tonight,” Buchanan said.

Buchanan said the return of defensive end Braeden Babin, who missed the first game with an injury, made the Centurions’ defense. 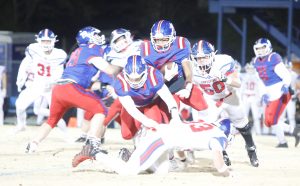 The Centurions outgained the Titans 343 yards to 252, and they racked up 21 first downs.

Mercer appeared to be ready to match CAL’s offense in the early going, as the Titans drove 63 yards in seven plays on their first possession to answer the Centurions’ opening-drive touchdown. Dillon Warren scored on a 39-yard reverse run to give Mercer a 7-6 lead just over six minutes into the game.

CAL scored two plays later on a 60-yard pass from Sabatino to Gage Gerin, and Mercer promptly went three-and-out on its next series.

The Centurions used a 10-play drive to produce another touchdown, and the Titans failed to take advantage of a 52-yard kickoff return by Warren and turned the ball over on downs at the CAL 36-yard line.

CAL again made them pay, scoring five plays later to take a 27-7 lead just over five minutes into the second quarter.

Mercer finally managed an answer when quarterback Kaelin Drakeford broke free for a 56-yard touchdown run – he was his team’s leading rusher with 101 yards on nine carries – but a nine-play drive allowed CAL to score once more before halftime to restore its three-touchdown lead.

The Titans tried to get back in the game on the opening drive of the second half, as they drove from their own 31 to the CAL 8. But Drakeford was stopped at the 4 on a fourth-and-goal rushing attempt, and Mercer never threatened again in a scoreless second half.

Drakeford completed eight of 21 passes for 116 yards, with Warren and Jalen Lukitsch catching three each for 56 and 48 yards, respectively.

Buchanan said that even though Mercer’s season didn’t last as long as the Titans would have liked, this team will be remembered for raising the bar.