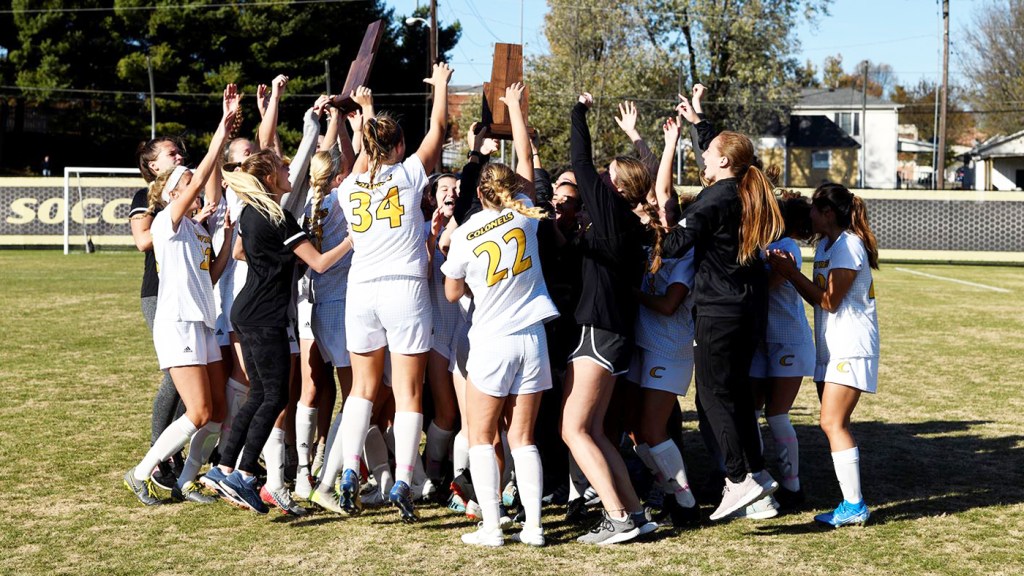 Eight seasons have passed since the Southern Athletic Association’s inaugural campaign in 2012, but one constant has prevailed year after year. For the eighth time in a row, the Centre women’s soccer program has captured the SAA Tournament Championship, defeating Rhodes by a 3-0 score in Sunday’s finale at Andrew P. Amend Field.

The sixth-ranked Colonels match last season’s 21-0 start for the best in program history, and remain the only team to ever hoist the SAA Women’s Soccer Tournament trophy since the league’s inception. Rhodes (13-6) has now finished as runners-up six times.

By virtue of the victory, the Colonels have ensured themselves a spot in the NCAA Tournament for the ninth straight season, as well.

Along the way, Hughes recorded her 67th point of 2019, setting a new program and SAA single-season record.

– Much of the first half played out to a stalemate, but a late connection from a pair of subs changed the game’s landscape. With under three minutes to play in the period, Annie Stauffer sent a long pass into the box where Mills Mullen converted a header to make it 1-0.

– Centre would get 18 of its 23 shots in the second half as it ramped up its offensive pace.

– Hughes doubled the Colonels lead just one minute into the period, slamming home a loose ball from the center of the 18-yard box for her 24th goal of the season. That score officially pushed her over former Colonel Destinie Graves’ 63-point output in 2015.

– She would flash her striking abilities again in the 66th minute, scoring from some 25 yards out to add another insurance goal.

INSIDE THE BOX SCORE

– The Colonels had 15 corner kicks, including 10 in the second half alone. Rhodes managed just one corner kick and four total shots.

– Hughes has scored in eight straight matches, netting 15 goals across that stretch. She’s added seven assist during that time, as well.

– Jonelle Barron finished with one save as the Colonels recorded their sixth consecutive clean sheet and 16th shutout of the season.