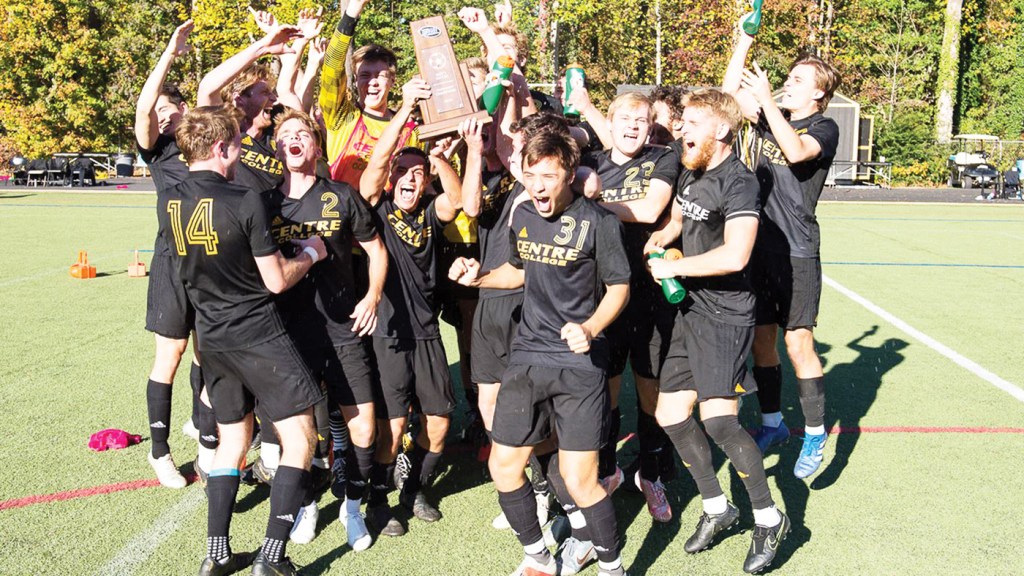 The Colonels improve to 16-3-1 overall and have won 10 matches in a row, officially punching their ticket to the NCAA Division III Tournament for the seventh time by virtue of the SAA’s automatic bid.

Already the most prolific striker in Centre’s history, Garuba matched the program’s single-season record with his 21st goal of the year just minutes into the first extra session.

Following the match, Garuba, Tate Johnson and Will Newton were named to the All-Tournament team, with the latter being named MVP of the event.

– Although seven goals were scored in the contest, none came in the opening 45 minutes as the two sides went into the halftime break in a 0-0 tie.

– Oglethorpe’s Ryan Marcano needed just 49 seconds into the second period to net the opening goal, but Centre’s Dylan Barth answered just three minutes later on an assist from Nick Mazzarella to make it 1-1.

– Garuba’s first goal came in the 62nd minute, marking his 19th of the season to match his output from 2018.

– The Stormy Petrels got two in short order, however, regaining a 3-2 advantage in the 75th minute.

– The Colonels would go down to 10 men on a red card in the 76th minute, but just moments later Garuba earned a penalty kick and converted to equalize once again.

– It took barely two minutes into the first extra period for Garuba to net his record-tying, game-winning goal, thanks to Barth’s assist.

INSIDE THE BOX SCORE

– Shots were nearly even, with Centre maintaining a slight 17-15 overall advantage (8 to 7 in shots on goal).

– Johnson finished with four saves in the victory.

– Garuba has scored in nine consecutive matches, totaling 14 goals across that stretch. His 21 goals this season equal Ryan Garvey’s output in 2012 for most in program history.