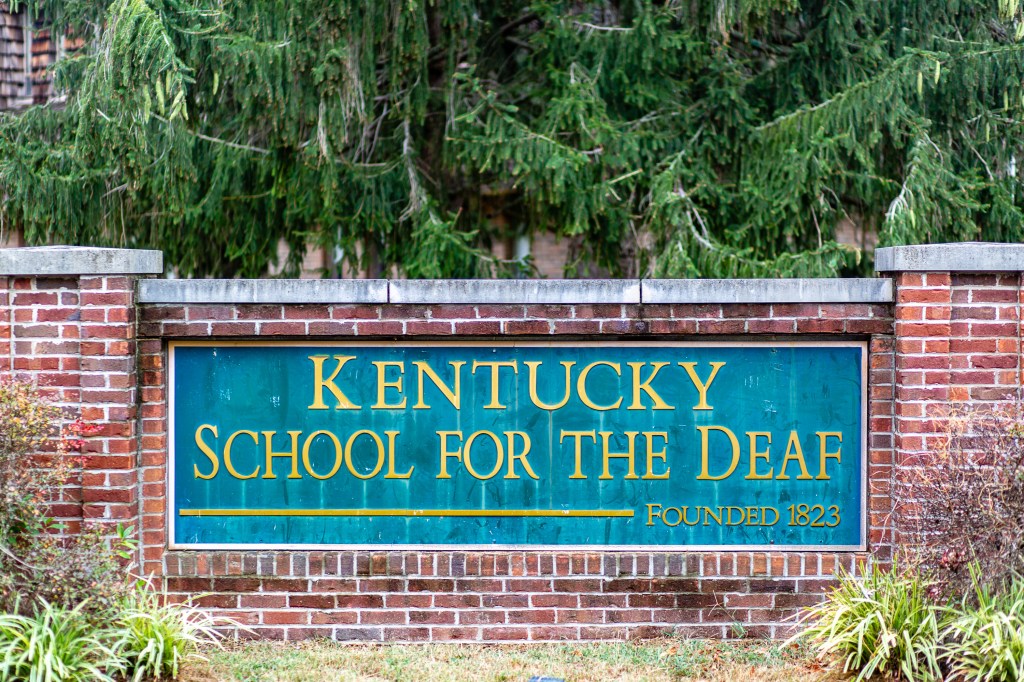 Deanna Glasser no longer seeking her job back, but says alleged reasons she was let go amount to ‘unwarranted attacks’

A former teacher at the Kentucky School for the Deaf who has filed a whistleblower lawsuit says reasons given for why she wasn’t allowed to keep her job are false.

Deanna Glasser told The Advocate-Messenger a major aspect of her lawsuit against the Kentucky Department of Education, KSD Principal Toyah Robey and KDE Commissioner Wayne Lewis has to do with a letter sent to her from Robey and Lewis, allegedly stating the reasons her teaching contract was non-renewed at the end of last school year.

“The claims (in the lawsuit) are related to (Robey’s and Lewis’) stated reasons for non-renewal. That was missing in the article” about the lawsuit the paper published in October, Glasser said. “Non-renewal is not a firing. Non-tenured teachers can be non-renewed without reason. However, there is a state statute that allows a non-tenured teacher to requests reasons. Those reasons must be truthful.”

As reported in October, Glasser’s lawsuit claims she requested just such a letter from Robey and Lewis after she was non-renewed on May 9. The stated reasons eventually provided to Glasser, “contain misrepresentations or are completely untrue and they are not documented in (Glasser’s) personnel file,” the suit alleges.

“The true reason for (Glasser’s non-renewal) … was (Robey’s) desire to retaliate against (Glasser) for her actions and her speech to advocate for the rights of deaf and hard of hearing students,” the suit reads. It continues that Commissioner Lewis “demonstrated his approval of Robey’s retaliatory intent by taking final action to non-renew (Glasser), in order to punish her and to silence her speech and reporting of illegal practices and threats to the safety and welfare of KSD students and staff.”

The Kentucky Department of Education did not comment for this story. “We prefer not to comment about pending litigation,” said Jessica Fletcher, chief communications officer for KDE.

Glasser expanded on her suit’s claims in an email to The Advocate-Messenger on Oct. 31, in which she wrote, “I have determined that none of the allegations are documented in my personnel records, including those that are said to have arisen more than a year ago, during the 2017-2018 school year.”

Glasser declined to provide the newspaper with a copy of Robey’s and Lewis’ reasons for non-renewal, citing the ongoing lawsuit. But she did provide excerpts from a letter she wrote in response to the reasons.

In one excerpt, she wrote, “I am offended that my regard for, and appreciation by deaf students is being grossly misrepresented as inappropriate counseling, and further, stated as a reason for my non-renewal. If adequate staffing — sufficient to meet the communication needs of our deaf students — had been in place, I would not have been approached by mental health staff or students whose personal stories of distress I would have preferred not to hear.

“In summary, as to all of the reasons stated for my non-renewal, these unwarranted attacks on my professional competence and dedication as an experienced specialist in deaf education, are made solely in an attempt to justify non-renewing an experienced and skilled deaf educator. The stated reasons have no support in my personnel records.”

Glasser’s lawsuit alleges her contract as a language arts teacher at KSD was not renewed in the summer of 2019 because of numerous reports she made concerning student bullying, student mental health services, school safety, a lack of speech therapy and Robey’s behavior.

Beginning in the fall of 2017, Glasser’s suit claims teachers like her who are proficient in American Sign Language began needing to interpret for and communicate with deaf students who were experiencing mental health and other problems. That was necessary because after a large number of experienced KSD staff retired or left, many new staff had been hired who were not fluent in ASL.

“… teachers like (Glasser were) … being called in to hear and shepherd students with immediate social-emotional needs when mental health staff were not available,” the suit claims.

Glasser’s suit claims she was called into Robey’s office and/or reprimanded multiple times for listening to students with problems and relaying those problems as she could to other staff.

Other excerpts from Glasser’s response to the reasons for non-renewal focus on her “exemplary” evaluations in prior school years, Robey’s alleged failure to complete an evaluation of Glasser for the 2018-19 school year, and Glasser’s accomplished career in deaf education.

“Based on my teaching, education, training and research experience, I have demonstrated my commitment to knowing and implementing best practices in deaf education. For nine years, I have participated in a federal research group for strategies in teaching writing to students who are DHH (deaf and hard of hearing),” one excerpt reads. “I attend professional development beyond expectations. For example, in the summer in 2018, I attended 67 hours of professional development. This school year, I was data collector for students participating in a federal research grant. I hold undergraduate degrees in deaf (K-12) and elementary education with a minor in literature. I possess a master’s degree plus (70 semester hours) from the University of Illinois in Speech and Hearing Science. I am a Rank 1 teacher with 25-plus years’ experience. Many of my years of service were at nationally recognized research centers such as Vanderbilt and Boys Town National Research Hospital Centers for Childhood Deafness. I am completely aware of and use best practices in my teaching.”

The suit asks a judge to:

The suit as it was filed also asks for Glasser’s job at KSD to be reinstated, but Glasser told The Advocate-Messenger she is no longer seeking that.

“At this time, I am not demanding my job back. However, when we moved to Danville, it was my plan to serve the rest of my 15-20 year career at KSD,” she wrote in her Oct. 31 email. “I was quickly offer(ed) leadership employment at other out-of-state schools for the deaf.”