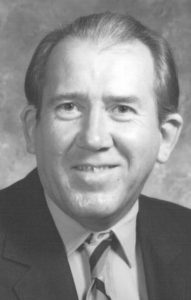 Paul “P.A.” Edward Jones, 80, of Stanford, Kentucky passed away at home on November 10, 2019. Born on March 4, 1939 in Stanford, KY to the late Charles Jones, Sr. and Nannie Mae Brummett Jones. Paul was a member of Gilbert’s Creek Church in Lancaster, KY. He worked and retired from General Motors after 30 years, where he worked on the assembly line in Pontiac, Michigan.

A one day service has been scheduled for Friday, November 15, 2019 at Spurlin Funeral Home in Stanford, Kentucky. Visitation will be from 11 to 2 p.m. with the funeral following at 2 p.m. with Dr. Jerry Browning officiating the service. Burial will follow at Lancaster Cemetery in Lancaster, KY.