‘All That Brass!’ opens next Pioneer Playhouse season 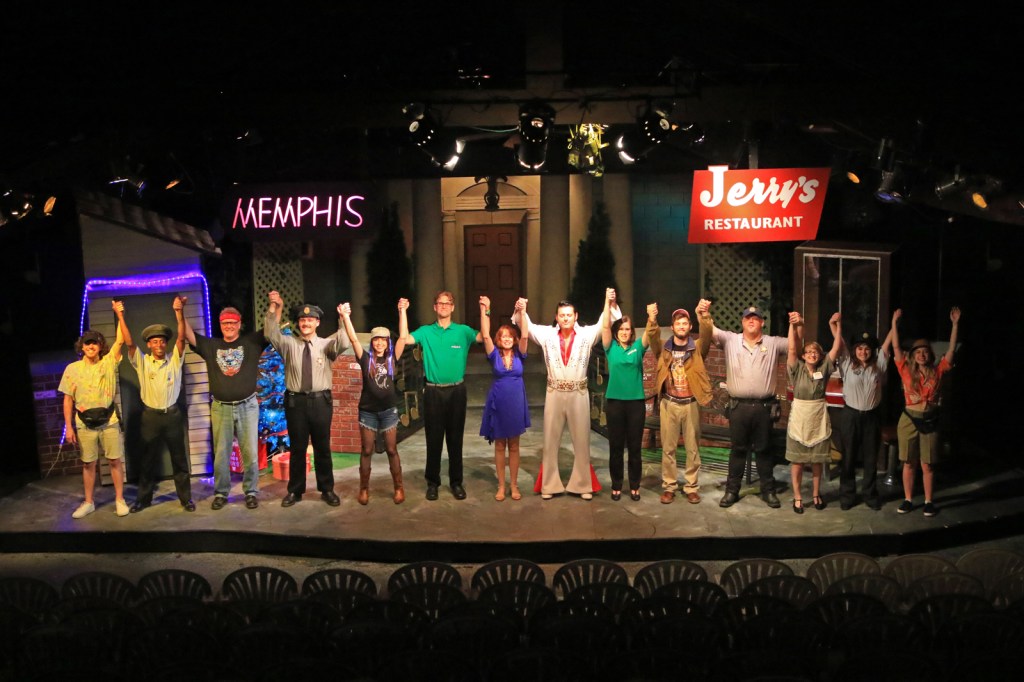 July 11, 2019 Pioneer Playhouse, Danville, KY the entire cast of Robby Henson's BREAKING UP WITH ELVIS from 2019. Breaking Up With Elvis

Heather Henson said this year’s season opener ties two iconic Danville organizations together. Pioneer Playhouse will open with “All That Brass!” a fictional take on a real event, which is the Great American Brass Band Festival.

“We say this every year, but we are really excited about this lineup,” Managing Director Henson says. “All That Brass!” was written by Holly Hepp-Galvan, a New York City playwright who co-wrote Angela Correll’s “Guarded” and “Granted” plays. Like those plays, this one is considered a Kentucky Voices original. As the opener, it will run June 5-20.

“She just took off it with it,” Henson says. Hepp-Galvan began researching and talking to folks who have been involved in the festival since its inception, including board members, volunteers and Vince DiMartino, for example.

“She came up with a story that really spoke to us and to the history of the festival.”

Henson says the story centers on a fictional family who helps run the festival, but also weaves together the story of a historical trumpet passed down through generations.

The trumpet was played at the Battle of Perryville, by a woman in an all female band in Lexington during the Women’s Suffragette movement — Henson says that is taken from a true story.

“‘All That Brass!’ does what our Kentucky Voices plays do best: brings Kentucky history and heritage into the spotlight. It’s really a chance to celebrate Danville and all the amazing things we have going on here,” she says.

Although the season is all lined out — and this certainly isn’t the Hensons’ first rodeo — funding is always a challenge for them. The Playhouse celebrated 70 years last summer, and it was a terrific season, Henson says. “But we really couldn’t keep going without help from the community, our sponsors, from all the patrons who have been coming year after year and who tell friends about it. Word of mouth is huge for us — many have fallen in love with the Playhouse over the years and want to share that love with friends, and that’s wonderful.”

Henson’s father and the Playhouse’s founder, Eben C. Henson, worked hard to get dedicated state funding to all outdoor theaters in Kentucky.

“We lost that funding two years ago, after 40 years of being in the state budget. We are thankfully able to apply for marketing funds through the Kentucky Department of Tourism, and we are so very grateful for that,” she says. But the bottom line is the theater increasingly must rely on private donors and local businesses for funding.

Grants are becoming fewer and farther between, Henson says, but they are a nonprofit and have been since the early ‘60s; all donations are tax-deductible.

“And we’re proud of the fact that we’ve received a grant from the National Endowment for the Arts for nearly 10 years, which funds our life-changing prison outreach program, Inside Voices.”

She says although the theater is all about the arts, it is also about tourism. “We want to help bring folks to Danville to eat here, stay here, see all the sights. A huge portion of our audiences come from outside the county, outside the state. We feel we’re definitely part of what makes Danville unique.”

The rest of the season