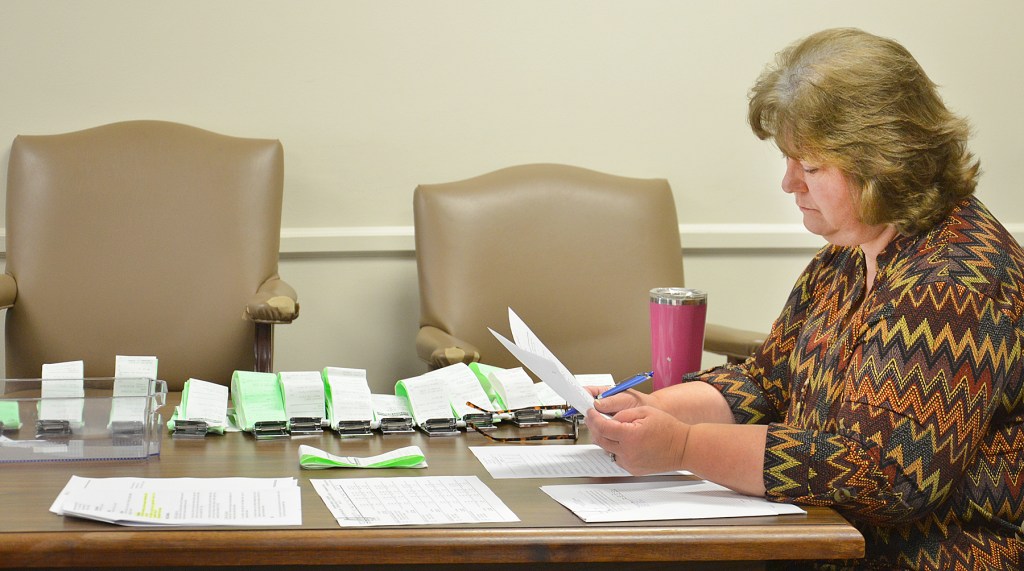 The Boyle County Board of Elections came to the same conclusion Thursday that was reported from the county clerk’s office on election night — Republican incumbent Matt Bevin beat his Democratic opponent Andy Beshear by four votes in Boyle County.

Statewide, the vote totals remained the same as well — Beshear won the election by a little more than 5,000 votes. 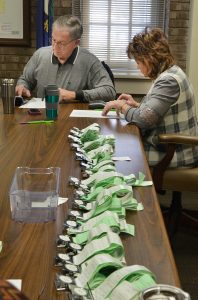 The recanvass took place statewide Thursday after Bevin asked for a recount following a narrow loss to Beshear last week by just over 5,000 votes.

Local board of elections members tallied the numbers that County Clerk Trille Bottom read from the voting machine tapes from every precinct. Also checking the results was Phil Osborne as a representative for the Democratic Party and Steven Knight who was representing Bevin, Bottom said.

After the board members — Ella Johnson, Democratic representative; Harold Green, Republican representative; and Janice Spears, Sheriff’s office representative — announced that all of their numbers matched, Bottom said, “No change in the count. We remain the same.”

“There was no irregularities, no anything,” Bottom said.

Knight asked if an audit of the machines would take place. Bottom said that it wasn’t a normal procedure, however, the Secretary of State does routinely choose several counties to audit. “That would be the only way that we would get an audit,” Bottom said.

Knight then asked if there were any glitches in the machines on Election Day, such as a power outage or if any precincts ran out of ballots.

Bottom said one machine in Mitchellsburg, precinct A103, had to have a scanner replaced. The board of elections went there and scanned all of the ballots that had been set aside inside of the machine.

“It was back up and running during the election?” Knight asked.