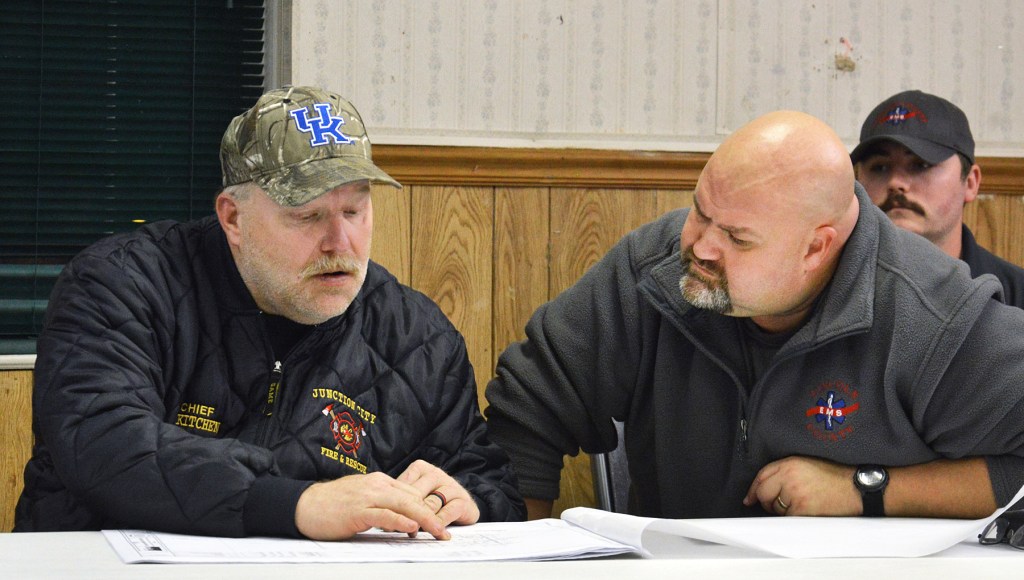 It’s going to cost Junction City well over $1 million to construct a new 10,000-square-foot municipal building to house city hall and the fire and police departments. 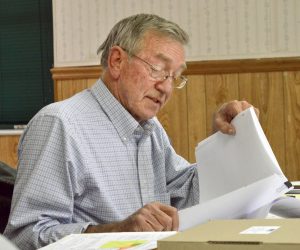 Junction City Mayor Jim Douglas looks over a proposal for the construction of a new municipal building Thursday night. (Photo by Robin Hart)

“It’s going to take some time to go over all of this and compare,” Douglas said. Council members and police and fire employees were told they could study all of the plans individually, or they could meet in groups to discuss the proposals. “Let’s make sure that everybody is on the same track.”

After the meeting, City Clerk Susan Music said she sent out 20 RFPs (requests for proposal) and received three proposals.

According to the RFP, Junction’s requirements included a 10,000-square-foot facility with a 12-space lighted parking lot; and could be either a post and frame construction or a pre-engineered metal building.

Douglas said the city will pay for part of the project with cash, “and take out a loan, probably. We’ve not decided yet which route to take. We’ll go where we can get the best interest rate.” 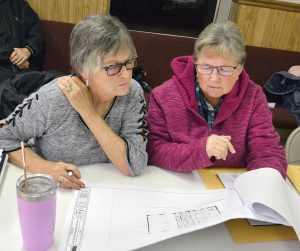 He said the council started several years ago to find grants for construction of the municipal building with the help of The League of Cities.

Just as they were “starting to move forward,” the person writing the grants with the League of Cities left and the next person wanted to start over.

He said that’s when the council decided to go ahead with the project on their own.

The current city hall and emergency departments are located in a small brick building just down the street. Because of the lack of space, the council has to hold its meetings at the Junction City Community Center, which was built in 1882 and is adjacent to property where the new building will be located on Shelby Street.

In other city business: