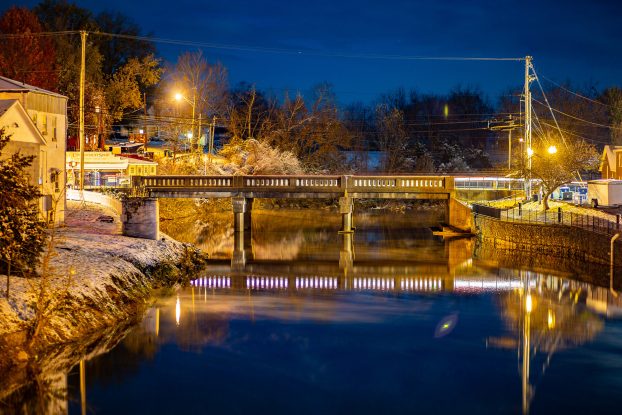 Kentucky Transportation Cabinet officials are in the process of re-evaluating a plan to overhaul the U.S. 150 bridge over the Chaplin River.

“After a public meeting on Nov. 12, it became clear that the community is not ready to move forward with the project until a solution is identified to maintain traffic through town, instead of utilizing a 12-mile detour,” a letter from the Transportation Cabinet, District 7, reads. “The engineering staff at District 7 and in Frankfort are exploring a range of solutions, but with an aging bright, the problem is complicated. They are working hard to find solutions, but at this point, we don’t know when their study will be complete.

“Rather than meet with those questions unresolved, we believe that the project and community will best be served by rescheduling the meeting. A more complete understanding of the options and implications on cost, schedule and any other impacts will ensure that the full picture is communicated.”

The letter thanks those who participated in the public meeting. “Your feedback is important to help us develop the best project for your community. … As soon as we have a solid understanding of the options to move forward, we will contact you with an updated meeting schedule.”

Boyle County Magistrate Tom Ellis said county officials are “confident progress is being made” on a new plan after a public meeting Tuesday night, which was the first time many people discovered the state wanted to close the bridge entirely during construction.

The U.S. 150 bridge is the only way for vehicles to cross the Chaplin River for miles around; the state’s initial plan would create a 12-mile detour from one side of the river to the other in Perryville.

Multiple residents and officials said they were concerned about the safety impact of the proposed closure: There is no EMS station on the west side of the river and access to water for fighting fires is also limited.

The state is planning to spend around $1.2 million to replace the Chaplin River bridge.

“The project will address the deteriorating condition of the bridge deck and bridge rails,” according to an informational handout provided Tuesday night. “The U.S. 68 approach does not accommodate large truck movements. Continuing to accommodate pedestrians is important.”

Construction is projected to happen in the summer or fall of 2020.

“Construction will be timed so the road is open for important local events including the Snappin’ Chaplin Turtle Derby, Battle of Perryville Reenactment and the Bourbon Chase Relay,” according to the handout.

Ellis said Friday that developing a plan to keep one lane of the bridge open at a time during construction “would greatly ease concerns regarding local fire protection, EMS, law enforcement and daily movements of our local residents going to work, schools and other necessary travels east and west from the area.”