Admirals soccer as much success in classroom as on pitch 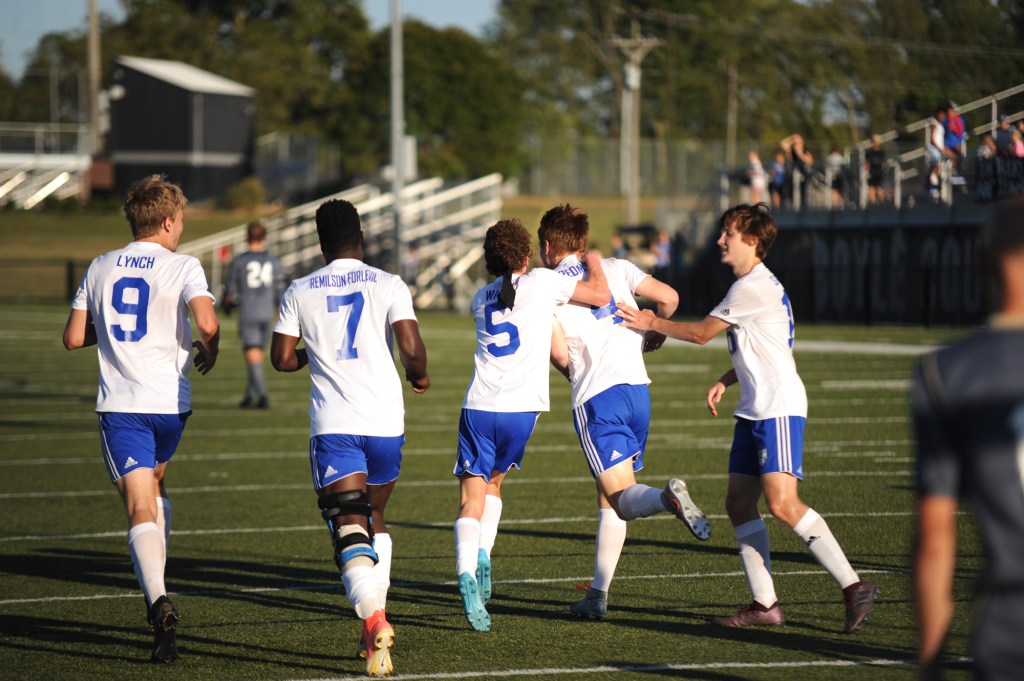 While the 2019 season saw Danville soccer sweep the district titles and the boys take the 12th region crown as well, it was a different kind of success that makes coaches Brent Beauman and JD Smith more proud of their teams.

For the last eight years, the Admirals have been double honorees of the United Soccer Coaches’ Team Academic Award. The award is given to teams who have earned a grade point average of at least 3.25 for the academic school year.

“It’s great for our program. It shows how awesome these kids are,” Beauman, the boys coach, said about the award.

It was the 10th time the girls team has earned the award and the 17th for the boys. Beauman’s team has won the award for the last 15 years.

“This is our standard each year. They know this level of academic excellence and effort is what expected,” he said. “We talk about it often in and out of season. Success takes work and practice. It has to be in all aspects of life. If they only focused on soccer their successes would be short lived.

“Our program has produced doctors, lawyers, authors, teachers and many honorable men. I am more proud of those titles than any district or regional championship.”

Coach Smith, who runs the girls team, is also mindful of the time balance required to excel as a student athlete.

“It is always a great thing to work with young people who strive for success in everything that they do,” he said “Sometimes it does mean that they show up late to practice because of the extra time spent on academics but they are student athletes and these young ladies are excellent students and athletes.” 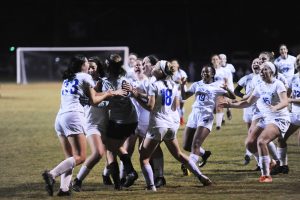 The Lady Ads start a dog pile on Sophie Sanders after her district winning save. (Photo Derek Brightwell)

Just like Beauman, Smith says that each year, his team knows that this is the standard that must be met.

“We will go forward the same as we have been, this has been the standard for several years now and each new team accepts that responsibility and will not settle for less,” he said. “As a coach, I could not ask for a better group to work with. Raising two daughters, I know that when they spend time with the team they are surrounded by role models of the highest quality.”

With the example set in the classroom, and the trophies raised on the pitch, the future continues to look bright for Danville soccer.