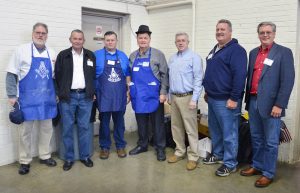 A local group recently spent a Saturday uncovering and re-setting 16 grave monuments on a farm owned by Cortney Shewmaker.

The project was sponsored by the Michael W. McHolan Family and Walden Funeral Home.

One of the monuments is for Henry Clay Whitehouse, who was Abraham Lincoln’s first cousin.

All of the monuments had fallen over and many were buried in the earth up to a foot deep. 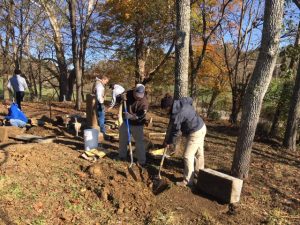 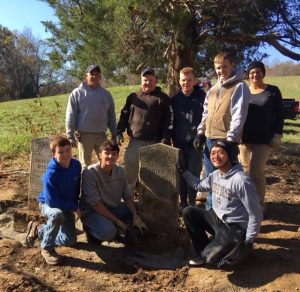 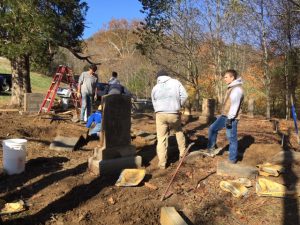 Frazier inducted into Order of the Gown at Sewanee

SEWANEE, Tennessee — Zachary Robert Frazier of Danville was inducted into the Order of the Gown at the University of the South during the Foundation Day Convocation on Sept. 20. Frazier is the son of Kimberly N. Frazier.

The Order of the Gown is an academic honor society and a unique student government body among U.S. colleges and universities. Since 1875, the Order of the Gown has remained the body responsible for maintaining the spirit, traditions and ideals of the University of the South. The wearing of the gown is both a sign of academic achievement and a promise to continue the ideals and traditions of the University.

For more information about the University, visit www.sewanee.edu.