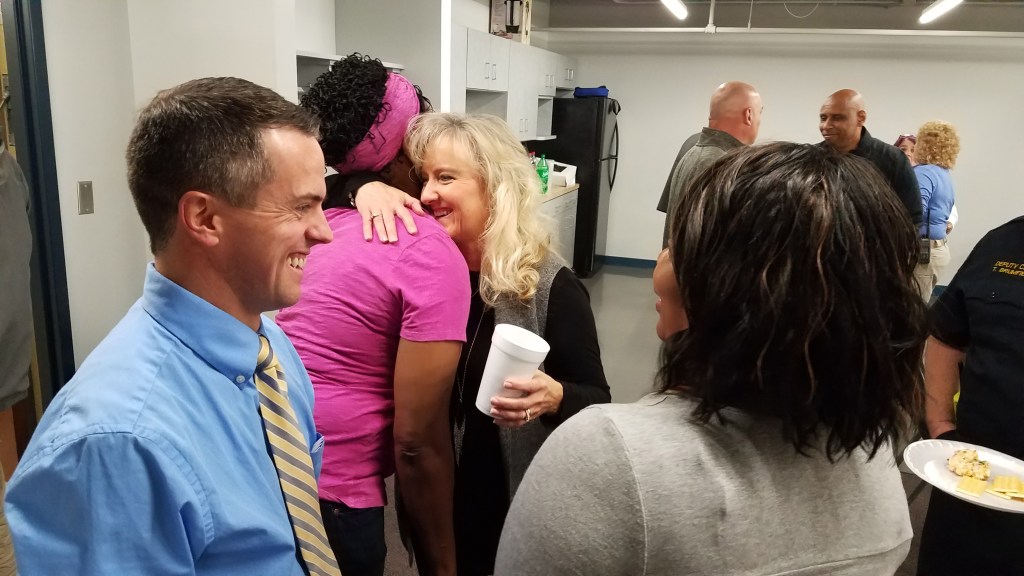 Donna Peek gives a hug while she chats with friends at her retirement party. (Photo by Ben Kleppinger)

Peek, who has worked for the City of Danville for 30 years, had her last day on the job Thursday. A who’s who of Danville-Boyle County government past and present gathered in the basement of city hall for a massive potluck spread.

In Peek’s three decades on the job, she worked for six mayors, seven city managers, and at least six fire chiefs. She began as a part-time secretary, eventually becoming city clerk. Her final role was as the city’s human resources director.

During her retirement party, Peek bounced around from group to group, catching up with friends, giving hugs and smiling a lot.

“I loved this,” she said, as the event was winding down. “I’m overwhelmed by their support and love.”