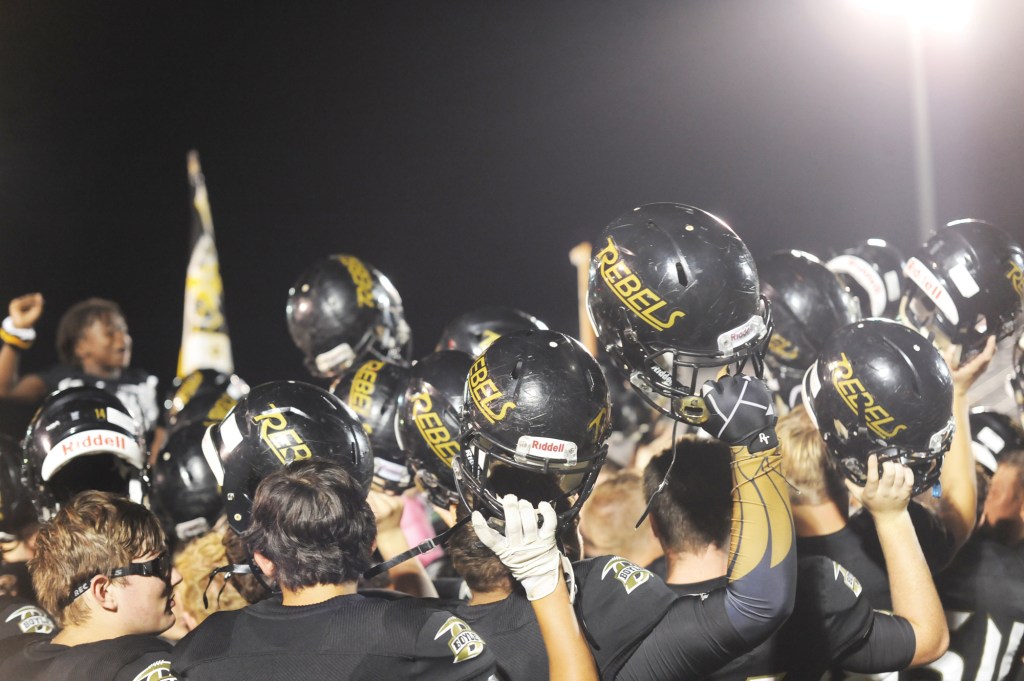 After the final horn sounded on last week’s dominant win over Lexington Catholic to claim the district title, the Rebels faced the first real uncertainty they’ve had all year — they didn’t know who they’d play in the next round.

They didn’t have to wait long to find out after Scott upset Holmes in their district final to advance to round three. Now, Boyle County faces more uncertainty as they prepare for a team they’ve never seen before.

“One thing I really like about this new structure is that you go by the rankings and play whoever comes up and sometimes it’s someone you’ve never played or coached against,” Boyle coach Chuck Smith said.

In watching the film, one player on the Eagles immediately jumped out at Smith and that’s running back Quincy Perrin.

“He’s a stud,” Smith said. “He’s stalky, short and he runs really hard. He’s got good balance, power and vision. He’s the guy who makes them go. The offensive line is really good, and with that combination, they like to run the football.”

It’s that unfamiliarity — this is the first time the teams have played each other — that is both giving pause to Smith and exciting him.

One thing he does know, is that Scott likes to load the box and force teams to beat them through the air. While that would seemingly play into the hands of one of the most potent passing games in the state — led by receiver Reese Smith and quarterback Reed Lanter — it’s not something coach Smith is sure he can count on.

“They’ll have some strategies and schemes to take away things we like to do,” he said. “That won’t be any surprise.”

On the topic of Reese Smith, the star wideout returned to the field last week after being sidelined with an ankle injury that kept him out for the final week of the regular season and the first round of the playoffs. While Smith looked like he didn’t miss a beat during the win over Lexington Catholic — 109 yards receiving with two touchdowns and a 65 yard interception return for a score — his coach doesn’t think he’s back to the player he was before the injury.

“I’m not so sure he’s 100 percent. I think he’s closer to 90 percent,” he said. “We have to keep rehabbing it and working it and getting it stronger so that it’ll stay strong through the rest of the games we can play.”

The Rebels have been as dominant as any team in the state all season long. Going into the year, they rallied behind the mantra “Finish the Mission” and that has helped keep them focused on the goal even as it’s looked like no team could stop them.

While the legendary coach deserves a lot of credit for keeping his team so locked in, coach Smith would be the first to direct that praise to his group of 19 seniors.

Rebels give back to those without for Christmas