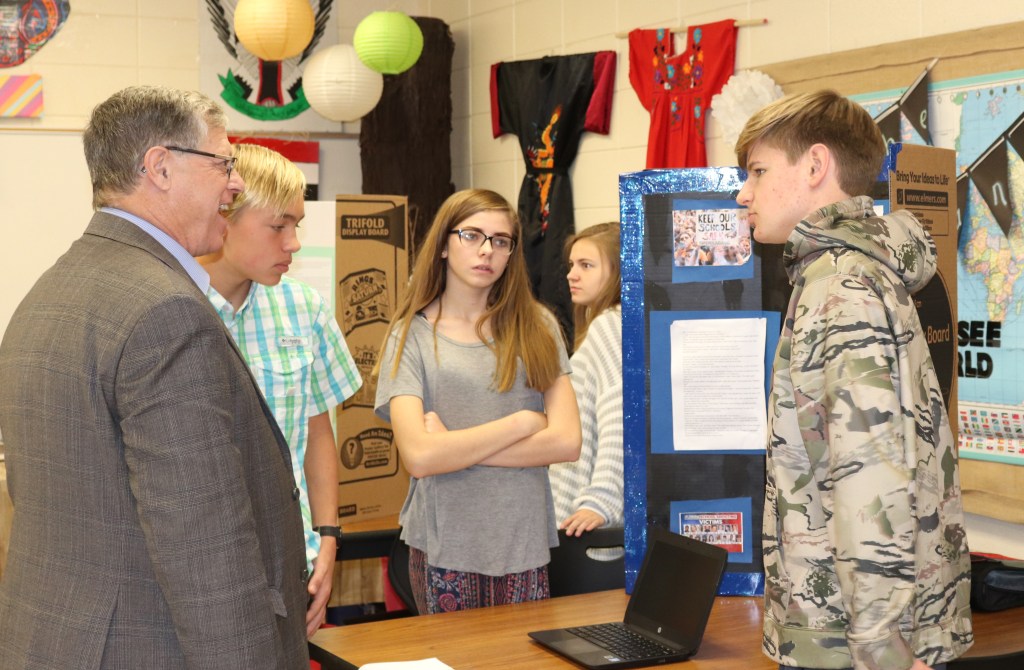 The students worked in groups and researched Kentucky’s laws on various hot-button issues. In those areas they found lacking, they worked together to build proposals for new laws, with the accompanying presentations. These proposals were in the areas of bullying, smoking, medical marijuana, animal cruelty, hunger, school safety and prescription-drug abuse.

“I am amazed at the passion these students have for their ideas once they narrow them down to specific bills,” stated  Underwood. “They work hard to think through funding and logistics beyond the initial aim of improving our state.”

Sen. Girdler likes to select a bill he can present in the Senate, with hopes of it eventually becoming law. During his time with the students, he listened carefully to their pitches and made suggestions for improvements.

Last year, a group’s project, which focused on child abuse awareness, was taken to the Education Committee and the students were able to testify before the committee.