Lincoln County looking for more than just a repeat 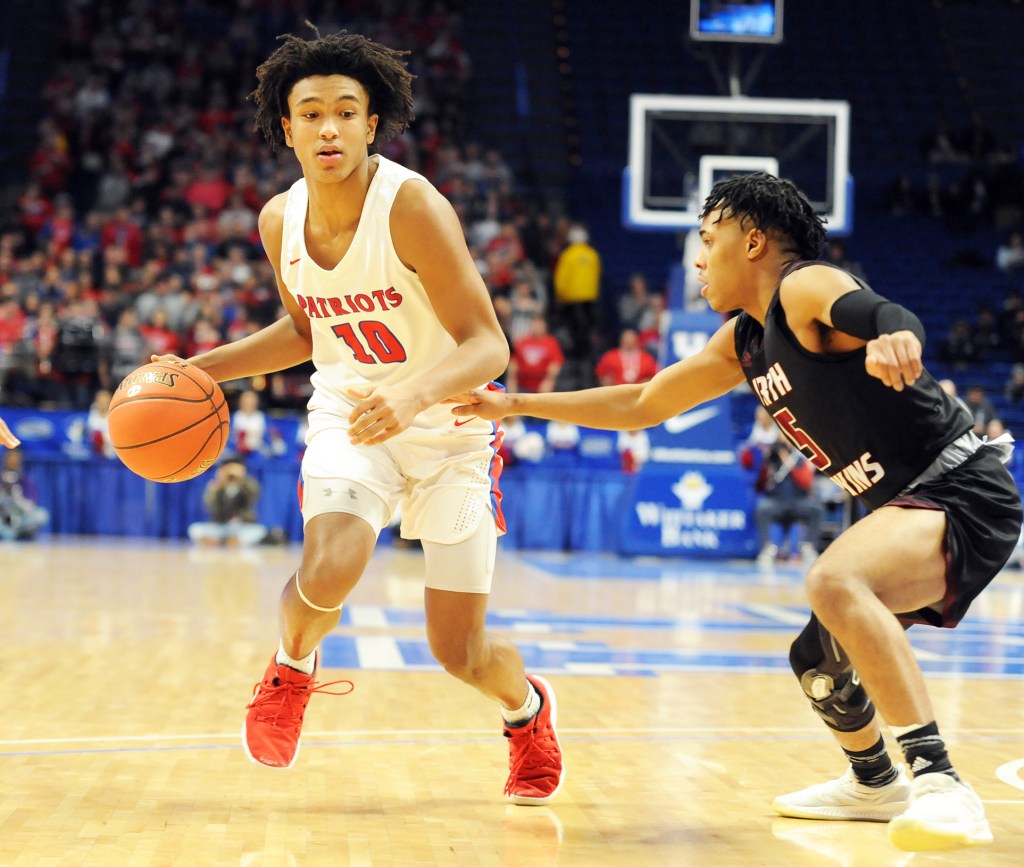 Jaxon Smith will be tasked with the role of team leader as a sophomore this year. (Photo Matt Overing)

Last year’s Lincoln County boys basketball team wasn’t highly touted going into the season — picked by some to finish seventh or eighth  — but ended up playing at Rupp Arena after winning the district and region titles.

That season ended in the first round when the Patriots fell to Madisonville-North Hopkins 57-49. This year’s team is picked at the top of the region by everyone, but if last year taught coach Jeff Jackson anything, it’s that preseason rankings don’t mean anything.

“Our region is so balanced and so deep. There’s good players and teams and coaches who work really hard every year,” he said. “We think we’re one of those seven or eight, but we’re only just one of them. We feel — just like last year — there’s seven or eight teams that have a legitimate shot at winning the region and we’re just one of them. Our region is really balanced. On any given night anyone could step up.”

One thing that will be an advantage to Lincoln is that experience gained from last season’s run.

“We’ve got quality kids back with big game experience,” Jackson said. “They’ve been through that process. They’ve just got to keep working hard and staying focused and just keep at it.”

And while they are returning a deep team, replacing senior leadership from a year ago is the challenge that almost every high school team in the state faces every year.

“We had a great group of kids last year. Lot of a senior leadership,” Jackson said. “Blake Smith was a great leader — 1,000 point scorer. He had a great calming effect. Bryson Yaden and Darius Napier were tough kids. They were football players as well. They provided quality leadership. Sawyer (Carrier) was playing really well before he broke his leg. But he was around all the time and had a great impact on the kids.

“We got hot at the right time and that’s in part because of that leadership. There was a time when we lost back to back nights where we had running clocks against Madison Central and Dunbar. We got drilled. They had a team meeting and called the team together. They decided enough was a enough.”

This year’s group of seniors — Bryston Alcorn, Riley Bodner, Preston Durham and Elijah Frye — are the natural succession to fill that leadership void, but Jackson acknowledges that they aren’t as vocal as last year’s team. He points out that they are great leaders by example, but for the vocal leader of the team, that responsibility falls on the shoulders of sophomore Jackson Smith.

“He’s the guy. I’ve told him that,” Jackson said. “The kids who’ve graduated have all come and talked to him about being more vocal. He’s a tremendous kid and he works his tail off. He’s well respected in this locker room. He’s capable of handling that. He’ll have to go through a learning curve with that but I feel very confident that by the end of the year that he’ll have us where we need to be.

“He needs to encourage everybody. Know when to fuss and when to love,” he added. “Our kids usually do a pretty good job of that, but you’re asking a sophomore to step up and take that role. We’re confident he can do that. He’s ideally the one who needs to step up because he’s going to have the ball a lot.”

In addition to Smith and the seniors, Jackson is looking to another sophomore — Cruise Wilson — to step up and provide big minutes for the Patriots.

“He’s gotten so much stronger and bigger,” Jackson said. “He’ll surprise some people with how good of an athlete he is.”

The Patriots will look to run about 10-11 deep this year, looking to get big plays from players like Brayden Weaver, Baylor Mattingly, Clayton Davis and a group of freshmen that are coming off a 38-1 season as eighth graders.

“If they keep doing the things we want them to do, then they can be called on to help us out at crucial times,” he said. “It could be someone different every time which is a good problem to have.”

The biggest thing for Jackson is to keep his team focused on the goals for this year and not let past success make them too relaxed. He cited a former player who said “complacency is the foundation of failure.”

“We’re not going to let them get complacent. They understand that they’ve got to work hard every day. We’ve got to work. We’re going to do what we do.”