The man behind Boyle’s fireworks show 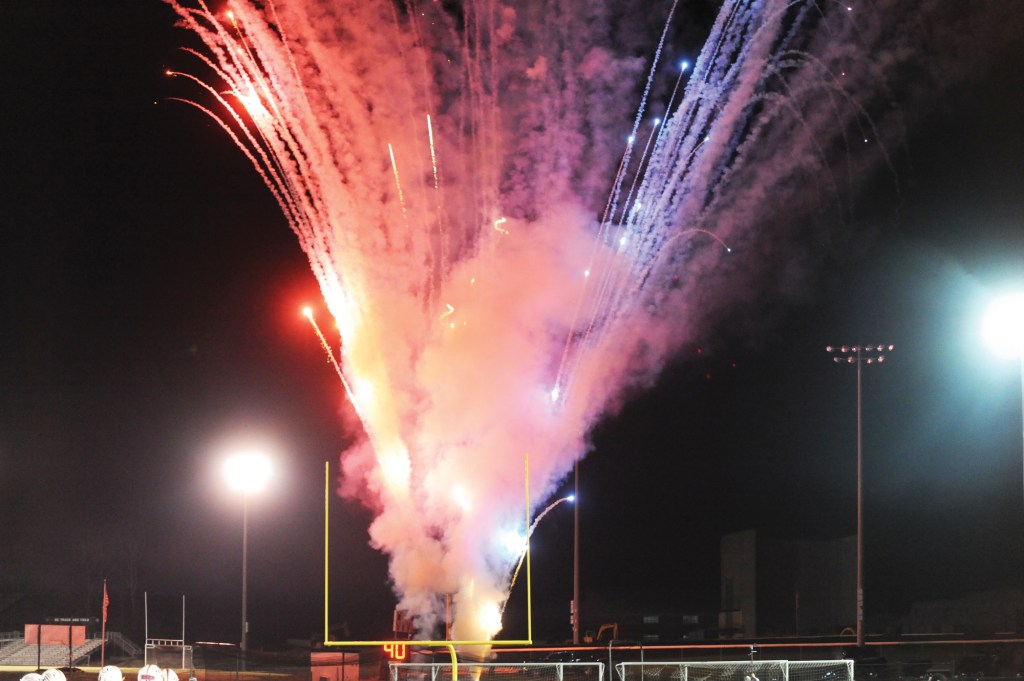 After each Boyle touchdown and win, Ernie Holman sets off an impressive display of fireworks. (Photo Derek Brightwell)

If you’ve spent a Friday night at Rebel Stadium this season, you know just how explosive the Boyle County offense has been all season long. But even if you live in the vicinity of the school, you have an idea as well thanks to the literal explosions that happen every time the Rebels put points on the board.

For that, you have Ernie Holman to thank.

For about 25 years, Holman has set up shop beside the Boyle baseball field with an arsenal of fireworks, ready for a Rebel to cross the goal line.

“I went to school here and graduated. It’s what I enjoy and I look forward every year to this,” Holman said about the fireworks show. “I enjoy being here. I like all the guys. Coach Smith has been real supportive since day one way back yonder in the mid-90’s.”

Although, Holman admits that not everybody has loved his work through the years. Several pet-owning neighbors have complained to him about the effect the loud noises have on their animals, but Holman says he’s always had the support of the Rebel faithful.

“In the past, some superintendents have come up to me — because of neighborhood complaints or whatnot — and asked if I could shoot quieter fireworks. There is no such thing,” he said with a laugh. “Some of these fireworks just coming off the ground are deafening. They want stuff that goes boom and the students and the crowd gets into it.”

This year’s iteration of the Rebel offense, Holman jokes, have pushed him to the limits.

“They’ve been hard on me this year,” he said. “I’ve had to make a special run this year to pick up some stuff. I was running low. Especially the bigger stuff. I can shoot a couple hundred a night, easy. They’ve been pretty hard on my inventory this year.” 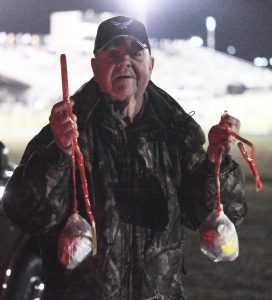 Some of the fireworks Holman makes himself, others he buys, but he’s been doing this for over 25 years. (Photo Derek Brightwell)

As a man who’s been at every home game since the mid-90’s, Holman has seen a lot of great Boyle County football teams throughout the years — including a stretch of five straight state championships during which the Rebels went 74-1. This year’s team, however, he thinks is different.

“This one here — there’s something special about this team,” he said. “Their defense is absolutely awesome. I feel like they could match up against some colleges from what I’ve seen. Their defense is just so awesome. I mean, this time tonight (Scott) — they can’t do anything with it. I’m sure they’re glad it’s a running clock right now so they can hurry up and get home. We’ve played with a running clock all but one game this year.

“But it’s just like riding — there’s never a cowboy who can’t be thrown or a horse who can’t be rode,” he added. “Same with football. Anyone can get beat and by the teams you don’t expect to give you competition. It happens.”

Holman hopes that he is able to continue doing what he loves on Friday nights, but sites concerns over increasing fireworks regulations as a reason that his display might diminish in size in the future.

One thing he’s never worried about, however, is the Rebels ability to score, even after he shoots off some shells for a TD that gets erased by a penalty.

“Sometimes, I can shoot it off and then there’s a flag that wipes it out,” he laughed. “That happens, but I figure they’re just going to make it anyway. And generally they always do.”