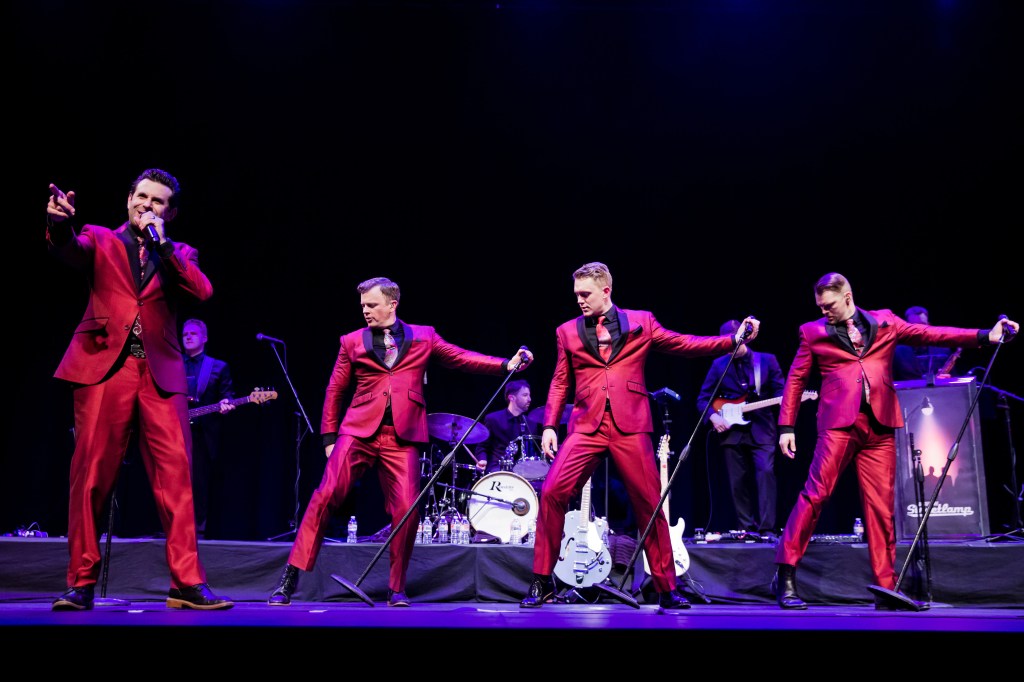 Under the Streetlamp comes to Danville, Kentucky for one night only, Dec. 6, for a live performance at Centre College’s Norton Center for the Arts. (Photo by Eric Morgensen Photography)

Under the Streetlamp comes to Danville, Kentucky for one night only, Dec. 6, for a live performance at Centre College’s Norton Center for the Arts.

This special holiday show celebrates the season with rocking renditions of classic hits from the American radio songbook, plus music from their fan-favorite album “Hip to the Holidays,” including “White Christmas,” “Santa Bring my Baby Back,” “Ave Maria” and more. Tickets start at $39 and are on sale now at nortoncenter.com.

Inspired by the classic hits of Frankie Valli and The Four Seasons, The Everly Brothers, The Beatles, Roy Orbison, The Beach Boys, Bobby Darin, and others, Under the Streetlamp reimagines the best music of the 50s, 60s, and 70s for today’s audiences.

It will be the second time the show has performed at the Norton Center for the Arts, but the first time that the brand will bring its “Hip to the Holidays” performance to Central Kentucky.

The group was founded in 2009, by leading cast members from the Tony-Award winning sensation “Jersey Boys.” Since their origination, the group has performed in multiple televised PBS specials with coverage across the US and Canada.

Current company members of Under the Streetlamp include Eric Gutman, David Larsen, Brandon Wardell and Shonn Wiley. Each performer carries with him an impressive list of credits. Between them, they have appeared on Broadway, in feature films and on television – including special appearances during the New Year’s Eve celebration in Times Square, on “The Tonight Show,” “The Primetime Emmy Awards,” “The Tony Awards, “The Oprah Winfrey Show” and in hit musicals including The Book of Mormon, Jersey Boys, 42nd Street, Thoroughly Modern Millie, Good Vibrations and Billy Elliott.