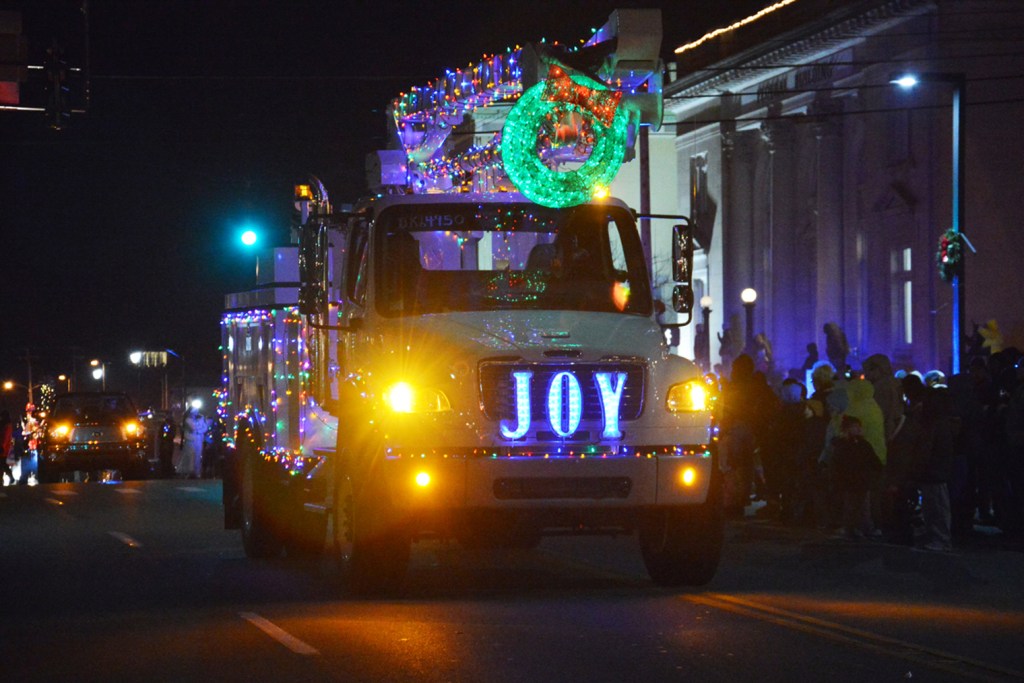 It’s beginning to look a lot like Christmas in downtown Danville, and upcoming events will make it feel like the holidays too.

This year, the 10th annual Shop Small Saturday will be celebrated tomorrow (Saturday, Nov. 30), said Heart of Danville Executive Director Dustin Duvall. It’s a nationwide movement begun 10 years ago by a credit card company to support local small businesses and encourage shoppers to visit their communities’ locally owned stores and restaurants, instead of heading to the mall or large chain stores, Duvall said.

The following Saturday will be another festive day. He hopes people and their families will head downtown, do some shopping and have a bite to eat before watching the annual lighting of the city’s Christmas tree and enjoying the nighttime parade.

At 5:40 p.m., The Advocate-Brass Band and the Danville Children’s Choir will perform holiday music at Weisiger Park, near the Boyle County Courthouse. At 6 p.m., a switch will be thrown and the huge evergreen tree on the courthouse lawn will be turned into a magical, glowing Christmas decoration for everyone in the city to enjoy.

Afterward, the crowd will be invited across the street to the Art Center of the Bluegrass where a reception with light refreshments will be served.

Or folks may want to head over to the fire department where the City of Danville and firefighters will be serving free chili dinners until the end of the parade. Cash donations and new, unwrapped toys will be accepted to help boost the fire department’s annual toy drive.

The highlight of the evening will be the parade, which begins around 7 p.m., Duvall said, and as tradition, Santa will be ushered into town on a big red firetruck.

“Christmas Around the World” is the theme for the parade and 40 entries are already preparing to march down Main Street. There will probably be more by the time the parade starts, Duvall said.

There will be floats, church groups, Cub Scouts, students and several “walking units,” he said. A Corvette Club will roll their cars down the street and the Danville High School band will be marching to the beat of their own drums. It’s up in the air if Boyle County High School band will be able to make it to the parade, Duvall said; it depends if their football team plays in the Class 4A championship that afternoon.

“There’s a wide variety (of entries) for sure, Duvall said.

“It was a lot of fun last year.” Even though it was bitter cold, at least it wasn’t raining, he said. And he’s hoping for another clear night this year.

Republic Services denies it has plans to close Danville…