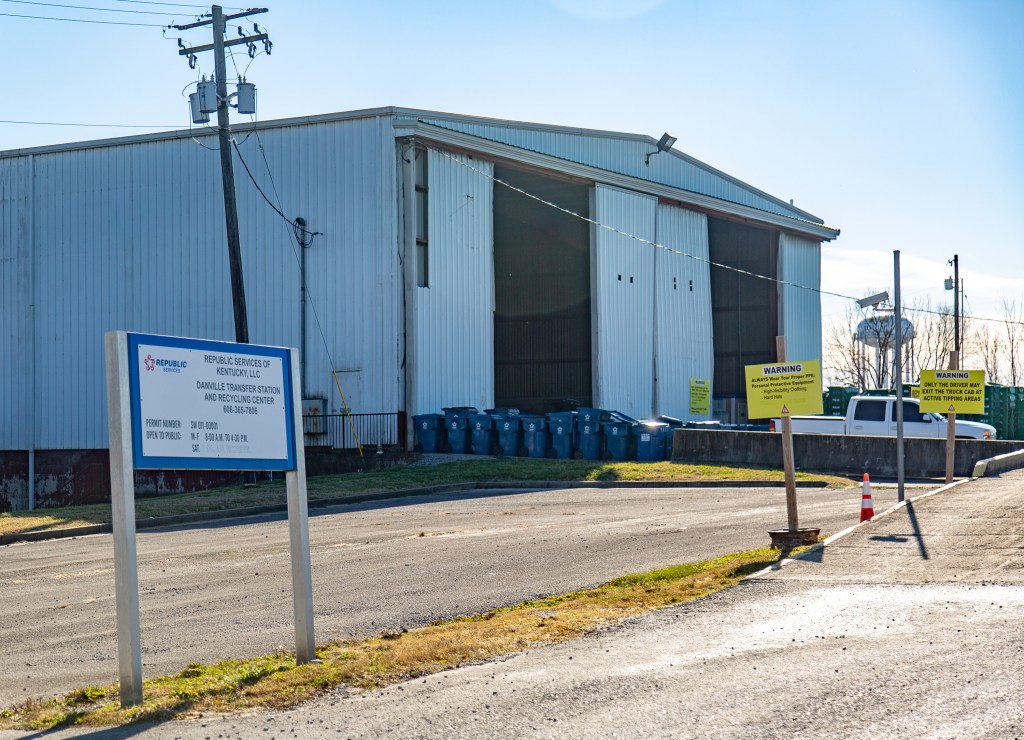 Republic Services is in the process of negotiating changes to its contract with the Boyle County Fiscal Court, and one change that has been discussed is the possibility of closing the waste transfer station on Dillehay Street in Danville, according to Boyle County Solid Waste Director Angela Muncy.

Muncy was clear Wednesday that the station is not closing and that no changes in the contract have been agreed upon yet. But she said she’s been pushing back against any effort to close the transfer station.

Republic Services issued a statement to The Advocate-Messenger Wednesday afternoon on the matter:

“Republic Services has no plan to close the transfer station, and has, in no way, engaged in conduct that suggests we have not or will not comply with our contractual obligations. We proudly serve the Boyle County community and continuously strive to provide the best value and service to our customer. We look forward to a continued partnership and a shared commitment to provide the best solid waste programs in Kentucky.”

The topic of the transfer station came up at Tuesday’s Boyle County Fiscal Court meeting, during discussion of the most recent Solid Waste Committee meeting. Muncy was asked by magistrates to speak about the issue, and she told them Republic has been talking about the possibility of closing the transfer station because it doesn’t get used a lot and loses money.

Muncy said she has been talking about different options with Republic, but that if an agreement isn’t reached and Republic closes the transfer station anyway, she would view that as a breach of the contract.

If that happens, it would also harm Republic’s chances of keeping its city-wide curbside pickup contract with the City of Danville, which runs out next year, she said Tuesday evening.

“I’ve given them an ultimatum at this point,” Muncy told Boyle County magistrates Tuesday. “It’s either they give us our way or they breach their contract — it’s as simple as that.”

Muncy said Tuesday evening she has given Republic two different alternatives to keeping the transfer station open, but Republic has yet to accept either alternative.

The transfer station takes bulky construction waste like drywall, which isn’t accepted at the county’s free-to-use convenience centers. The station charges users by the weight of the waste, plus fees. The minimum charge is $40, Muncy said.

Muncy said there are other solid waste companies out there who would be very interested if a contract that size became available. And she said she’s more concerned about Boyle County residents getting their services than Republic’s bottom line.

“This ain’t business — it really is not. It might be their business, but we’re public servants,” she said. “As long as I’m here, I’m going to serve the people and do what I think is best for the county as a whole.”

Muncy said Republic’s contract for curbside pickup in Danville is a different beast, but because of how things work in the solid waste world, she thinks it would hurt the company’s chances at re-upping with Danville next year if it walks away from its contract with Boyle County.

Muncy noted that “we don’t want to get rid of them” and Republic is currently fulfilling its contract. The company also empties the trash compactors at each convenience center and transports recycling boxes to the county’s recycling center, among other duties, she said.

It’s true if the county has to find a new company that there could be delays or lapses in some services, Muncy acknowledged.

Muncy said the options she provided Republic were “nothing unreasonable;” she’s waiting to hear back from the company on those options.

“If they don’t want to keep it open, then they’ll just have to leave.”