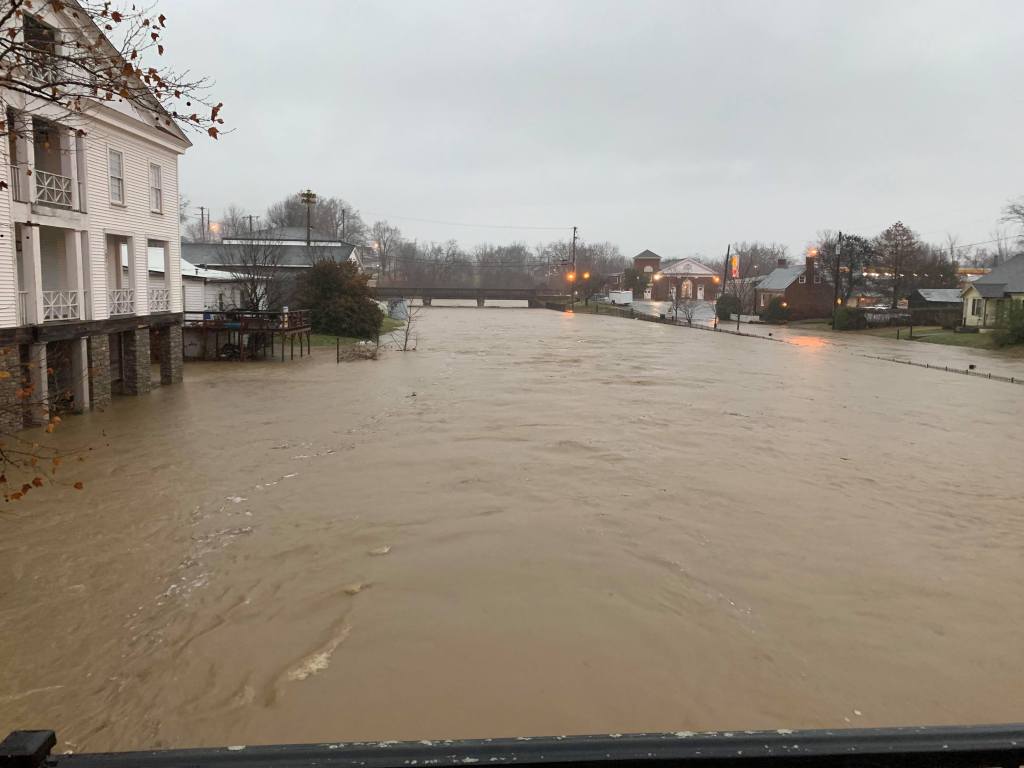 Wilder was in Perryville at 4 p.m. Saturday checking out conditions. “It’s the typical roads that get under water every time we have an excessive amount of rain,” he said, but that the high waters in Perryville had already begun to recede considerably.

There were no evacuations due to flooding, he said.

“It’s U.S. 68/Harrodsburg Road that was under water, Mitchellsburg Road — again, these are the roads when any time we get an excessive amount of rain, they tend to flood.” 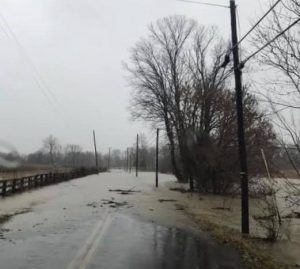 MItchellsburg Road, going out of Perryville, is seen flooded from Saturday. (Photo submitted)

Wilder had spoken to the National Weather Service just before 4 p.m. “We had a little wall coming through right now,” which he said is due to let up.

However, “We’ve got another line of fairly heavy rain that will come through, probably around 6:30 or 7 tonight (Saturday).” Wilder said hopefully the day’s earlier rain water will be receded enough by then not to cause more problems.

“After that, we should start drying out around 9 or 9:30 tonight, should be find without anything drastic. If anyone is out and needs help, they need to feel free to call 911 or dispatch. There is law enforcement out and they can help when needed.”

As per usual, Wilder said, don’t drive through high water. “It doesn’t take but an inch to hydroplane — it just takes that much.” 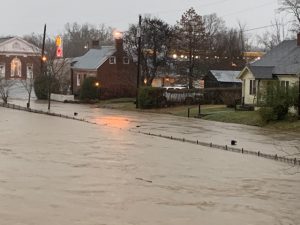 The Chaplin River in Perryville (Photo by Mike Wilder)